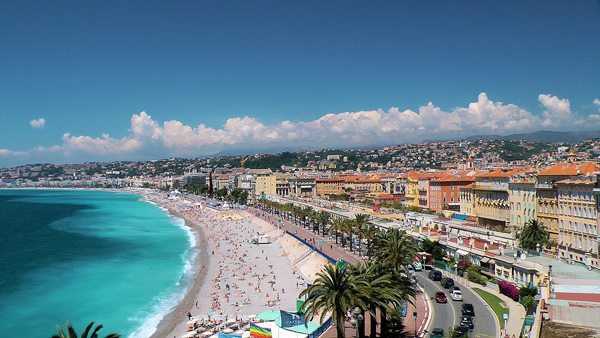 The Promenade des Anglais in Nice where the tragedy occurred

A Northern Ireland fan has died in Nice after falling from a promenade in the early hours of this morning.

Darren Rodgers, who was aged 25 and from Ballymena, is believed to have been on his own when he fell onto a rocky section of the beach.

The supporter was among thousands of traveling Northern Ireland fans who were in the French seaside city to witness the team’s 1-0 defeat to Poland in their Euro 2016 Group C opener.

The tragedy was first reported by French media and police say they are treating the death at the Promenade des Anglais as an accident.

Supt Nigel Goddard, who is leading the PSNI team in France, said: “I was informed this morning by my French counterparts of this tragic news.

"The processes are that the Foreign and Commonwealth Office will make contact with this man's family.

"I believe it was an accident,” he added.

He tweeted: “So sad to wake up to the tragic news that a Northern Ireland fan has died in Nice, thoughts are with his family and friends.”

The Irish Football Association added: “The thoughts of everyone at the IFA are with the family of the Northern Ireland supporter who tragically passed away in Nice last night.”

Northern Ireland travel to Lyon for their second group game, as they take on Ukraine at the Parc Olympique Lyonnais on Thursday.