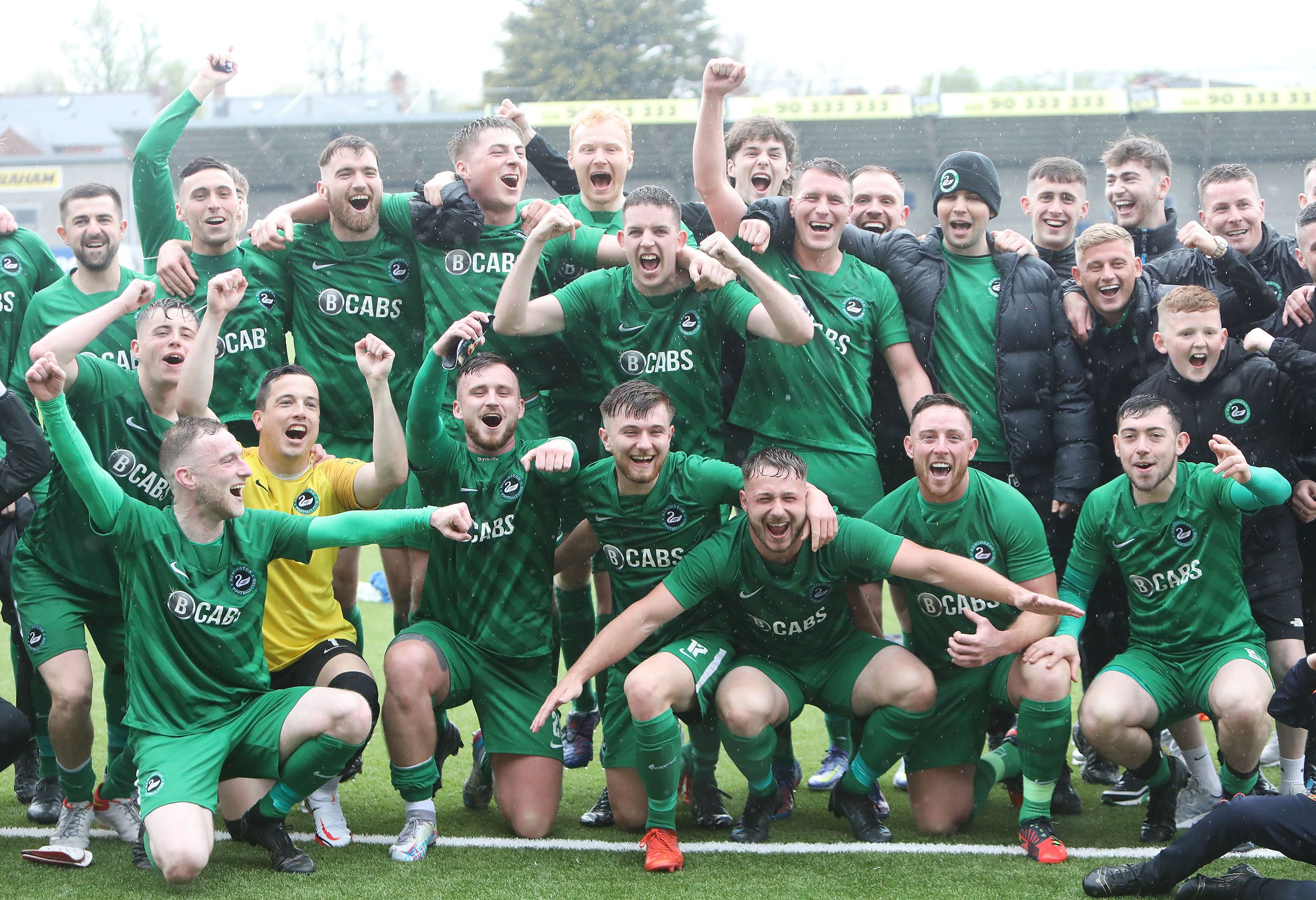 NEWINGTON kicked off Saturday afternoon knowing that a win against Armagh City could see them crowned champions of the NIFL Premier Intermediate.

To do so, they’d need a little bit of help from Limavady just 50 miles northeast along the A6, as they hosted Bangor; the only team still capable of preventing Newington’s seemingly inevitable promotion to the second tier.

Newington showed their intention early on, immediately putting Armagh on the backfoot, earning a corner in the opening minute.

A throw-in straight from the Stoke City 2010 playbook from Newington full-back caused a scramble in the Armagh box allowing Aodhfionn Casey to pounce and put the hosts in front in the second minute. A dream start for the North Belfast side. Not long after Armagh goalkeeper Conner Byrne was picking the ball out of the back of his net, his side were once again ripped apart. The Armagh defence was split wide open allowing Darren Stuart to run through for a clear sight of goal before neatly tucking the ball away into the bottom corner. 2-0, and we hadn’t reached 10 minutes.

Armagh had very little joy throughout the first half, relying on long balls being aimed toward striker Conor Mullen, however the striker struggled to compete with the aerial presence and physicality of Newington centre back Kevin Bradley, as the defender continued to gobble up everything that came his way.

With the Newington defence comfortably controlling the Armagh attack, the midfield began playing with real confidence, as Gary Warwick and Patrick Downey began to toy with the opposition, playing lovely one-touch football in the middle of the park. The midfield duo, along with the ever-willing running of Robert McVarnock, whose presence on the right wing provided a constant outlet for the home side as they continued to attack the Armagh left back, saw Armagh pushed back deep into their own half.

The frustration in the Armagh side grew and grew, as Mullen began to drop deeper and deeper to get on the ball, with little success, as the home side continued to suffocate the visitors.

Constant misplaced passes from the Armagh midfield only served to further compound the misery of the eagles, and the guests once again were the architects of their own downfall when a misplaced pass on the 26th minute allowed Tiarnan McNicholl to send another past the away goalkeeper. 3-0.

The move of the match, however, would arrive 10 minutes later when a beautiful one-two between Patrick Downey and Tiarnan McNicholl provided the home side with another goal, with the latter setting up the former to make it four. Statuesque defending from the Armagh defenders allowed McNicholl to ghost through the middle of defence as the defenders half-heartedly appealed for offside, albeit with more hope than expectation, but take nothing away from the intricate football played by Downey and McNicholl. Armagh were capitulating.

It would have felt unfair had the full-time whistle blown and Gary Warwick not somehow found himself on the score sheet, as the midfielder was immense from the first whistle to the last.

However, right before half-time, the Newington number 8 was able to capitalise on a mistake between Armagh goalkeeper and defender Dermot McCaffrey, allowing the star man to stroke the ball into the side netting. Five.

Shea Campbell had seen enough. Electing not to wait to half time, the Armagh City manager made five changes before the interval, and with the match all but over these changes serving presumably more as a deterrent to the remaining players, rather than tactical.

With Newington holding up their end of the bargain, they were however still reliant on results elsewhere, but just before half time Bangor took the lead against Limavady, with Jamie Glover making it 2-1 in the 33rd minute. As it stood, Newington would have to wait until Tuesday to potentially seal promotion when they travel to Dollingstown.

The half-time whistle beckoned, but not before Newington goalkeeper Marc Maybin pulled out the theatrics to run down the clock, much to the joy of the home crowd. Possibly his only touch of the first 45. 5-0 at half time.

Naturally, the tempo of the second half would not live up to that of the first, and with the three points all but in the bag, the home team’s attention turned to Bangor. 10 minutes into the second half, news began to filter through that Limavady had equalised. Even with a vastly superior goal difference, this would not be enough to see Newington crowned champions on the day. However, in football, when it’s your day, it really is your day; five minutes later Ryan Devine put Limavady 3-2 up against Bangor. The title beckoned. Newington needed the results to stay as they were, with only 30 minutes remaining in both fixtures.

In the 71st minute, Newington players and fans could really begin to believe, as news once again filtered through that Limavady had gone 4-2 up and the North Belfast side were on the cusp of being crowned champions.

Not before a late consolation for the Eagles as Adam Wright calmly tucked away a sensational cross-field pass to make it 5-1.

A minor blemish on an otherwise perfect home performance for the swans. The match would be capped off by a goal from another outstanding player on the day, full back Robert McVarnock. The wide man was tremendous all afternoon, torturing the Armagh City left back. A neat finish from the defender capped off a great afternoon’s work.

The sound of the final whistle confirmed the inevitable; 3 points. All was left to do now was wait. The players and coaching staff gathered around a mobile phone in a huddle on the centre circle, waiting.

With what could only be seconds left to play in Limavady, and 2 goals in it, the Newington players would have been forgiven for celebrating prematurely. In football though, nothing is guaranteed. They waited. Moments later, it arrived. Limavady 4, Bangor City 2, full time. Thus confirming Newington’s promotion to the third tier of Northern Irish football and at last, Paul Hamilton and his side could celebrate after a long and difficult season, and look forward to life in the NIFL Championship next season. 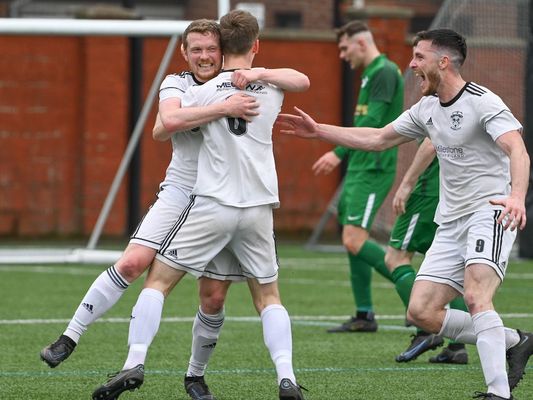