NIFL Premiership: Reds move up to fourth with Carrick rout 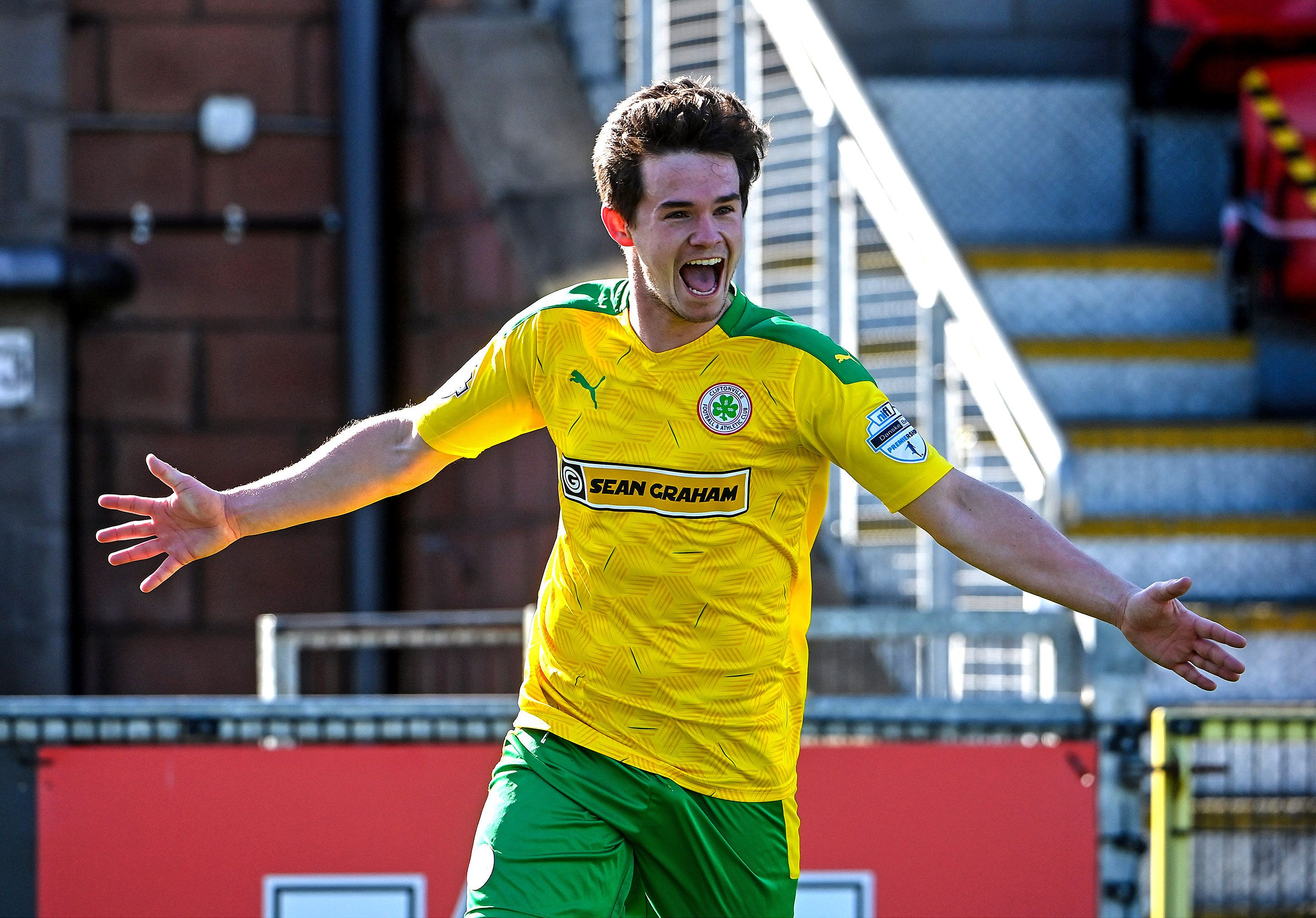 CLIFTONVILLE moved into fourth place prior to the league split with a comfortable 5-0 win over Carrick Rangers at Solitude on Saturday afternoon.

A quickfire Michael McCrudden double had the Reds in cruise control early on and captain for the afternoon Garry Breen headed in a third.

McCrudden secured his hat-trick before the break with substitute Barry Coffey finishing the scoring late on to cap a straightforward afternoon in the Solitude sun to the delight of Paddy McLaughlin who praised his sides second half approach.

“You don’t be disrespectful to anybody at half-time no matter what the score is, especially in the Premiership,”said McLaughlin.

“Because if they score an early goal in the second half then they are back in the game, so we knew we had to be careful how we approached the second half, and I thought the boys did a good, professional job.

“It was a mountain for them to climb - it would have been a mountain for any team to climb at 4-0 down at half-time.
“We didn’t want to get too complacent, and we made sure that we didn’t give them anything to play for and keeping the clean sheet was important to us.

“I thought the back four in the second half defended well when they had to, and they were disciplined in what they had to do. The first half performance was ruthless by our front men and especially Michael (McCrudden).

Reds boss McLaughlin made two enforced changes from the starting 11 that were beaten 2-0 by Glentoran on Tuesday evening.

Ryan O’Reilly and Chris Curran both dropped out through injury with Seanan Foster and Daniel Kearns coming into the starting line-up.

Cliftonville began with attacking intent in the early stages and were almost ahead through a Rory Hale cross that was just too high to trouble Aaron Hogg in the Carrick goal.

However, they did hit the front after six minutes, a low Rory Hale cross from the right was swept home by Michael McCrudden for the Derry native’s 11th of the campaign.

McCrudden went through a baron spell up until a hat-trick against Warrenpoint at the beginning of the month and he doubled his tally for the afternoon within two minutes of the opener.

A mistake from Lee Chapman allowed McCrudden a sighting of goal and after an angled run his low shot across Hogg went through the ’keeper and into the net to make it 2-0.

A third goal almost arrived when Hale picked out Daire O’Connor with a cross-field pass and he clipped the ball into the area where Ryan Curran’s downward header was gathered by Hogg.

Just after the half-hour mark the third did arrive, Aaron Donnelly’s corner from left was met by the head of stand-in captain Breen whose header was parried by Hogg, but Breen showed determination to glance home at the second time of asking.

Carrick almost had a lifeline when Hale and Kris Lowe went for the same ball in the air which presented Cathair Friel with an opportunity, but his low shot drew a one-handed stop from McCarey.

Hogg had to be alert to turn away a Kearns shot at the other end before Cliftonville made it 4-0 at the interval.

🎥 Why not round your Saturday off by enjoying full coverage of today's five-star display all over again?

Daniel Kearns held onto the ball and delayed a pass to McCrudden on the overlap before slipping the striker who secured his third hat-trick of the season.

Cliftonville had the first opportunity after the break when Ryan Curran hooked the ball over Hogg, but with a defender covering on the line Curran fluffed his lines.

Jordan Gibson saw his shot charged behind for a corner and Gerard Kelly let fly with an effort that went past the post as the visitors had their best spell in the game.

With a quarter of an hour remaining substitute Caolan Loughran drew a fine stop from McCarey with a free kick that was heading for the top corner.

That may have been enough to shake the hosts back into life as McCrudden cut the ball back for Ryan Curran whose shot was parried by Hogg and eventually scrambled to safety.

With little over 10 minutes remaining, the fifth goal arrived and it was a collector’s item for on-loan Celtic midfielder Barry Coffey whose shot from the edge of the area flew like an arrow into the top corner.

Lloyd Anderson dragged an effort across the face of goal and wide however the East Antrim outfit were unable to find a consolation as Cliftonville ran out convincing winners to leapfrog Larne into fourth place in the table.