‘No-one else should go through this’: mother of tragic Caoimhe speaks out 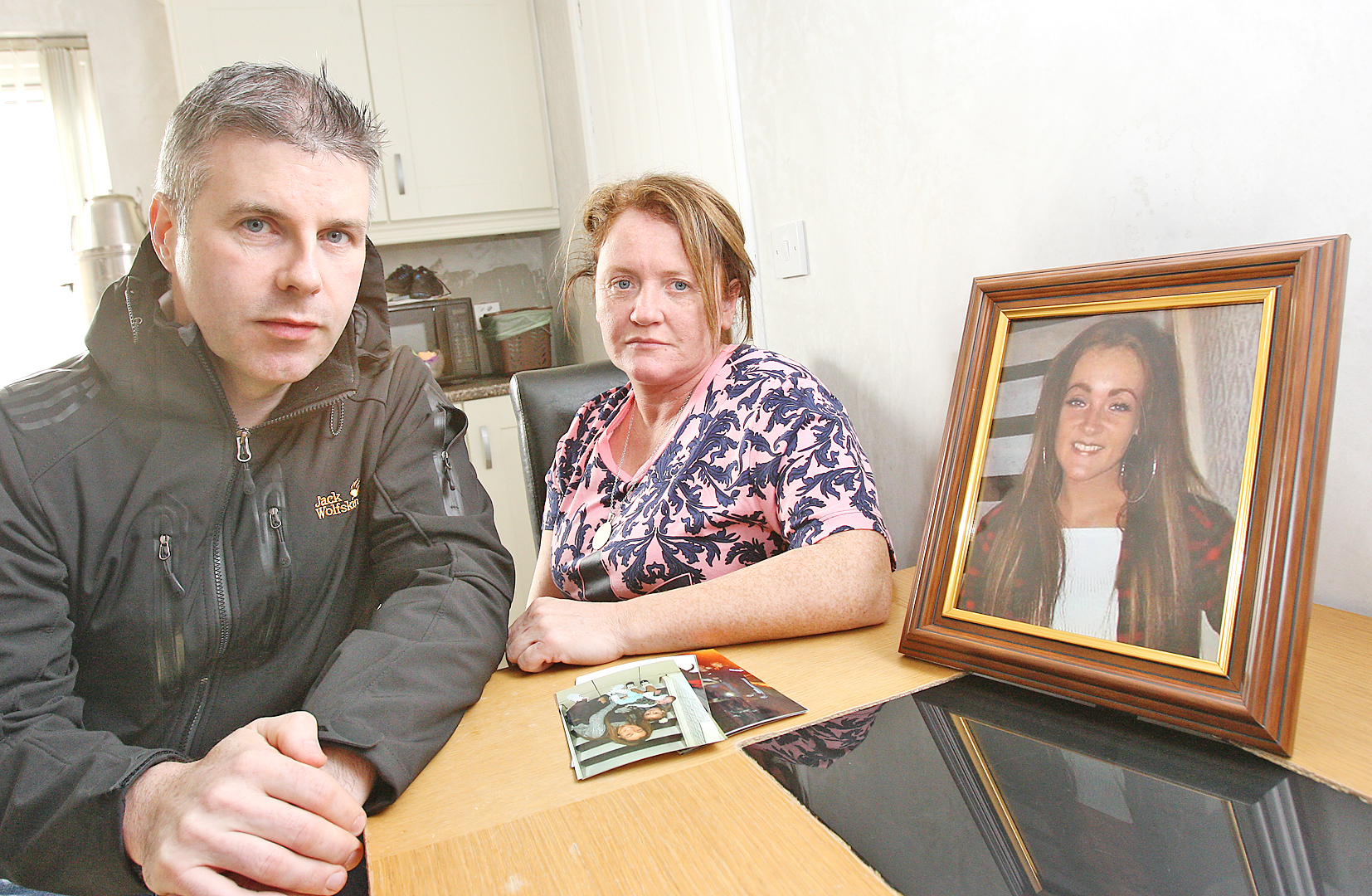 Noreen Lavery and Cllr Stevie Corr with family photos of Caoimhe, a mother-of-two who took her own life aged 21 after battling mental illness

THE distraught mother of 21-year-old Caoimhe Lavery, who took her own life after a long battle with mental illness, has spoken out to say no other family should have to experience such a loss.

And she called for more core health care provision for those battling mental health problems.

Speaking from her Springhill home, Caoimhe’s mother Noreen told the Andersonstown News how her “brilliant” daughter – a mother of two young children – had a history of mental health problems from the age of 15. Caoimhe had an appointment with the Belfast Trust’s Self Harm and Personality Disorder Service on the Antrim Road on February 24, two days before her February 26 death, but it was rescheduled to next Monday. Noreen said it was “too little too late”.

“Caoimhe had had a history of mental health problems from around the age of 15,” explained Noreen. “She had been getting a lot of help due to her age. She was still classed as a juvenile and had spent time at Beechcroft mental health unit over by the Saintfield Road. But once she turned 18 it was if she was taken off the Trust’s books. We feel Caoimhe was just put to the side and no-one cared any more.”

The Lavery family now feel that Caoimhe was “neglected” by the Trust.

“We had to bring Caoimhe over to the Beldoc many times and to the Mater Hospital, but they just kept sending her home and sending her home. Caoimhe went from a child who never complained, who would never have said she was sick, to just crying out for help.”

The Lavery family found Caoimhe – partner of 23-year-old Dean McComb – in the City Cemetery after notifying the police around 10.30pm on the Friday night. The family instinctively went to the cemetery based on the number of previous suicides there.

“And there she was,” said Noreen. “Caoimhe had her handbag set perfectly beside her.”

Noreen told of how the family have been plunged into further turmoil after another of her daughters, aged just 14,  attempted to take her own life last Saturday night.

Noreen described Caoimhe, a Gaeilgeoir and former Coláiste Feirste pupil, as  a girl with a great sense of humour who loved to dance.

“Caoimhe was a brilliant daughter, mother, sister and partner. She danced with the Rapture troupe and was always singing. She was funny and was the type of person to always speak her mind. Part of the reason I’m  talking to the Andersonstown News is to say to those struggling to speak out. This can’t be allowed to happen to anybody else. I just want to thank all of our family and friends who have rallied round. Rapture for doing the guard of honour at Caoimhe’s funeral. Fr Darrach Mac Giolla Catháin from Corpus Christi who said prayers in Irish in her ear when we found her. And I want to say a special thanks to the paramedics who tried so hard to help Caoimhe.”

A spokesperson for the Belfast Trust said:“Many young people come to Child and Adolescent Mental Health Services with issues which are intertwined with their adolescence and do not require ongoing mental health care after the age of 18. Where individuals do require ongoing care they are identified and a plan for their transition to adult care is commenced before their 18th birthday. This is often a difficult transition for young people and significant work has been undertaken by the Trust in recent years to make this as easy as possible.”