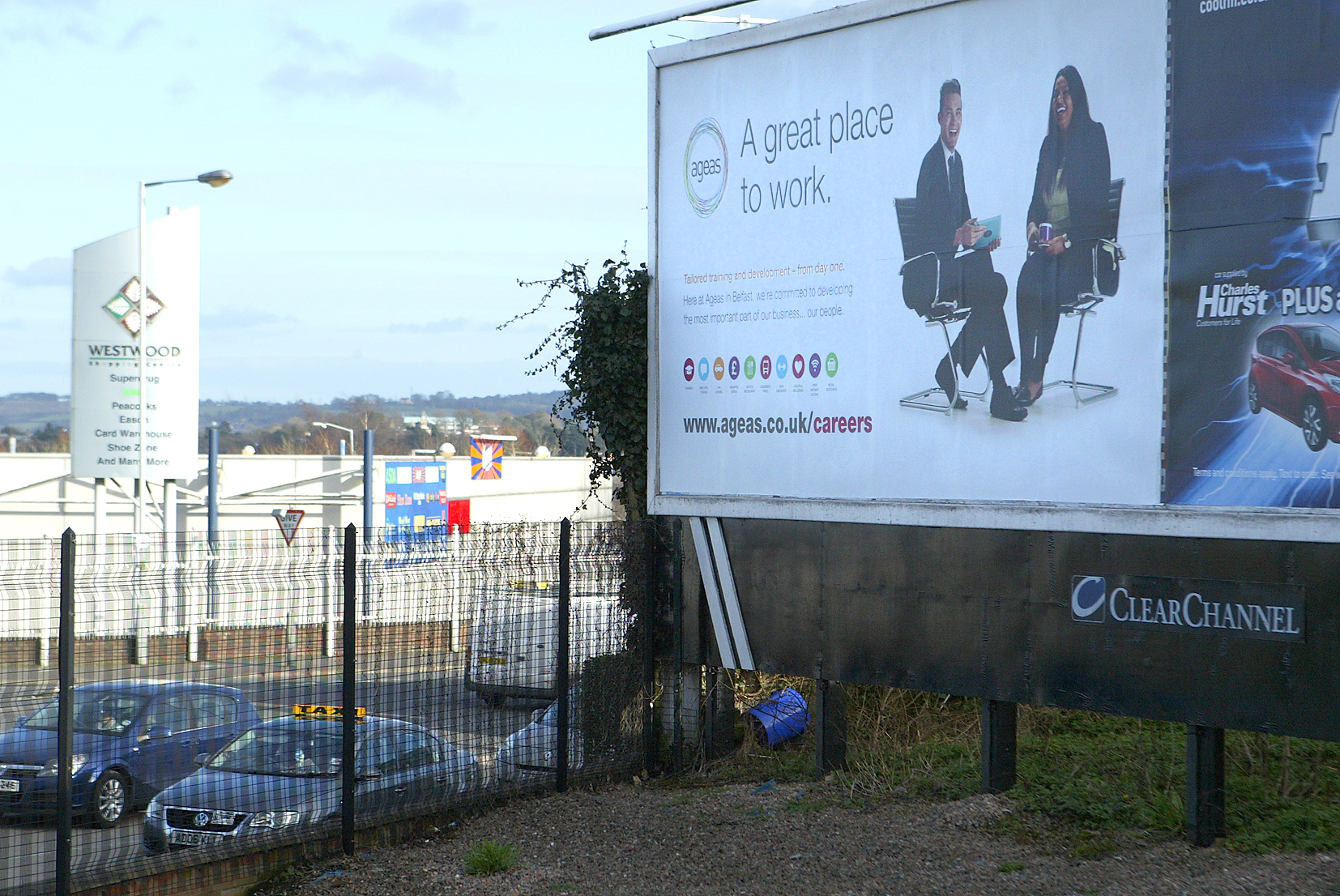 A billboard at the junction of the Andersonstown Road and Kennedy Way advertising careers in Ageas, which is to close its West Belfast operation with the loss of 200 jobs

The company that’s about to lay off 200 workers at its West Belfast offices was advertising for staff on this Andersonstown Road billboard yesterday even as it was telling its workers the bad news.

Staff at the Ageas call centre in Springvale Business Park were called into a meeting without warning yesterday afternoon to learn the company plans to shut its Belfast operation.

One devastated staff member said the workforce were completely unaware the news was coming until they were called into a meeting with senior management who flew over from the UK head office to deliver the news.

“We were on the phones and suddenly just told to end the calls and go into a meeting,” said the Ageas worker, who asked not to be named. “They then said they planned to pull out of Belfast and our jobs were at risk. Staff were asking questions but they kept saying we’d know when we had a one-to-one meeting. No-one had a clue, not our managers or anyone. People are devastated, there are women and men crying because we don’t know what to do.”

A spokeswoman for Ageas Retail said they have entered a 90-day consultation period with employees over the potential closure of its Belfast operation.

“Over the last two years there has been a significant drop in sales from this activity reflecting both the changing behaviour of consumers, who are becoming less responsive to outbound calls, and declining performance from consumer databases,” she said. “This has led to the difficult situation where the Belfast site has become increasingly uneconomical. There will now be a consultation period with employees until June where the proposal and any viable alternatives will be fully explored.

“If suitable solutions cannot be found, Ageas Retail will do all it can to help employees find alternative employment including the provision of additional outplacement and career services support. The outcome of the consultation will be confirmed by June 2015.”

“I have been in contact with some staff and am now seeking an urgent meeting with the company to see what can be done,” he said. “This is a shocking way to treat the people who work there and the broader West Belfast community.”