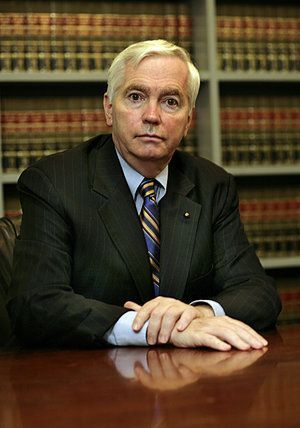 Following hard on the heels of the visiting U.S. congressional delegation led by Congressman Richard Neal, an audience at Queen's University Belfast will this week be given an even more detailed perspective on current Irish American thinking on issues surrounding the future of the North in the wake of Brexit and in the context of continued Irish American backing for the Good Friday Agreement.

The title of the speech is 'Irish America From The Troubles to Brexit: A Sleeping Giant Awakes'.

The 5 pm gathering in the university's Emeleus Theatre - which is free and open to the public - is being hosted by the Queen's Institute of Irish Studies School of History, Anthropology, Philosophy and Politics.

The speech is expected to underline Irish America's sustained involvement in the peace and political process, and support for the GFA in the face of newly emerging challenges in the years since full implementation of Brexit.

O'Dwyer boasts a string of awards including the Irish Echo Person of the Year Award and remains among the most senior figures in Irish America.

The lecture is free and open to the public and will be held in the Emeleus Lecture Theatre at Queens University Belfast on 7 June at 5 pm. Registration is required via Eventbrite.