OAP who spoke out against thugs suffers nervous breakdown 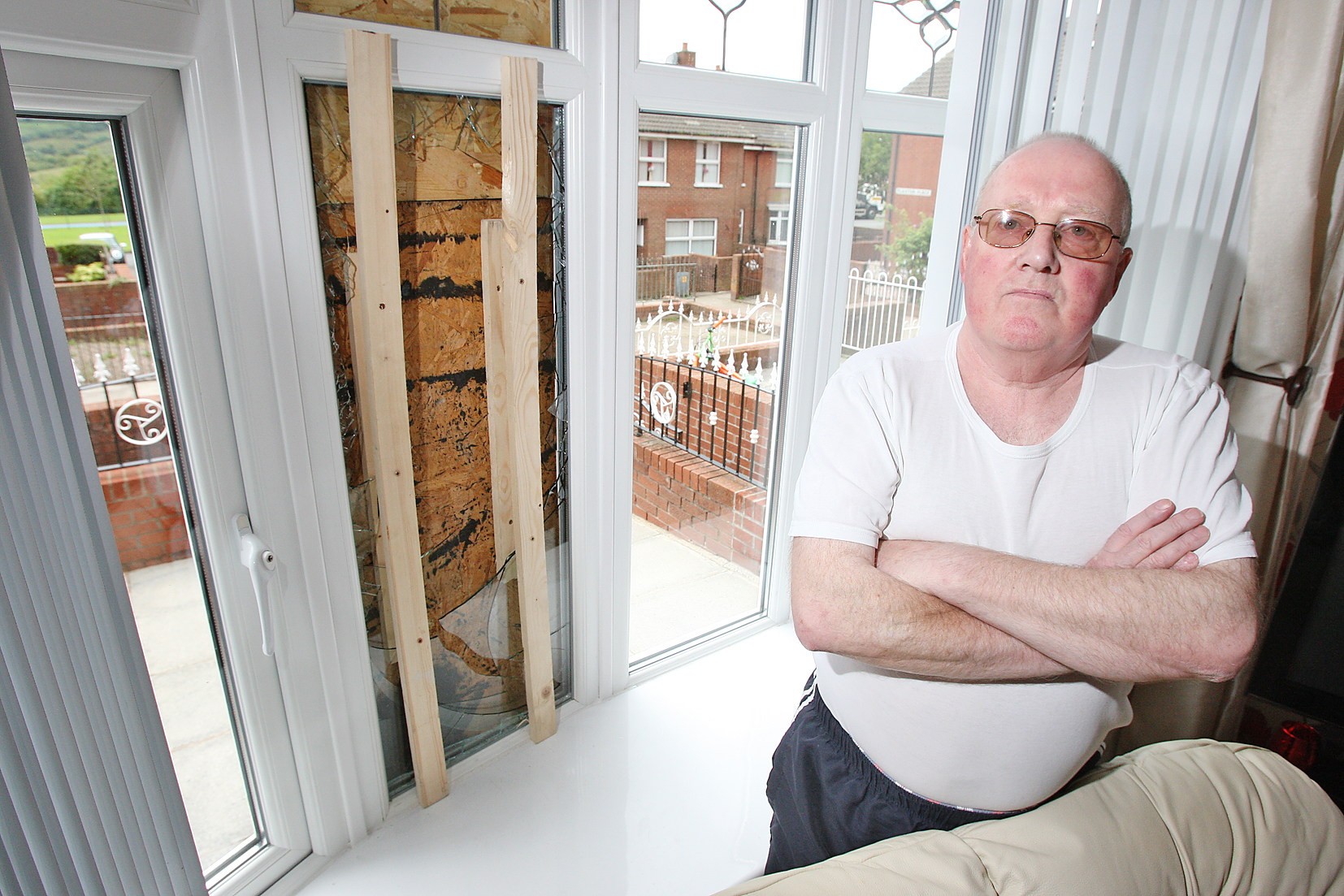 Joe Deans beside the shattered window at his house in Flaxton Place, Ligoniel

elderly North Belfast man whose house was attacked after he spoke out against local thugs has suffered a nervous breakdown.

Joe Deans, 69, says he’s being targeted by anti-social elements in Ligoniel because he has protested about the shocking behaviour of local individuals who are making life hell for the residents.

A brick was hurled through Joe’s window in the latest attack. Joe says both he and his wife are on medication as a result of the stress and mental trauma.

“It has been going on for about three years now,” he said.

“During the week it isn’t too bad but the ones behind it are drinking every Friday right through to Sunday and then the attacks start. I have had them urinating on my gate and then the house was attacked with paint bombs at the start of the summer.”

Joe said he thought a bomb had gone off when the house was attacked in the early hours of Sunday morning past.

“I was woken up by what I thought was an explosion. When I got downstairs there was glass everywhere,” he said.

“It’s very frightening to know that these people are willing to attack my house. It keeps you awake at night, to be honest. I don’t like arguing or fighting – I’ve always been an easy-going fella, but you have to speak out against this type of behaviour.

“We went through the Troubles up here and we’ve been through a brave bit like everyone, but we didn’t expect we would have to put up with this in our retirement. To tell you the truth,I got so fed up I had a wee breakdown. We are both on medication now. I’m not able for it.”

His wife Rosaleen, 69, said they won’t be forced from their home.

“I was born and reared in Ligoniel Village and I won’t leave,” she said.

The PSNI have issued an appeal for information.

“Police in North Belfast are appealing for information following the report of criminal damage to a residential property.

“It is reported that at approximately 4am a brick was thrown through the front window of a house in the Flaxton Place area of Belfast.”

Police are asking anyone who may have witnessed the attack on the Deans home to contact Police at Tennent Street on the non-emergency number 101. Or, if someone would prefer to provide information without giving their details they can contact the independent charity Crimestoppers and speak to them anonymously on 0800 555 11