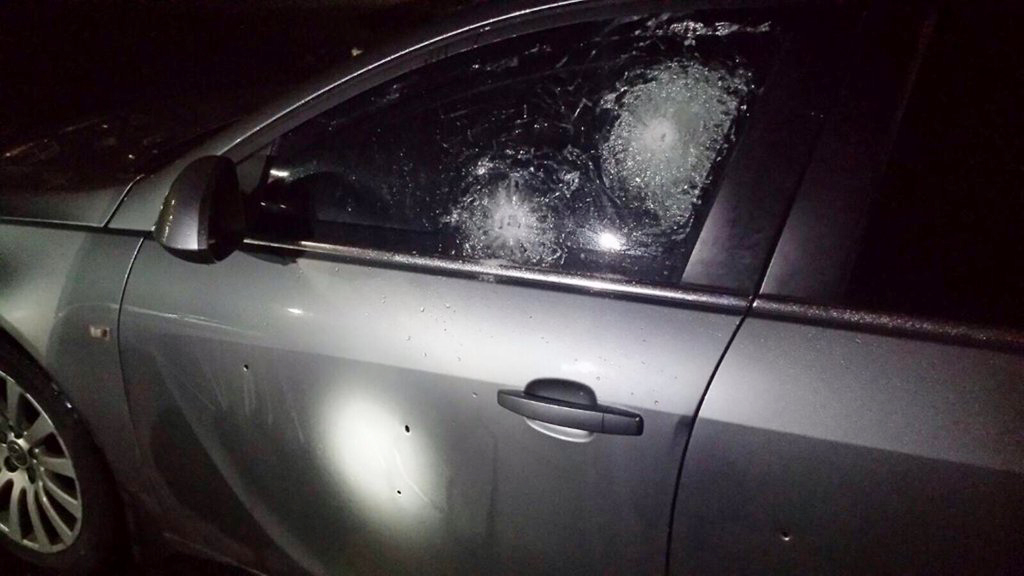 Police have described the firing of shots at an unmarked police car in West Belfast last night as “a mindless, reckless attempt to kill officers”.

Around eight shots were fired at the vehicle in Rossnareen Avenue at around 6.50pm. Most of the rounds struck the front passenger side of the vehicle but, as the picture supplied by the PSNI shows, the lives of the two officers inside were saved by the armour plating and bulletproof windows.

A week earlier, a member of the Travelling community was shot and seriously injured in the same street and there has been a strong police presence in the area ever since amid fears of reprisals. But police believe this was an opportunistic attack by dissident republicans.

Chief Superintendent Nigel Grimshaw said the attack was a case of attempted murder.

“Thankfully it failed as the two officers were badly shaken but were not physically injured,” he said. “Detectives have begun an investigation into this attempted murder and I would appeal to anyone in the community with information about the shooting to contact police on the non-emergency number 101.”

“This attack happened in the early evening in a busy area and could have killed or seriously injured anyone in the area at the time," he said.

“Thankfully no-one was injured, but it was a frightening experience for people in the area.”

SDLP Councillor Tim Attwood said: “There's no place in Belfast, or Northern Ireland, for people to come out in the dead of night to target police officers.”

First Minister Peter Robinson said the shooting was “a futile act which could have resulted in carnage for anyone in the vicinity”.