One for the die-hard Allen fans 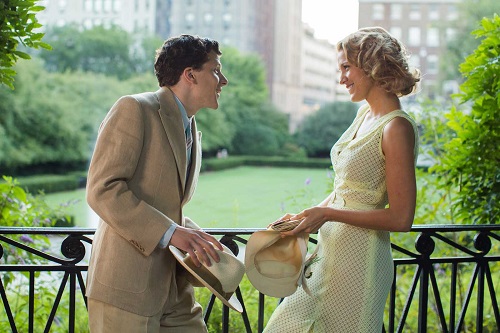 YOUNG, energetic and romantic, Bobby Dorfman (Jesse Eisenberg) is tired of his home in Manhattan, and has no interest whatsoever of pursuing a career in his father’s jewellery business. What Bobby wants is sunshine, glamour and success and sets his sights on Holywood in the hope his affluent uncle Phil (Steve Carell), a big-time talent agent, can get him a break in Tinsletown. Reluctantly, Uncle Phil agrees to help Bobby get a job and, to help him settle in his new surroundings, Phil asks his young, beautiful and charming secretary Vonnie (Kristen Stewart) to show his nephew around.

However, it’s not long before the wide-eyed Bobby falls hopelessly in love with the free-spirited Vonnie and the two lovers look set for marriage, babies and beyond. But, Vonnie is torn between Bobby’s youthful energy and an older lover who is (awkwardly) married, (attractively) successful, and could easily provide for her for life. With tough decisions to be made, Vonnie holds the key to Bobby’s future and happiness, amid a world high society, glitz and glam...

STILL writing and directing at the impressive age of 80, there’s no doubt that Woody Allen is a living legend and whether you’re a hard-nosed film buff or a casual fan of his signature comedic romantic fables, you can’t deny Allen’s influence within the film industry.

However, as much as I admire the writer and director for his achievements, for me Woody Allen is a bit of a required taste, what with his arty sensibilities his films are not exactly conducive to mainstream audiences.
I think it’s fair to say that Woody Allen is either hit or miss, and for every Midnight in Paris and Blue Jasmine, an Irrational Man or To Rome with Love comes along. Sadly, Café Society will count as a miss.

With a patchy plot inhabited by a wholly unlikeable host of characters and a central romance that exhibits little (if any) convincing chemistry, Café Society meanders pointlessly along as Allen goes through his haplessly romantic motions.
Likewise, Jesse Eisenberg goes through his own motions mimicking Allen’s neurotic persona, there’s something oddly stiff and uncomfortable with Steve Carell’s performance as the big-shot producer and, Kristen Stewart’s Vonnie is a bit of a foppish, underdeveloped bore.

Capturing the glitzy and glamorous style of 1920s Hollywood, along with the energy of New York’s jazz scene, there’s no doubt Café Society looks fabulous, but there’s an underlying, unfeeling rigidity to the proceedings, and this really comes across in the film’s pointlessly ambiguous closing moments.

ONE only for the die-hard Woody Allen fans out there – if you’re after comedy, romance and pizzazz, you’re going to be disappointed.