READY TO GO: Saplings waiting for you to plant them at Glas na Bradan; BELOW, Mac with a holly sapling – and his owner’s Fitbit

THE problem that faced Dúlra on the new Glas-na-Bradan forest on the Belfast Hills this week was how in years to come would he ever be able to tell the tree he planted from the 150,000 others?

The answer is there in front of wee Mac the terrier – a tiny holly tree.

The massive forest is being planted by members of the public this winter. You just book a time slot at www.woodlandtrust.org.uk, make your way up to the hill with a spade, collect the saplings up there, find somewhere not yet planted and set to work. The only rule is to plant the trees two metres apart.

The trees include birch, Scots pine and alder. You can even take your own up – Dúlra asked – as long as it’s a native Irish tree.

He could think of no better home for this tiny holly which had seeded below the big one in his garden, a tree which originally came from the Black Mountain.

The garden holly – cuileann in Irish – is a godsend to the birds who live on their nerves trying to survive the daily sparrowhawk fly-through. There they can finally relax – so comfortable they often sit preening themselves safe in the knowledge that the thick and thorny foliage would wreck the hawk’s pristine coat.

When Glas-na-Bradan begins to mature, Dúlra hopes his holly will play a similarly protective role, surrounded by all those wonderful deciduous trees that will be a haven for birdlife – and for birds of prey.

All 150,000 saplings are sitting in sand on Glas-na-Bradan, waiting for volunteers to plant them. Some still had labels on them – they had been sourced from Cork. Conservationists know how vital it is not just to plant trees, but to plant native trees. Those are the ones which have best adapted to live here with all the associated plants and creatures, from bees to fungi.

It made Dúlra laugh this week when he heard politicians complaining that the Protocol was stopping the importation of trees from Britain to help schools mark the centenary of partition – importing trees from Britain is as damaging as importing them from Asia. A ‘UK native tree’ is an oxymoron. If you’re planting trees in Ireland, they should originate in Ireland, a lesson you don’t have to teach the experts at the wonderfully named Glas-na-Bradan, Green of the Salmon.

Dúlra parked at St Enda’s GAA club and walked the few hundred yards to where the 159 acres of windswept hillside – until now used only by cattle – are being transformed.
Dúlra hadn't looked around until he was about to plant his tree – and then he suddenly realised that much of County Antrim lay before him, right up to Slemish. It was glorious.

They are aiming to plant around 150,000 trees over the next 5 years & are always on the lookout for volunteers to help so get in touch with them & get involved! 🌳 pic.twitter.com/E5ztlQFQqv

This part of the Belfast Hills was largely forgotten on the far side of Cavehill. But in years to come this massive native forest will be the jewel in the crown.

One small group of North Belfast hillwalkers were busy planting while Dúlra was there. Pauline, Mary, Gráinne, Jim and Andy of the Vicinage Ramblers had booked a two-hour slot on Saturday afternoon.

These five heroes actually planted a section measuring 35 metres x 24 metres – 150 trees in total. And three oak saplings which were growing in one of their gardens which they think must have been dropped there by a visiting jay. In years to come these ramblers will be able to return here – or their children and even grandchildren will – in the knowledge that they created it. What a legacy!

Glas-na-Bradan is the start of something great, rather than an end in itself. We want a forest to stretch right across our hills, and for it all to be accessible from the city streets, so we can just step out our doors and visit the Forest of Belfast. We'll even plant it ourselves.

(By the way, if you look closely at wee Mac, you’ll see something peculiar hanging from his neck. It’s a Fitbit. His owner puts it there to rack up his daily 10,000 steps while he sits at home watching TV!) 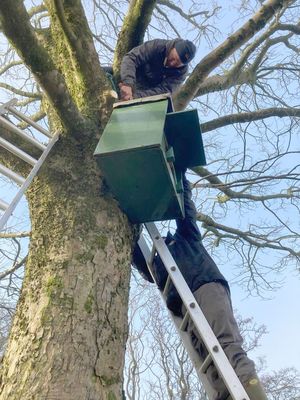 DÚLRA: Now Aidan goes in to bat for another species 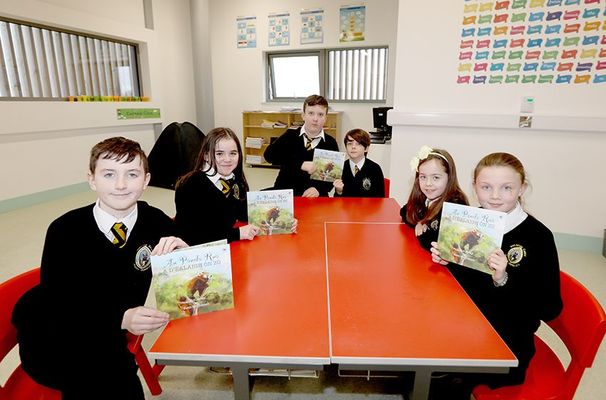 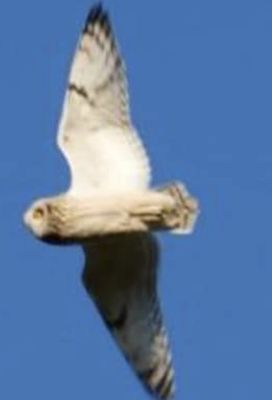