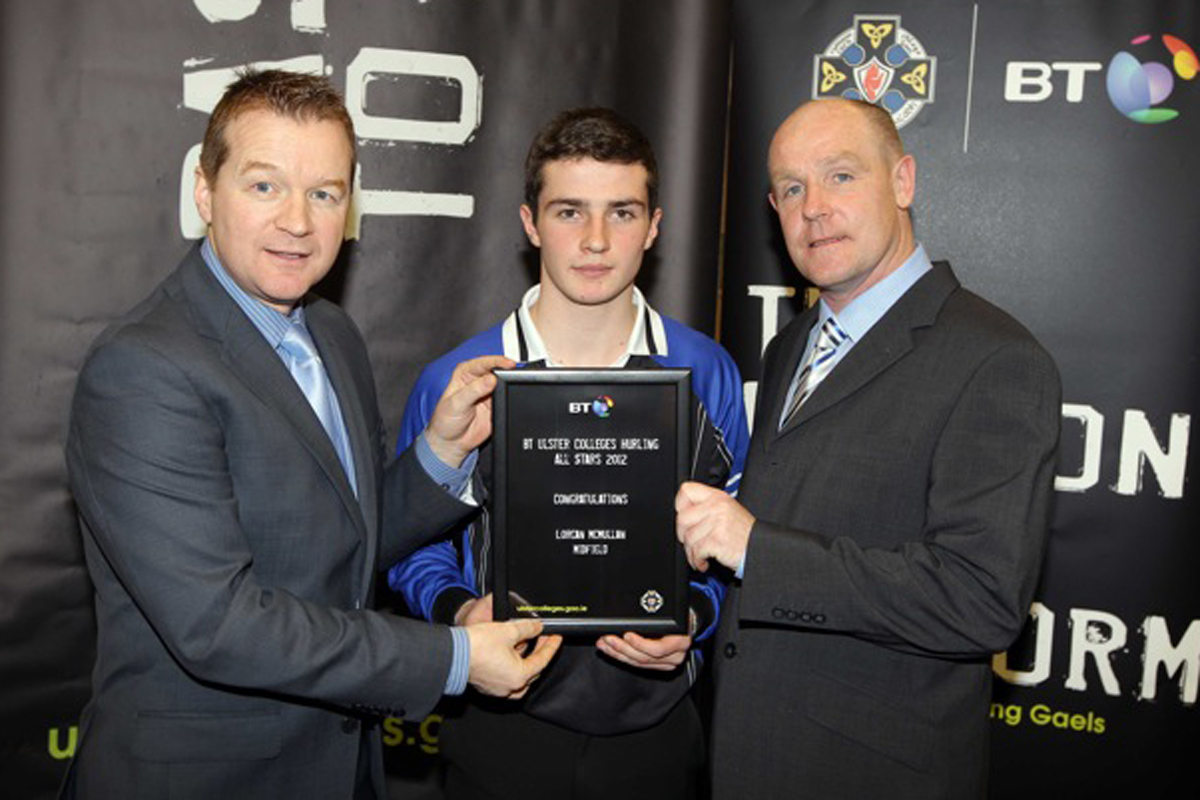 The Bredagh midfielder is a holder of BT McGreevy and Kirk Cup medals, won with the school. He has collected a Down Féile na nGael medal with Bredagh and has represented his school and club in football as well.

The All-Star scheme, now in its 25th year, rewards excellence in skill and sportsmanship with players selected over the course of two trial games, following an initial nomination by their school.  And with around 200 pupils participating in this year’s football and hurling trials, competition for the 15 places in each category proved as fierce as ever.

“To achieve a BT Ulster Colleges All-Star Award is to rightly earn a place in hurling and football’s hall of fame,” said Seamus Meehan, Chairman of the Ulster Colleges’ Council.

“These awards recognise and reward these talented players’ commitment and endeavour on the hurling and football field.”