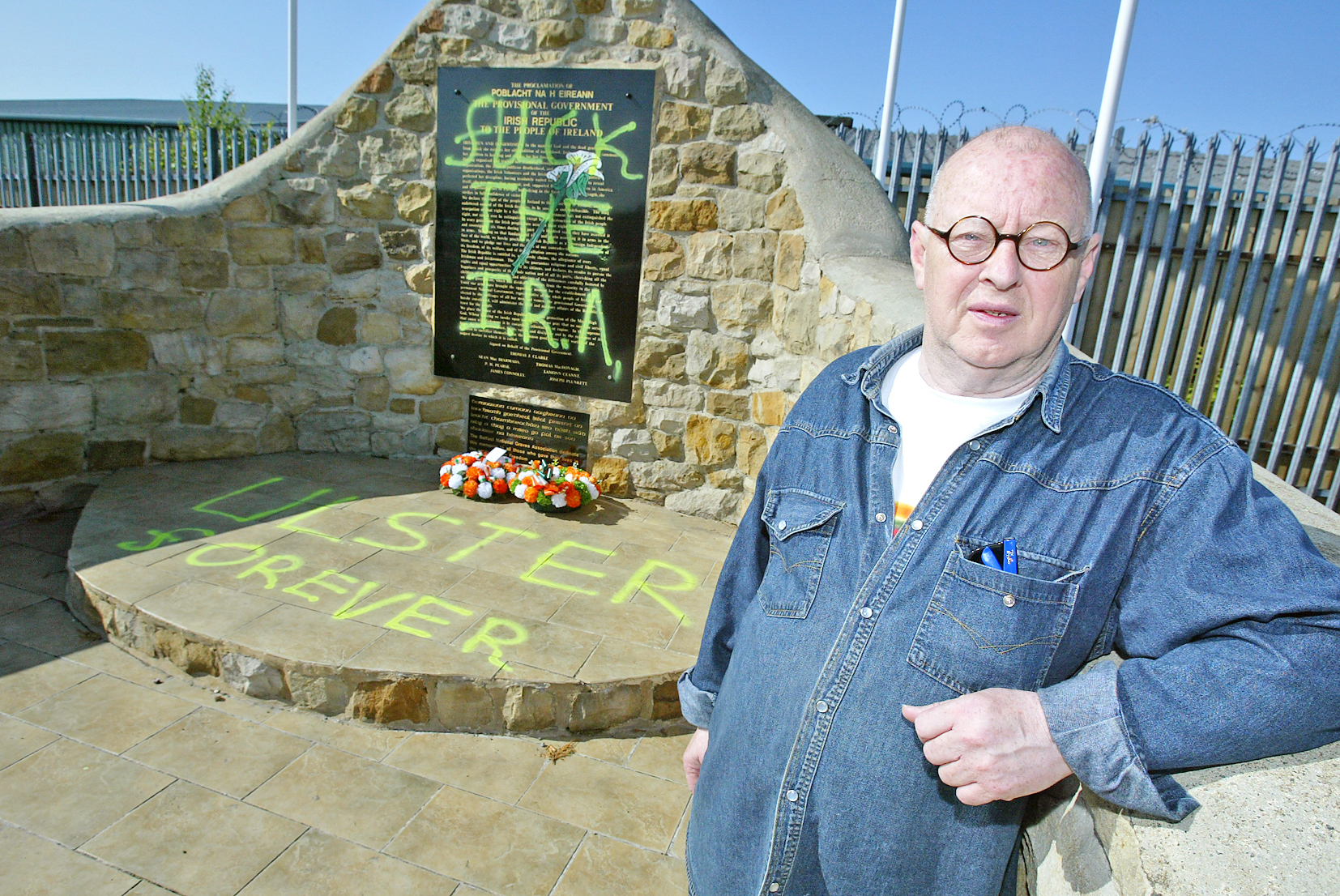 Vandals have attacked the Republican Plot at Milltown Cemetery for the fourth time in five years.

Loyalist graffiti was sprayed and wreaths removed in the attack, which is believed to have taken place some time on Sunday evening. The name of Bobby Sands was spray-painted over.

The National Graves Association (NGA) said the British Legion had been in touch to distance themselves from the perpetrators.

Speaking to Daily Belfast, Joe Austin, Chairman of the NGA said: “This is the fourth time in five years the plot has been attacked. There is substantial damage. They have defaced Bobby Sands’ headstone and tried to remove it, it was a frenzied attack, wreaths were kicked everywhere.

“Families are here with regularity, this plot is a major stop for tourists, there’s between 200 to 250 people visit this plot on a weekly basis.

“We will clean it up and restore it, we have formed a committee to carry out some maintenance to this plot. The project team is headed up by Briege Wright, Loretta McKee and Stephen McGuigan. If anyone can offer any assistance or help would be greatly appreciated.

“The plot will be closed for around three weeks while the work is being carried out. We are putting down new flagstones and also installing a few benches where people can come and reflect and pay their respects.

“One of the first calls I got was from the British Legion to distance themselves from those responsible for this, that call was greatly appreciated.

“This isn’t a monument, it’s a grave, anyone that attacks a grave is stooping to an all time low. I would appeal to them to think again. The only people who have been affected by this are the relatives of the dead.

“It’s a sad reflection of what’s going on in their heads. You should have respect for the dead of any conflict.”

Mr Maskey said: “The Republican Plot in Milltown was desecrated last night in what appears to be a sectarian attack.

“The Irish Proclamation at the memorial was spray painted and headstones were attacked.

“All graveyards are sacred places and should be respected.
This attack is outrageous and does nothing other than cause distress to families whose loved ones are buried in the plot.

“I would like to commend the National Graves Association who tend to the Republican Plot and whose members are already involved in a clean-up of the graves.

“If anyone has any information about those responsible for this vile attack I would urge them to bring it forward to the police.”