Pat McGivern: Tributes to republican stalwart who was director of Green Cross 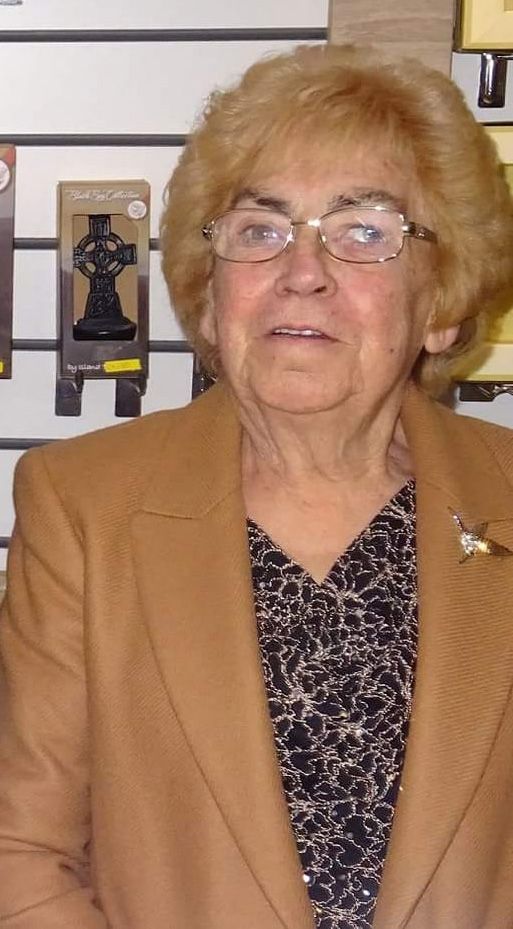 TRIBUTES have been paid to republican stalwart Pat McGivern who was laid to rest on Friday.

A mother, grandmother and great-grandmother, Pat McGivern was the Director of the Green Cross, which was set up in 1973 to support republican POWs and their families.

As part of her tireless efforts, she had staffed the organisation’s book and art shop at the Sinn Féin centre on the Falls Road for over 30 years.

Last year, Mrs McGivern received a presentation from Sinn Féin for her lifelong political and community activism. At the time, Gerry Adams said she had worked “diligently and sometimes invisibly for over half a century and longer to advance the objective of Irish unity and in support of prisoners and their families”.

Pat McGivern is standing to the left of GerryA & with Marguerite Gallagher at the opening of An Fheiseog last Dec. She died today after a long & valiant health battle. Pat was a friend, activist & stalwart republican 4 many yrs. She will b missed. Ar dheis Dé go raibh a h-anam pic.twitter.com/F9vYYxfntE

Commenting following Mrs McGivern’s passing, West Belfast MLA Fra McCann said: “Saddened to hear that my good friend and comrade Pat McGivern has passed away. I’ve known Pat for over 30 years and she was always the same, a strong, unwavering dedicated republican.

“She made time for everyone and was so kind and thoughtful.

“I send my deepest sympathies to Pat’s family and friends.”

Sinn Féin Councillor Claire Canavan said it was a “a privilege to know such a strong and dedicated Republican.”

“Pat will be deeply missed,” she added.

“Pat McGivern epitomised a Falls Republican with her strength and dedication to the cause of Irish freedom through many, many decades.

“Pat will be sorely missed by her family friends and comrades.”

The Republican Felons Association said: “We were heartbroken to hear the news that Pat McGivern, Green Cross director and Art Shop stalwart, has died.

“Our sympathy to Pat's family at this sad time.”