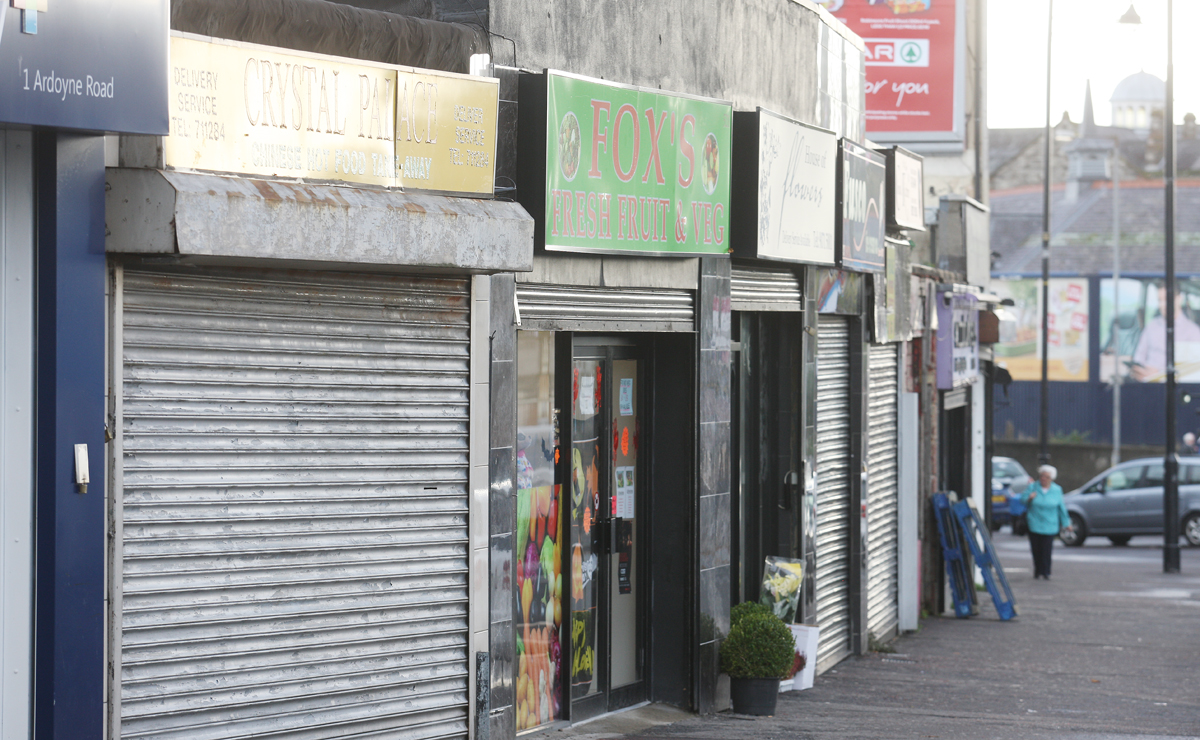 THE PSNI has admitted to using sophisticated radio jamming equipment around the Twaddell protest camp which is playing havoc with security shutters and cars at the Ardoyne shops.

The advanced equipment, used by the PSNI to prevent bombs being remotely triggered, has seen traders locked in and out of their shops, resulting in a damaging loss of business. Central locking on parked cars is also being affected, as are vehicles with keyless ignition systems.

Shopkeepers already badly hit by the ongoing loyalist protest at nearby Twaddell Avenue have hit out at the attitude of police, who they say laughed at their complaints.

One businesswoman, who did not want to be identified, said she has been trapped in her shop a number of times, most recently last Saturday when she was locked in for several hours. She was only able to leave the shop when police agreed to switch off their jamming equipment.

“I closed up after 5pm to do some paperwork and then when I went to open the shutters to leave about an hour later I couldn’t get out,” she told Daily Belfast. “I had to phone my son who had to drive over from his house to tell the police that I was locked inside. I was in there for hours before they switched the machine off to let me out.”

Another business owner said she paid to have the shutters examined in a bid to identify the problem – before learning the truth about what was causing them to malfunction.

“This is really affecting my trade,” she said. “It’s bad for business. There was one night I couldn’t get the shop shut so I had to stay here and we called out a man to look at it. That cost me a call-out fee and he couldn’t find what was wrong. All this time the cops just sat and watched, knowing it was their system that was causing this. Now I know, I find it quite degrading that they did that, some of them were laughing.”

The businesswoman said that while some officers will facilitate her opening and closing by agreeing to switch the system off for a short period, others deny any knowledge of the jamming equipment and refuse to help.

A third business owner said it was another example of the traders being punished for the Twaddell loyalist camp.

“Our business took a hit when they opened that camp because customers I had from the Shankill were afraid to be seen coming to shop here,” he said. “The minute the camp was opened they were getting their bins emptied for free but I was still having to pay my rates.

“I want to know why the police don’t sit over closer to the camp. It’s only houses over there so the communications jamming wouldn’t affect them as much. For some reason the police always sit here and it’s damaging business.”

Superintendent Darrin Jones apologised for the inconvenience and said he was willing to meet with the shopkeepers over the issue.

"While the Police Service of Northern Ireland does not comment on operational matters, we do understand that at times police operations can cause a certain level of disruption to ordinary life.

"We apologise for any inconvenience police operations may cause and would encourage anyone experiencing issues as a result to speak with us and we'll do our best to resolve the issue. I would also like to thank the public for their continued support and understanding as police officers and staff work to keep people safe.”