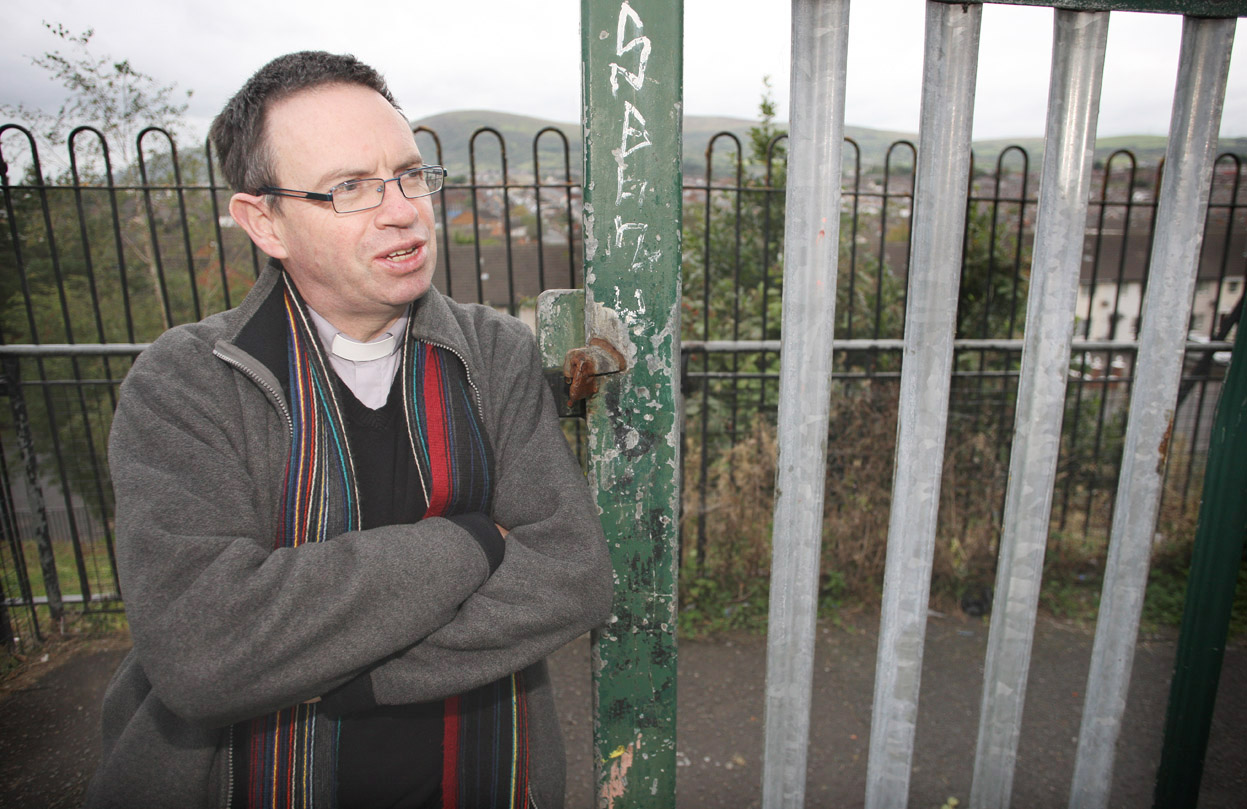 A WELL-KNOWN priest has been explaining why he accepted a role on the board of a local restorative justice group that refuses to work with the PSNI.

Former Sacred Heart Parish Priest Fr Martin Magill, who moved to Ballyclare before Christmas in a diocesan shake-up, now sits on the board of directors of Conflict Resolution Services (Ireland).

Speaking to the North Belfast News, Fr Magill said he was invited on to the board by former director Jim Auld and was happy to accept.

Based on the Falls Road, the group opened an Ardoyne office in 2015 close to the offices of Community Restorative Justice Ireland, which works in conjunction with the PSNI.

“About a year and a half ago Jim Auld made contact with me,” said Fr Magill. “Jim was the director at that stage and he asked if I would consider joining the board. I have had an involvement with Jim over the last ten to 15 years and I said I would.”

Asked if he had an issue with the group’s stance on the PSNI, Fr Magill said: “One of the things in the role itself is that there’s a variety of different views around that particular issue. My role is concerned with governance, for example, and if there are specific issues then I can ask questions. More than anything else I would see myself as a critical friend.”

Fr Magill said he he’s been encouraged by what he’s experienced during his time with Conflict Resolution Services (Ireland).

“I must say I have been very very impressed and there’s a very high level of governance and I have been learning from that.”

When CRSI opened their Ardoyne office, Jim Auld explained their stance regarding the PSNI.

“The point of us and the PSNI is that the people we are working with wouldn’t work with the PSNI,” he said.