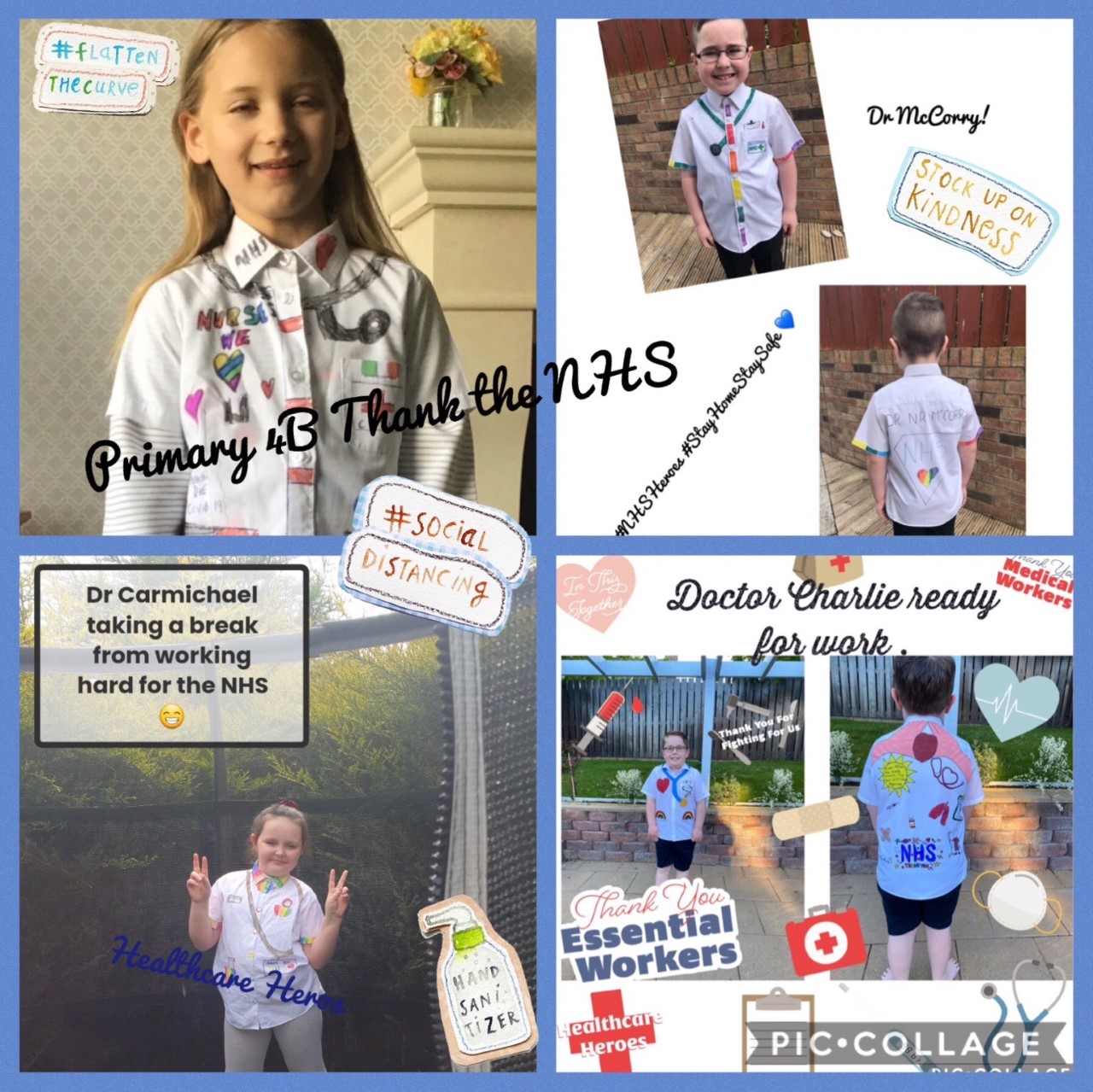 KIDS from a local primary school have repurposed their school shirts to create an artistic tribute to the NHS.

While schools remain closed due to Covid-19, pupils from Christ the Redeemer put the white shirts of their uniforms to good use by using them as a blank canvass for colourful tributes to health and social care workers.

As well as some incredible imagery and messages of solidarity, the creative efforts also saw some pupils refashion their shirts as eye-catching healthcare uniforms.

Commenting on the initiative, Primary 4 teacher Roisin Galbraith said: “One of the kids in my class came up with idea. They had posted a picture of themselves after redesigning their school shirt in support of the NHS staff.

It’s something similar to the rainbows and pictures that people have been creating and putting in their windows, but this girl and her sister had created one from her school shirts.

“The school then set it as a challenge and asked the rest of the children to get involved, and the response has been absolutely brilliant.

“One in particular, the child has actually created a picture story of her life since the lockdown. She has things like BBC News broadcasts, different images of the virus and things – it’s just brilliant.

“These kids are just getting so creative. Obviously as teachers we’re setting different tasks for literacy and numeracy, trying to keep their learning ongoing, but they’re coming back to us with their own ideas and being creative when they’re at home.

“I just thought these kids just needed to be acknowledged for it. There’s so much going on and the kids are staying at home and adapting to the whole new process.”

She continued: “It just shows you that the kids are aware of what’s going outside in the community and they’re getting involved.

“I just think it’s so inspiring to see the children come up with these ideas and are visibly getting involved and showing their support.”

She added: “They understand why they're at home and they’re supporting the NHS staff and all the key workers."