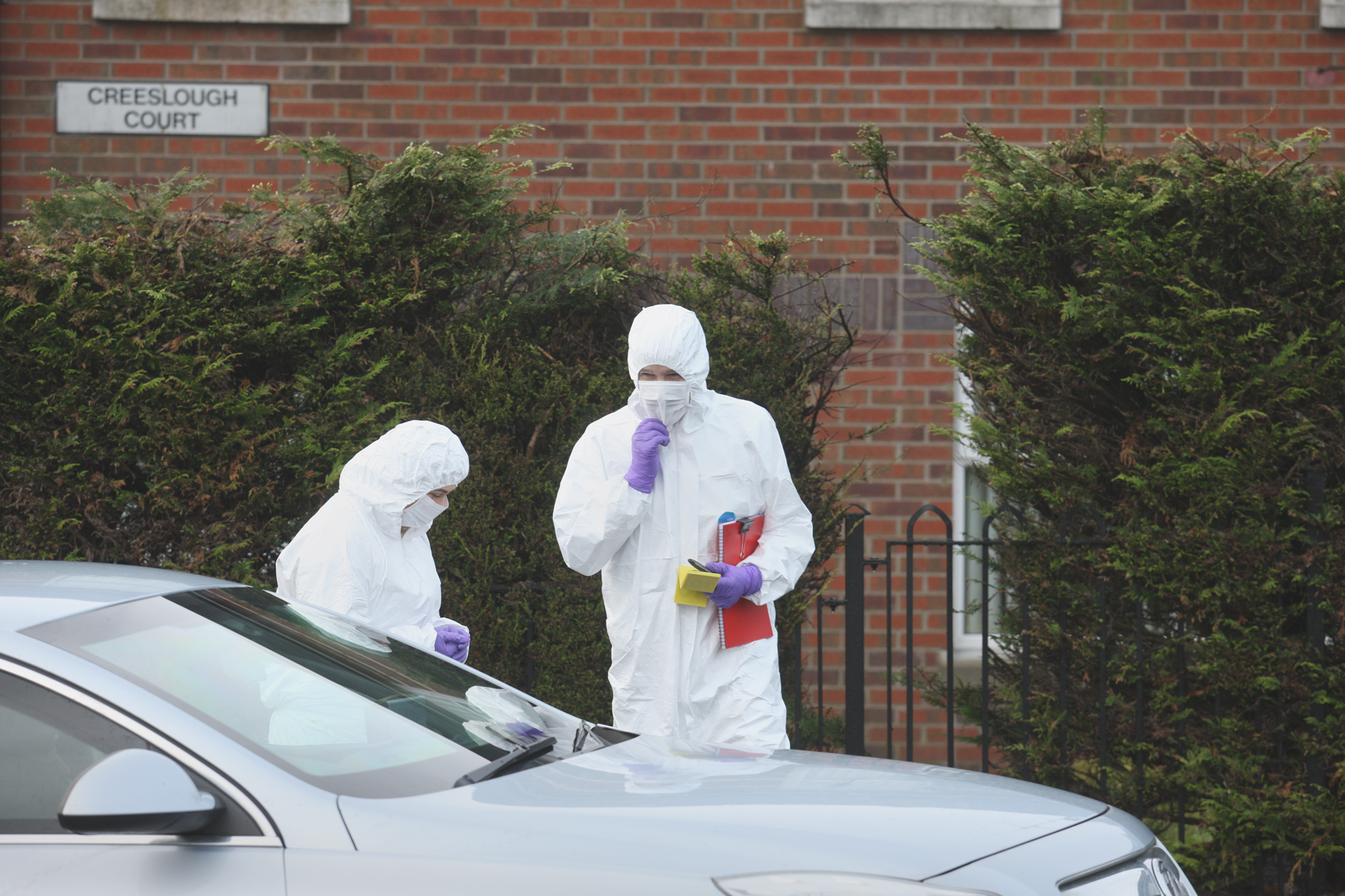 POLITICAL representatives have condemned an explosion at a house in the Lenadoon area last night .
The area surrounding the rear of the property remains cordoned off this morning as police continue to investigate the scene. Officers were called to a house in Creeslough Court shortly after 8pm on Wednesday evening.
Sinn Fein Councillor Arder Carson said last nights attack was ‘reckless’ and ‘dangerous’ saying those responsible had no regard for local residents.
“An explosive device was thrown at a home near Carrigart Avenue in Lenadoon,” he confirmed. “This device was thrown in a residential area, populated with a mix of young families and elderly residents. My understanding is that this was a viable bomb and this is an extremely reckless incident, which has placed the lives of residents at risk.
“Thankfully disruption was kept to a minimum with no need to evacuate.
“The PSNI then had to check for a potential second device but being dark difficult but regardless they did not need to evacuate.
“I unreservedly condemn this attack and anyone with information should bring that forward to the PSNI.”
SDLP West Belfast Councillor Brian Heading reasoned the only way to end these attacks is for local people to speak out, urging anyone with information to contact the PSNI.
“It’s sickening that twenty years after the Good Friday Agreement, people are still involved in this depraved attacks, threatening families and children,” he slammed. “Those behind this viable device are reckless criminals who pose a significant threat to this community. They have no support and should receive no shelter here.”