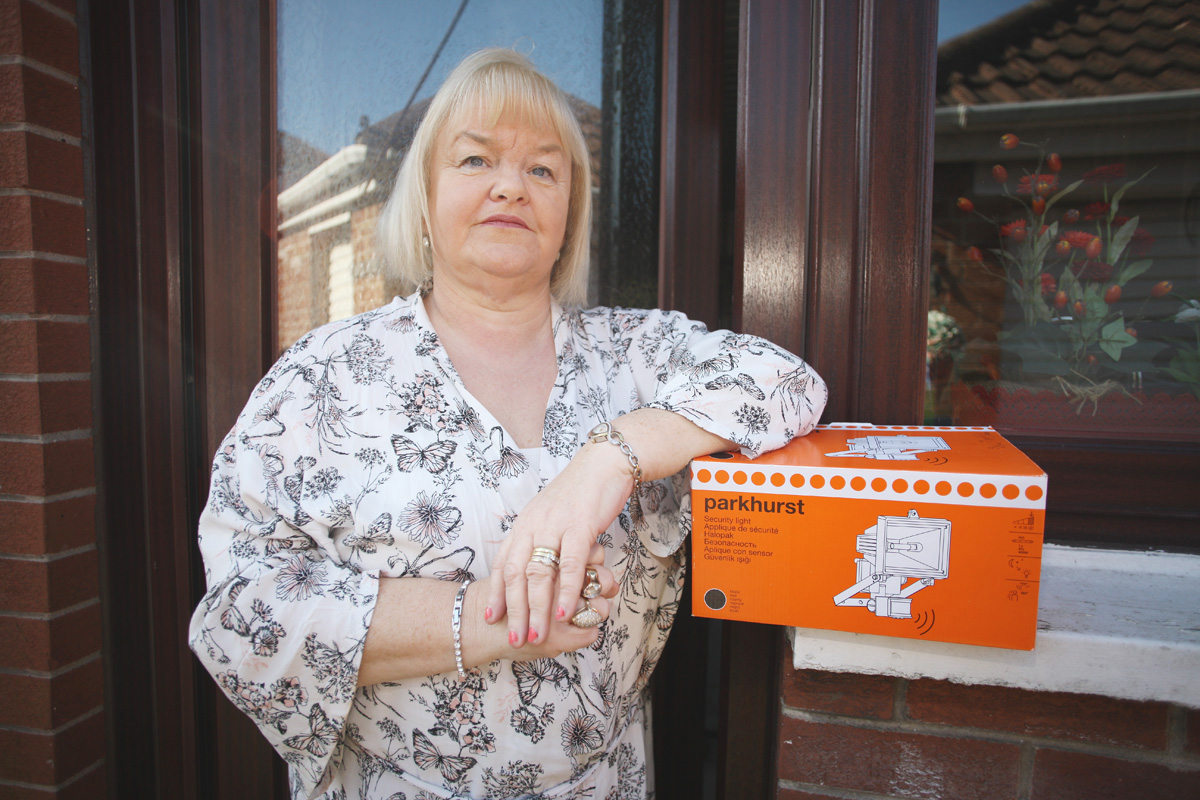 Residents of a small North Belfast estate have taken to patrolling the area after yet another break-in that saw thieves get away with valuable family heirlooms.

Around 20 neighbours combed the area after the alarm was raised and searched gardens for two hours in a bid to find the culprits, but they were able to escape.

Among the items taken by the thieves was the wedding ring of Marian’s first husband, who died 27 years ago this week. The heartbroken grandmother said she would never be able to replace it.

“Myself and my husband Gary had been out dropping the grandkids to the cinema and didn’t get back until nearly eight when we saw the house had been broken into,” she said. “A neighbour phoned the police when they saw three men in my driveway.”

Marian says the burglary has left her “heartbroken”.

“When they got in they went straight upstairs and took jewellery that can’t be replaced, all gold that I had from I was 16. My first husband Seamus died when he was 33 of cancer and they took his wedding ring and a wee lighter he used to use. It’s personal stuff that I kept in a wee soap bag along with a wee lock of his hair and they took that as well.

“It’s Seamus’ anniversary today and this doesn’t help. I haven’t had a proper night’s sleep since. I’m angry because we are now locking the doors when we are in the house and in all our time living here that has never happened before.

“I was saving money for my son’s 40th birthday and they took that too. That money can be replaced but Seamus’s stuff can’t.”

The burglary is almost identical to one carried out at the home of boxing coach Eanes Keenan, who lives a number of doors away. Residents fear they are being targeted by a gang who specialise in stealing jewellery and cash.

Local men have been out every night since in an attempt to try and prevent any more burglaries taking place.

Sinn Féin MLA for the area, Fra McCann, said the issue had already been raised with senior PSNI officers.

“People living in Mountainview have brought forward serious concerns about burglaries in the area,” he said. “Paul Maskey has already met with the most senior PSNI officer in West Belfast and put forward these concerns and told him there needs to be action taken.

“These burglaries are taking place in broad daylight as jeeps sit at Twaddell and the needs of the residents need to be responded to.”

A PSNI spokesman appealed for information.

“Police in North Belfast are investigating a burglary at a house in the Mountainview Parade area on the evening of Thursday 10 March. It is believed that entry was gained to the house some time between 6.15pm and 7.30pm. A quantity of jewellery and a sum of money was reported to have been stolen. Enquiries are ongoing and officers would ask anyone who noticed any suspicious activity in the area or who has any information to contact police in Tennent Street on 101 or Crimestoppers anonymously on 0800 555 111.”