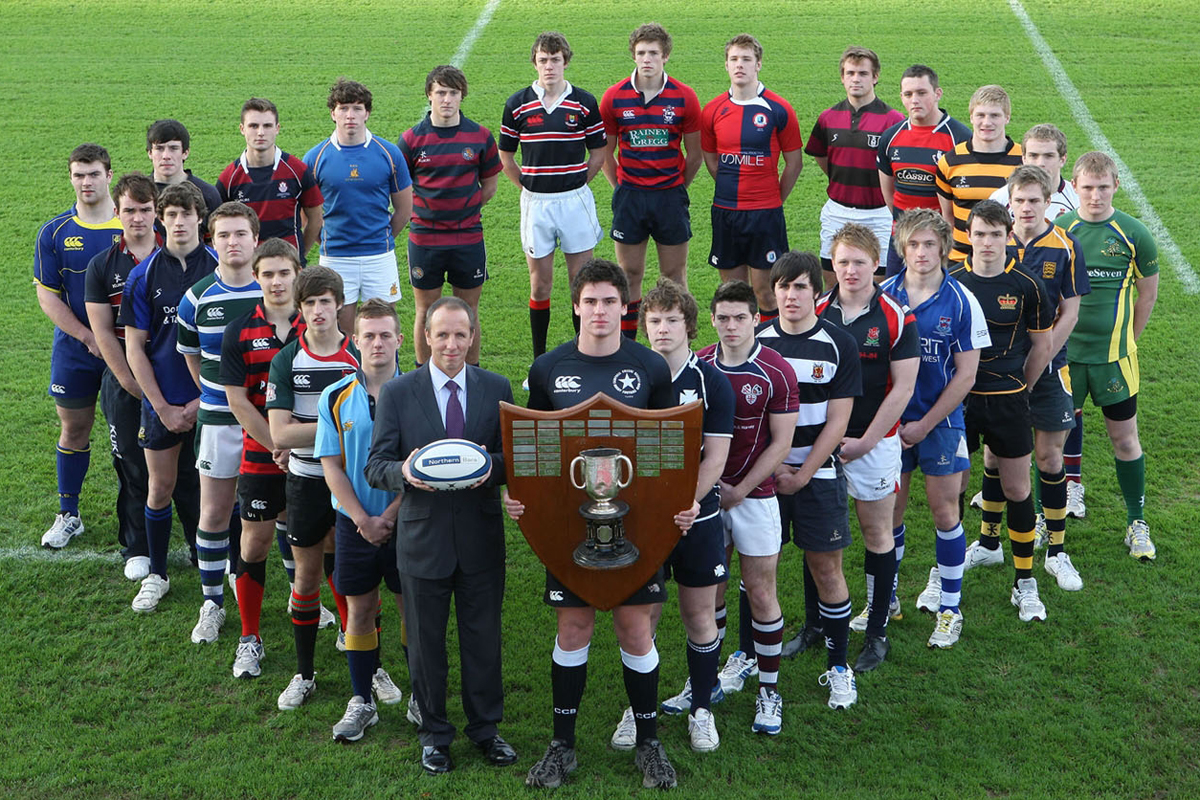 IT may just be the start of December but the cream of schools rugby are already looking forward to March when the 2011/2012 Schools’ Cup winners will be crowned.

This season’s final will take place on Monday March 19 and not on St Patrick’s Day as is tradition, but the road to Ravenhill begins on Saturday when Wellington College travel to play Antrim Grammar in the first round.

The South Belfast school will be hoping to advance to the second stage where Friends School lie in wait with this tie set for January 14.

The top sides will enter the fray in the fourth round which is set for February 11 as defending champions Campbell College will aim for back-to-back titles.

The East Belfast institution overcame RBAI (Inst) 18-11 in the 2011 final but for Inst captain, Ben Alexander, the disappointment of that reverse is something he wants to put right this year and bring title number 30 to the Osborne Park side.

“It’s and absolute honour. I am very proud to captain the side and I’m really looking forward to it when we go into the Cup in February,” he said.

“Playing in the Schools’ Cup final last year was an honour and it was great, but to lose wasn’t so good so our aim is to come back this year and finish the job right.”

Preparations for last season’s finalists will include a tour to Barcelona where they will hope to fine tune their team and welcome back a number of players from injury.

With Inst one of the perennial favourites for the competition, Alexander admits that there is pressure on them to deliver their first Schools’ Cup title since 2007.

“We are preparing for it well and are going on tour to Barcelona this week.

“We will have a lot of matches over Christmas and can then focus on the Cup in January,” he added.

“You can’t be over confident. We have a lot of respect for the other teams so we will be hoping to do well.

“Over the past few weeks we have had a lot of injuries but they are all starting to come back now and hitting form.

“We haven’t won it in around five years now so there is a bit of pressure for us to win one.”

Another of the pre-tournament favourites will be Methodist College.

Again, it was Campbell College who left them disappointed last term when Methody and the eventual winners drew 10-10 twice before Campbell eventually emerged at the third attempt (8-3).

With the Malone Road school heading the roll of honour on 35 titles, this season’s captain Rory Winters admits there is pressure to once again win the world’s second oldest rugby competition.

“It’s a good feeling to captain the team after playing for a couple of years,” said the back row.

“Hopefully we can do well and get back here (Ravenhill) for a semi-final or a final and maybe win it.

“We enjoy the favourite tag as it puts a bit of pressure on us to lift it and do well for the school.

“The target for everyone is to bring the Cup home again.”

Methody will also go on tour with Rome their destination as they make plans to win their first Schools’ Cup since 2009.

While that may not seem a long time, for a school like Methody, with such a rich tradition in the competition, the pressure is on to deliver and Winters knows that he and his team mates, who are in their final year, must grab this opportunity with both hands.

“The whole season is about building towards the Schools’ Cup and that first game. We will go on a tour over to Rome which will be great preparation playing against the Italian Under 18 side so that will be great for us,” revealed the Methody captain.

“The strength of our side is that we don’t rely on individuals - it is a real team effort.

“We have a lot of good players and we are a collective unit trying to win games for our school.

“To win would be brilliant. It is something we strive for every year although we have been disappointed these past few seasons in not being able to get there.

“It’s the bounce of a ball here and there and you have to take the opportunities when they come around because this is the last year for a lot of guys so it would be great to win the Schools Cup this time.”