Rosario stands up to job losses 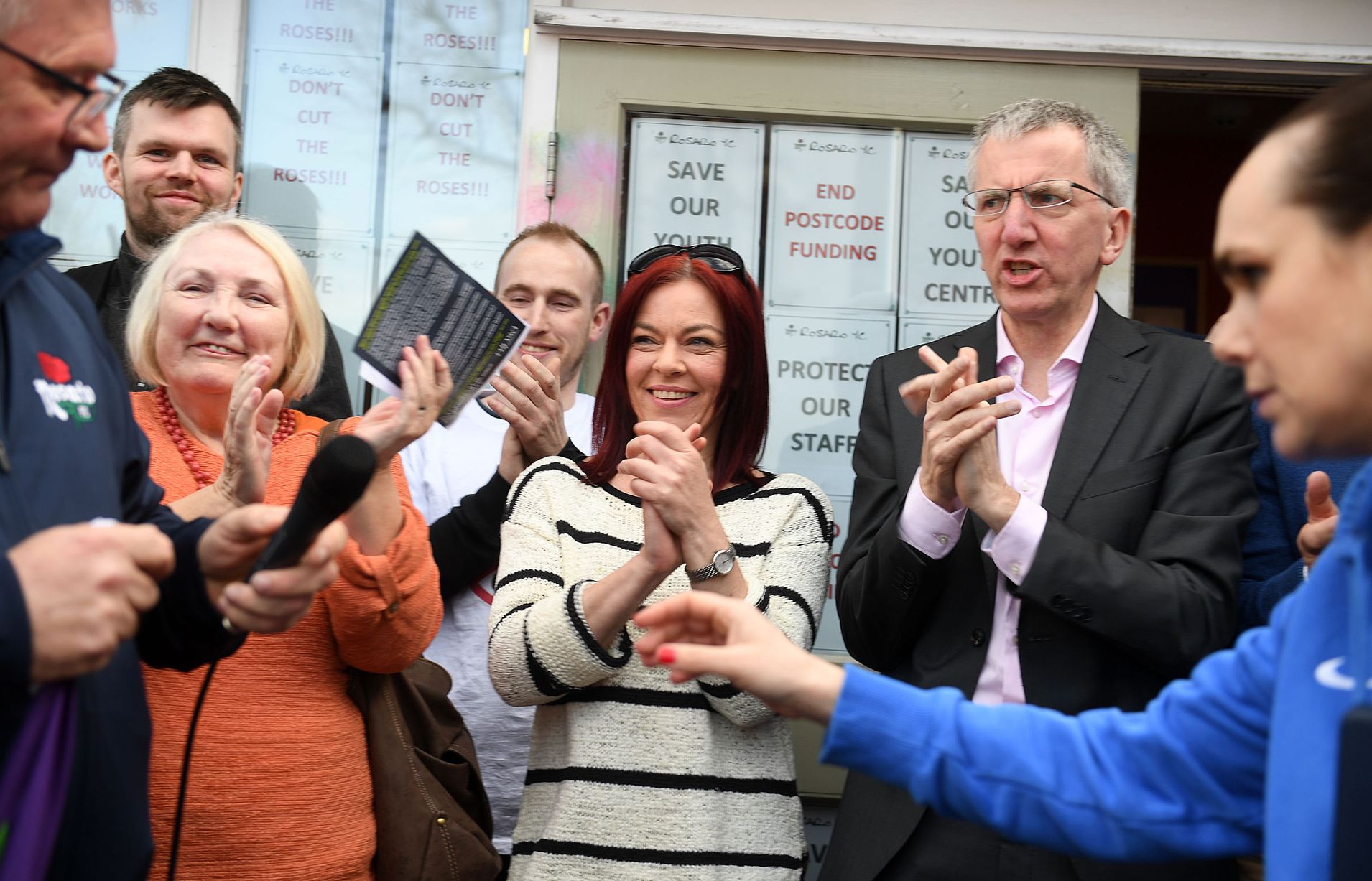 ROSARIO Youth Centre has lost seven part time posts after being deemed “not deprived enough” by the Education Authority (EA).

Youth worker in charge, Natalie Robinson, blasted the decision, which has brought to an end four years of vital funding.

“The reason for this decision was that we were not deemed as deprived enough, even though we have been receiving these funds for four years,” she explained. “We have been advised that there has been no cut to the budget and that no new groups were permitted to apply, we have therefore been left at a loss as to how this decision was made and under what policy.

“Under the extended provision scheme, the youth centre has lost 30-part time hours per week and seven part-time posts. Up to 80 young people are directly affected, though the implications will be felt by up to 200, as other changes will need to be made now to our core provision.”

Natalie said the aim of that provision was to provide access to services outside of the centre’s core opening and operational times and to meet the needs of those most at risk from getting caught up in anti-social behaviour, including a homework club and mentoring programme. They also received £3000.00 towards programme costs.

“The perceived total amount of funding is approximate, as EA administer salaries and the amount paid will vary depending were staff are placed on the salary scale, though it is thought the total amount is in and around £15000,” continued Natalie.

Scores of people attended a protest at Rosario to express their frustration at the Education Authority’s decision to slash their funding.

South Belfast MLA Máirtín Ó Muilleoir said a solution is possible on Rosario’s funding. He has called on the Education Authority to move rapidly to restore funding for services to vulnerable young people at the popular local club.

“I brought board members and the youth leader of Rosario YC, the most diverse youth club in Belfast, to meet with the Chief Executive of the Education Authority yesterday and we had a frank and constructive discussion,” said Mr Ó Muilleoir.

“While there is still great hurt and anger at the nature of the cut, it’s clear that there is also a solution available which can ensure the valuable work going on at Rosario with children who require additional support can continue.

“I am urging the Education Authority to move with all speed to replace funding for the affected services at Rosario.

“In the meantime, I urge the public to continue to support Rosario Youth Club’s campaign until a solution is in place.”

Steven Harvey of ICTU Youth said: “ICTU Youth and the NI committee of ICTU support the youth workers protest at the Rosario Youth Centre on Friday because this matter is larger than one youth centre or members or one union.

“The suspension of the Assembly and Executive means that there is no Stormont budget from this week. No budget means that many services which are funded on a contract basis are unable to continue. They are literally paralysed by uncertainty. The Civil Service alone cannot deal with this and it is the responsibility of elected politicians to use their mandate and govern for the people. In the absence of Stormont, this means that the Education Authority and the Department of Education must act to continue this service for the young people of South Belfast.”

Susan Neill, UNISON Area Organiser working with youth workers in the Belfast area, said: “Over the last number of weeks and months youth workers, whether in the statutory or voluntary sector with temporary contracts have been on protective notice. Some will be retained with a rollover of their contracts for another few months. However, cuts in allowances are being implemented by voluntary sector management committees living with short term funding. It's nerve-racking and very upsetting for their workers.

“Since 2013 the Education Authority has been interpreting a policy which called for more involvement of the community and voluntary sector. Employment in this sector is precarious dependent on short term funding and based significantly on temporary contracts. It appears shambolic. We need to get to grips with putting youth services on a stable footing, ensuring public money strongly supports public provision and regularises decent standards of employment in funded voluntary services .”

“The criteria have not changed, the need has not changed, so what has changed to lead the Education Authority to make this nonsensical decision?”