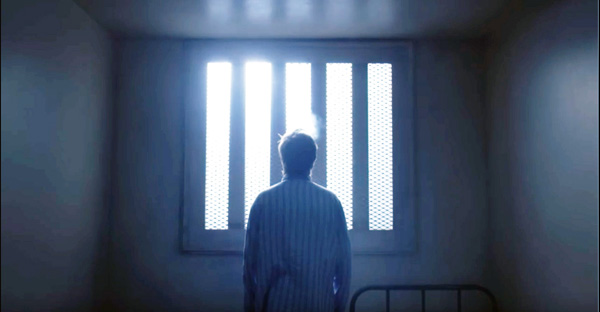 A scene from the film 66 Days

THE film-maker behind Bobby Sands: 66 Days said he is ‘ecstatic’ with the success and the reviews the film is receiving.

Two weeks after it opened in cinemas throughout the country the documentary about the West Belfast hunger-striker and IRA volunteer is currently breaking Irish box office records. This week cinemas in Belfast were sold out again for showings of the film.

Speaking to the Andersonstown News from London Brendan Byrne said: “I am thrilled, I couldn’t have predicted the level of interest this documentary has received, it has completely taken me by surprise.”

Asked why he thinks the documentary has been so successful he said: “I think maybe it has something to do with Stormont and the fact that issues on victims, truth and reconciliation have basically been put on ice, this film has transported people back to ’81.

“It’s warts and all, we cannot be afraid of our history. This film has struck a chord with people. If someone had told me months ago that a film I made about the pain and suffering of the Troubles would have this level of success I would have said they were mad.”

On its first week the film enjoyed the highest viewing figures at the Irish box office for an Irish-made documentary, taking in over €50,933. After its second weekend the figure has now jumped to over €130,000.

Released to coincide with the 35th anniversary of the hunger-strike, the film uses Sands’ own prison diary to portray the character of the Twinbrook man. The film begins using Sands’ own words: “I am standing on the threshold of another trembling world. May God have mercy on my soul.”

Bobby Sands was 27-years-old when he died after 66 days of refusing food in the H-Blocks. He became one of nine other IRA and INLA prisoners who lost their lives during that traumatic year.

Brendan said: “Our distributor Wild Card Distribution have been very brave, they took a risk with this and I am delighted with the reaction it’s received, as are they.

“I am also pleased on a personal level. This is a story that needed to be told and to be told right. I believed in it so much that I invested a lot of my own capital in it before I brought it to others.”

He added: “It’s also doing really well in the UK despite there being little to no publicity around it there. The film will be opening in the Odeon in Victoria Square on Friday, it is practically unheard of for a film to be put on a few weeks after its premiere in any cinema.

“Once again I am thrilled and ecstatic. This has been the biggest success of my 25 year career.”