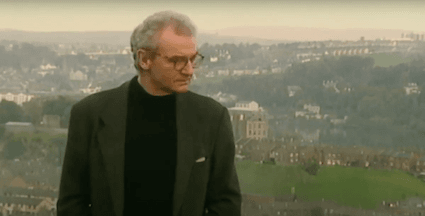 Séamus Deane passed away on Wednesday 12 May in Beaumont Hospital, Dublin. He was 81.

He was a professor of English and American Literature at UCD and at several American universities.

His novel, 'Reading in the Dark', about his 1950s' childhood in Derry, won the Irish Times  Fiction Award and the Guardian Fiction Prize while it was also nominated for the Booker Prize in 1997.

As well as these high-points, there was also the Field Day Anthology of Irish Writing.

Séamus' knowledge and erudition on these subjects was voluminous. Along with Séamus Heaney at St Columb's College in Derry, he enjoyed the opulence and possibilities of language. And they made great mosaics with that gift of writing in the literary world.

I know that Séamus enjoyed music a lot and Peggy lee, Ella Fitzgerald and Billie Holiday were his favourites.

'Reading in the Dark' was influenced by the great American novelist Henry James, especially his classic 'The Tour of the Screw'.

I can see both Deane and James in my mind's eye, walking through the autumn leaves – across Washington Square in New York chewing the fat, about God knows what.

Séamus Deane (1940 - 2021) criticised for paucity of women's work in Field Day Anthology of Irish Writing, Vols I – III, (1991) responded by raising funding for Vols IV and V. Visiting my sister last night, found these by stove. A fitting tribute to Séamus who died this month. pic.twitter.com/0udAK1Glgt

Séamus has a new book coming out at the end of this month from Cambridge University Press entitled, 'Small World: Ireland 1798-2018'. That will keep the professors of literature busy for years to come.

His style in poetry and prose is characterised by a sparse, incandescent beauty, which brings to mind John Keats.