Sean to ‘move a mile for muscles’ 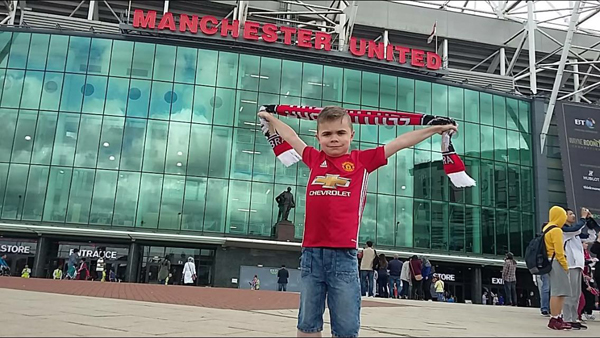 A YOUNG boy from West Belfast is doing his bit to raise money and awareness for muscular dystrophy.

The muscular dystrophies (MD) are a group of inherited genetic conditions that gradually cause the muscles to weaken, leading to an increasing level of disability.

Speaking to the Andersonstown News Sean’s dad Sean senior said: “The walk is called ‘move a mile for muscles’.

“Sean is planning to walk as far as he can then when he becomes tired he will get into his wheelchair and carry on, I’m planning to push him over the finish line.”

When Sean was diagnosed it came as a terrible blow to his family, but he has adapted quickly as have his family.

Sean senior said: “He knows he has limitations, his muscles get tired and they don’t work as well as other kids his age. He now knows that there are times he has to use a wheel chair. He is very good and brave and attends all of his frequent hospital and physio appointments with a smile on his face.”

Young Sean is an average nine-year-old who loves to play outside and watch his beloved Manchester United, Barcelona, Celtic and Cliftonville matches with his daddy.

“He doesn’t do PE in school,” said Sean senior.  “But Disability Sports NI are starting to introduce wheelchair sessions into his PE classes in St Peter’s Primary School. I think it’s great, it ensures that Sean is included and it also raises awareness with his classmates.

“I’ve always raised money for muscular dystrophy charities then I saw this ‘move a mile for muscles’ walk. I asked Sean if it was something he might want to do and he was all for it.

“His original target was £100 but he smashed that target pretty quickly, we are on £300 and counting at the minute. The generosity of people has been astounding, we just want to raise awareness for muscular dystrophy.”

Sean will be moving a mile for muscles on Friday September 9 in Ballymoney.

If you would like to sponsor Sean and his very worthwhile cause simply log onto www.JustGiving.com and search for Sean McKinney.