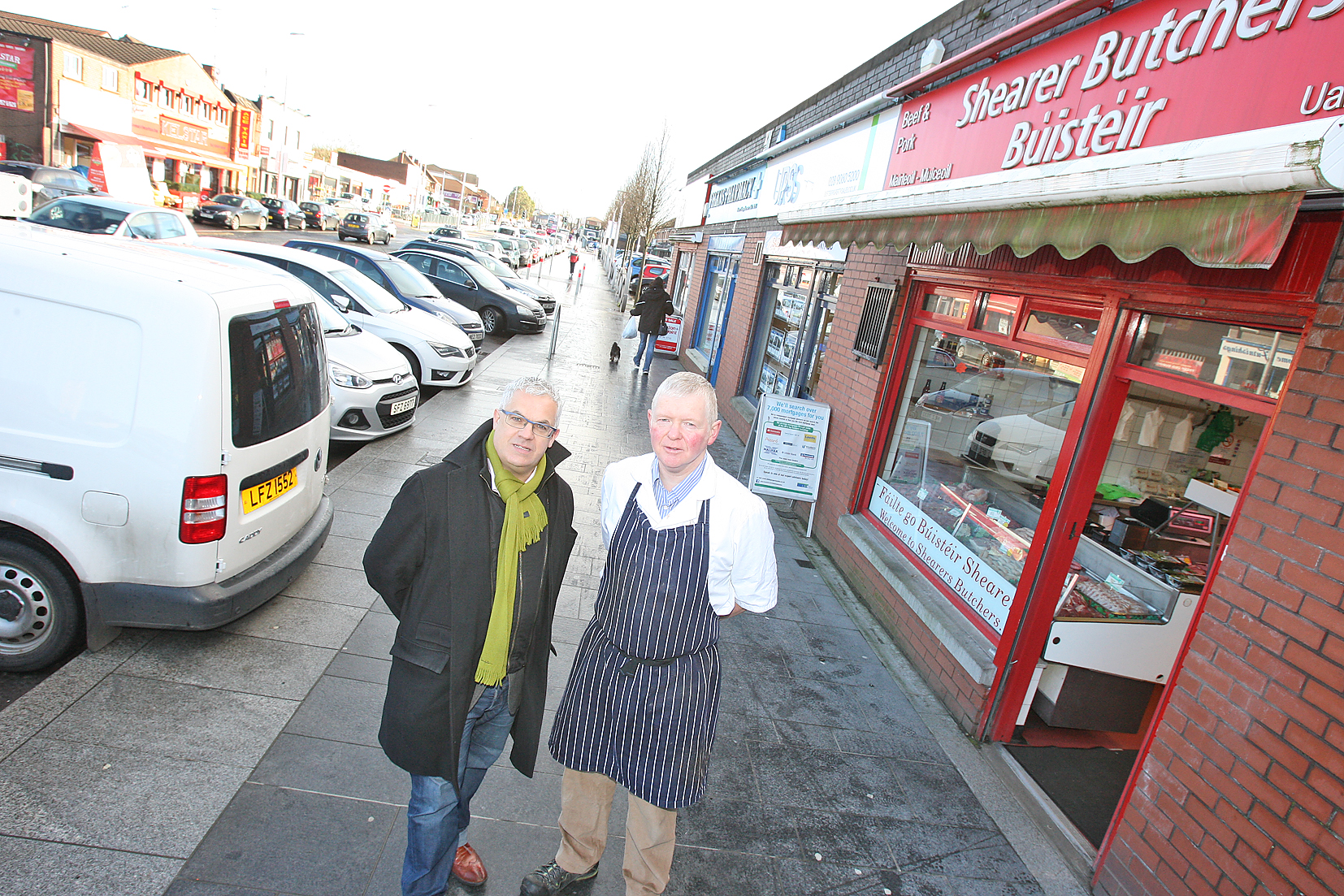 PARKING lay-bys will be removed and pedestrian footpaths shortened along the busy Andersonstown Road as part of the plans for the next phase of the Belfast Rapid Transit (BRT) system.

At a presentation given by Department for Regional Development (DRD) officials to elected representatives, proposals A Centre to the top of the Riverdale estate.

Fearing a reduction in trade, local businesses say their has been a lack of consultation between DRD and shopkeepers in Ander-sonstown.

SDLP Councillor Tim Attwood said that although the BRT developments in West Belfast will improve transport links into the city centre and are to be welcomed, “DRD must make sure it works for businesses and residents on the routes that have been well established.”

“This is a busy stretch of the road at any time and taking away car parking lay-bys will create problems.

“When I questioned DRD officials at the Council’s Cities and Regeneration Committee last week about the loss of car park spaces in an area dominated by small businesses, officials said the new BRT would bring more tourists into the area. I responded that I hoped this would be the case but they will not be buying a pound of beef sausages at Shearer’s Butchers. The valid concerns of local retailers must be taken onboard,” he added.

“You have people going into Mass, they park, pop into the shops, get what they need and go. I don’t see how doing away with lay-bys and shortening the footpath will improve the BRT system.”

Meanwhile, several mature trees were cut down along the Finaghy Road North BRT route close to the Ballyowen Health Centre, work that a DRD spokesperson said was “necessary to allow for the required road widening in the area”.

“As part of the works the Department will be carrying out extensive landscaping work and when the scheme is completed, there will be a greater number of trees on the route than there were before the works began,” the spokesperson added.

DRD officials will host a public information event in Andersonstown Leisure Centre today (Thursday) from 11am to 8pm and on Friday, February 12, between 8.30am and 2pm.

Fintan Shearer from Shearer’s Butchers said there had been a lack of consultation between the DRD and business owners.

“Reducing or taking away the lay-bys is no good to me, it’s no good to the estate agents or the hairdressers,” he said.

“You would be looking at a reduction in business. The tourists aren’t going to buy a bed from Colllins Furniture next door and take it back with them. I will be going to the information event to give the representatives a bit of my mind. It’s like all these things they are a done deal.”

The DRD spokesperson added: “The Belfast Rapid Transit implementation work on the Falls Road/ Andersonstown Road between Whiterock Road and Finaghy Road North is currently scheduled to start in Autumn 2016 and will last for approximately 16 months.”