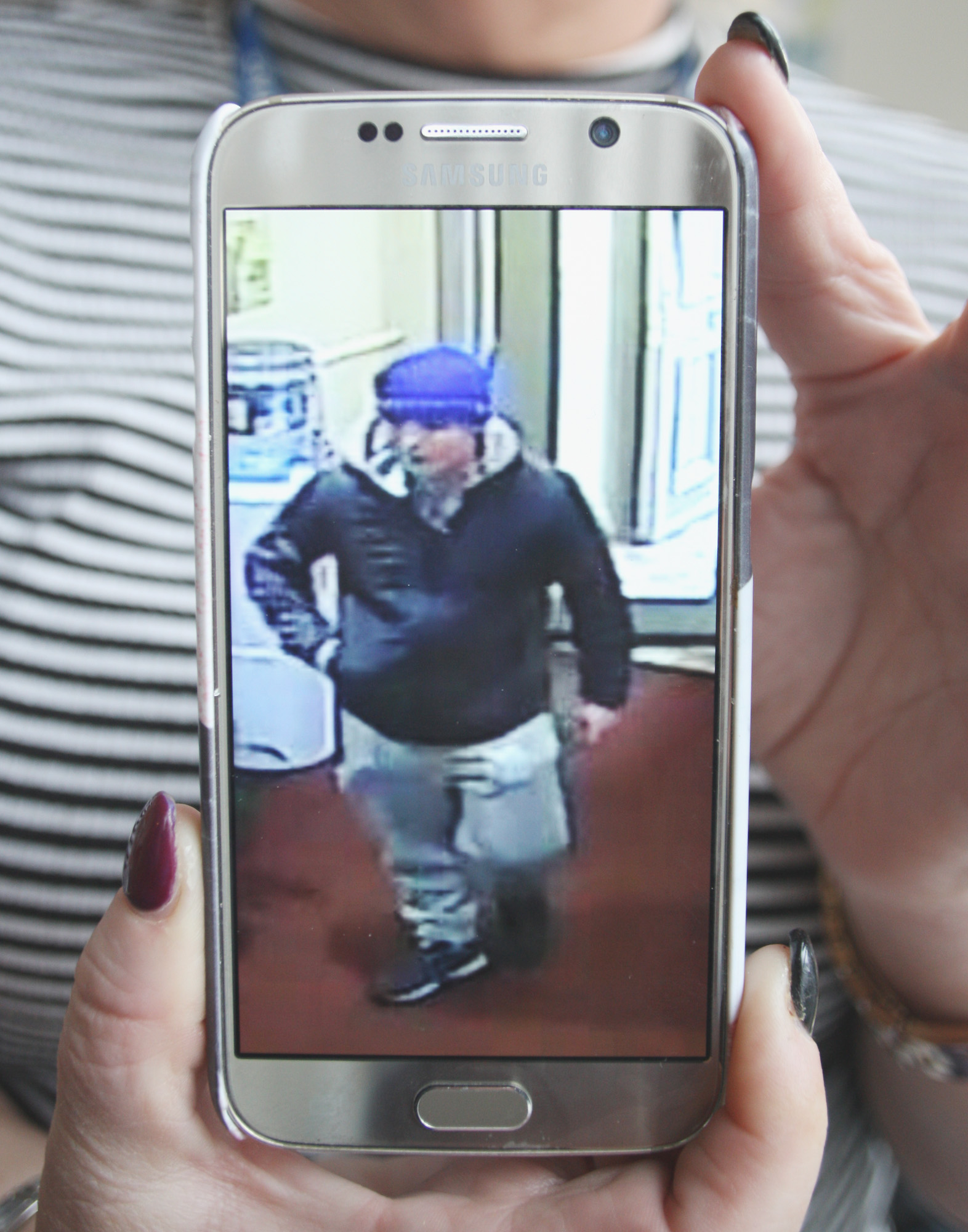 WANTED: A CCTV image of the intruder on a PIPS worker’s phone

POLICE in North Belfast are appealing for information after an opportunist thief stole an iPad from suicide prevention charity PIPS at the weekend.
The North Belfast News understands a lone male entered the charity’s premises on the Antrim Road on Saturday afternoon asking to use the toilet.
The individual was shown upstairs but when he did not come downstairs again after some time, staff became suspicious.
He was caught rummaging through upstairs rooms and an iPad was stolen.
Local SDLP Councillor Paul McCusker described the incident as “totally unacceptable”.
“For this to happen to a charity and staff who are work in the local community to save lives is totally unacceptable,” he said. “The attack on PIPS and any attack on a charity is totally unacceptable and mindless. Thanks go to one of the counsellors who challenged the individual and raised the alarm, otherwise we could have lost more items.
“PIPS is a vital charity, especially at this time of year, and they rely on the financial funding of the public. This won’t deter the charity from continuing to provide a very important service to those in distress and needing the support from our services.
“There are also obvious concerns about confidential information stored on the iPad and I would obviously appeal for the return of the item and for people to contact police with any information.”
A PSNI spokesperson said: “Police received the report of a suspected theft from offices on the Antrim Road in Belfast on Saturday, December 16. Enquiries into this are ongoing.”