Soccer: Plunkett come from behind to beat Aquinas 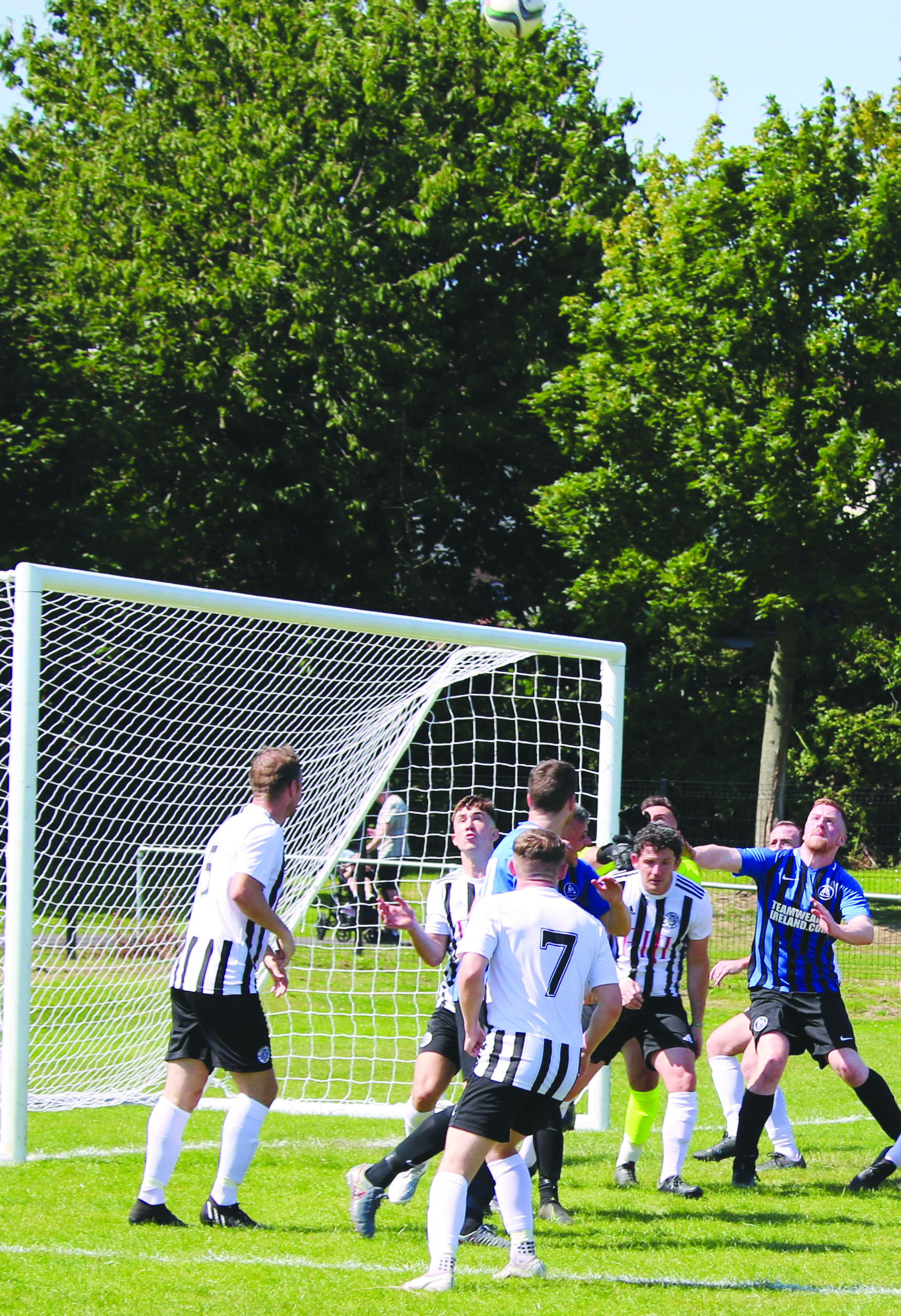 Against Newtownabbey, a 10-minute blitz from the visitors deprived the home side of a second win against the run of play in a game Aquinas will feel they should have got something from.

On Saturday in Lenadoon, Aquinas took the lead twice but they were unable to hold onto it against the impressive West Belfast side who gave everything to deny the visitors an away win.

Again, a 10-minute onslaught decided the game with three consecutive goals late in the second half.  Sitting eighth in the league, Aquinas need a win away to Bryansburn in midweek to consolidate their disappointing start to this season.

From kick-off it was Aquinas who took control of the game.

Plunkett captain Michael Healy and his two centre backs Martin Webb and Stephen Killyleagh were forced to hold back a series of attacks which cut through the home side’s midfield.

The First Team unfortunately lost 4-2 to @SOPFC69 yesterday in the league in a very well contested game. Our goals were scored by @eamonblack and @Plowecfc7 Many thanks to Joe Porter Fitness for the sponsorship! pic.twitter.com/l41rB6PH65

Paddy Lowe and Eamon Black were the main Aquinas threat and an early goal looked likely.  The home team conceded two free-kicks right on the edge of their and a series of corners only added tension to their nervy start.

After 15 minutes, Martin Ramsey found himself one-on-one with his former teammate Mark McIlvenny, but the classy ’keeper did enough the thwart the effort.

When Black was brought down to the right of the Plunkett area, his well-taken free kick from 25 yards smashed off the home side’s crossbar much to McIlvenny’s relief.

The home needed to do something in the middle of the park to halt the visitors and increasingly it was their forward Ciaran Reid who had to drop into that area making him less of a forward threat, but the attacks still came.

The home side’s right wing seemed wide open for Lowe and Black to exploit and with half an hour played, a great run from Lowe in behind produced an effort which was cleared off the line by Michael McCusker.

Healy rallied his side and after a short water break, Plunkett responded.

Wing back Martin Webb linked up with Eoghan Hamill on the left and his excellent crossfield ball found McCusker free at the back post but his effort went just wide.

In the 39th minute, Aquinas ’keeper Gavin McDonald made a great save from a long-range shot that midfielder Eugene Reid caught perfectly, but he was unable to deny McCusker who placed the ball in the Aquinas net when he reacted quickest to the deflected ball.

The home team were unable to hold onto their 1-0 lead for long as the visitors broke and a poor clearance from Killyleagh put Plunket under serious pressure. The loose ball was brought down by Black in space and struck it early from 30 yards, beating McIlvenny who could only watch it fly past him into the Plunkett goal.

The visitors started excellently in the second half. Martin Ramsey began to get plenty of the ball and twice he was involved in moves that could have put Aquinas back in front.

Black played a through ball to Ramsey which split the Plunkett defence, but the striker was unable to get the angle and placed into the side netting. Moments later, McIlvenny made another spectacular save from Black at his near post.

He was on hand soon after to make the save of the day when he managed to tip a Ramsey close range header just over the bar.

When Aquinas went close again from Lowe it was obvious the home team needed to make changes and they did. Sean Jackson came into midfield and Mark Sloan replaced Reid up front, changing the game.

His presence up top paid off eventually, but it was the visitors who snatched the lead again with a well-taken goal from Lowe who got in at the back post from another Aquinas attack involving Black and Ramsey.

With 74 minutes played there was plenty of time for Plunkett to recover and they did with a five-minute onslaught.

Eoghan Hamill levelled the game two minutes with a well-taken goal and from the kick-off Aquinas were on the back foot. They failed to clear their lines from a direct long ball into their area and McDonald had to pick the ball out his net for the second time in a minute as Jackson popped up in the box to score.

As the clock ticked down, Aquinas did everything but score the equaliser after making three changes.

From a free-kick, substitute Mark McCourt flicked a ball into the Plunkett six-yard box where James McKee was unmarked, but to his frustration it whizzed past him.

With three minutes left, McIlvenny made his final save of the day when he denied Ramsey from close range.

Plunkett rounded off a great day with a clinical finish from substitute Mark Sloan right on the final whistle with Aquinas pushed looking the equaliser. The fourth goal produced a score-line that didn’t really reflect what was a great performance from both sides.

All three substitutes for Plunkett played a major part in their win. The heroics of goalkeeper and man-of-the-match McIlvenny, who was injured for most of the second half, and the steely determination of St Oliver Plunkett gave them a deserved win at home which now puts them second in the division.

There were many positives in the game for Aquinas, but this will be no consolation to them having twice taken the lead in a game they dominated in long periods.

A win against Bryansburn will go some way to stabilising what has been a frustrating start for them.  Their performances may have deserved more but the league table doesn’t lie, and they will be looking to turn effort into results over the next few weeks.