Some great leaders and their, ah, colourful pasts 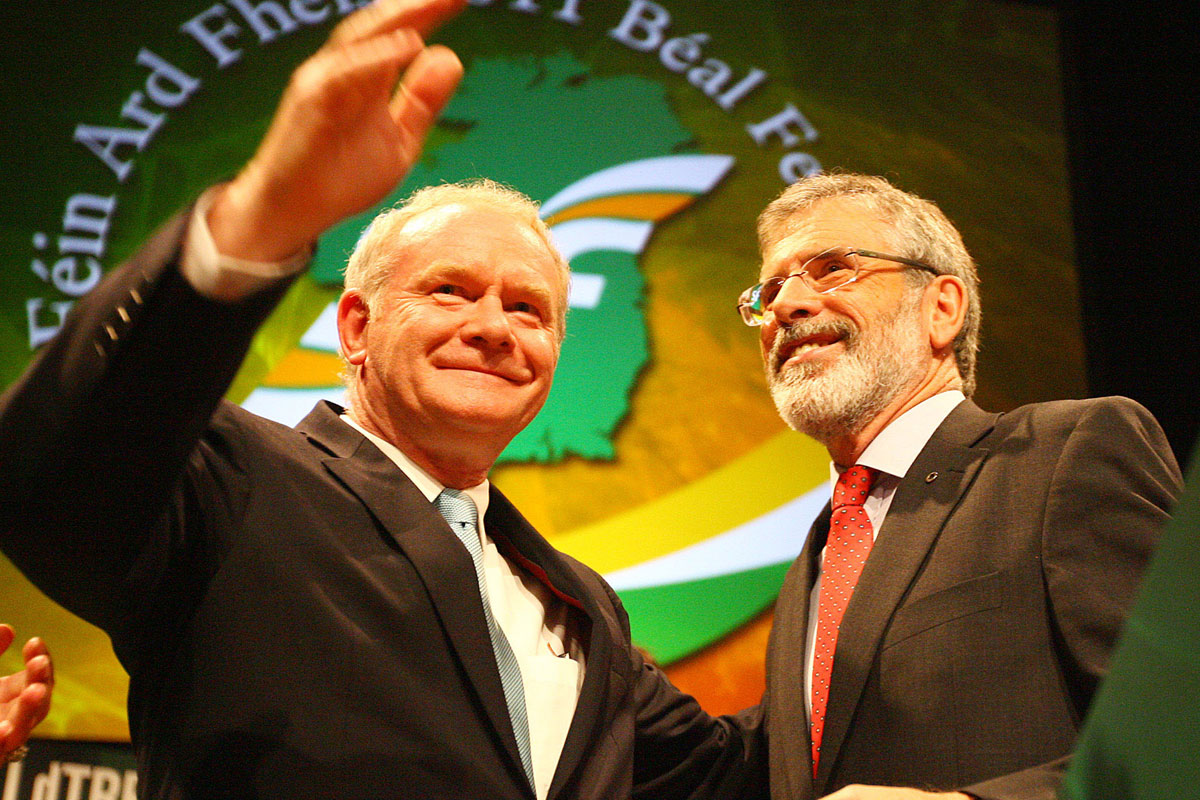 I was in the Waterfront Hall on Saturday afternoon and do you know what? It was kind of dull. The speakers were lined up and in five-minute bursts they said things which everyone in the hall agreed with, and that’s what made it kind of dull.

As I write this I’m listening to the Stephen Nolan show on BBC Radio Ulster. Like the Ard Fheis, the programme has Rev David Latimer as its guest, but it’s far from dull. Why? Because callers are head-butting each other over whether the Rev David Latimer is a Christian or a super-Lundy. Differing convictions = lively listening.

That said, the Ard Fheis wasn’t all dull. It was book-ended by two speakers who brought  the audience to their feet. Opening the conference, David Latimer, closing it, Gerry Adams.

“One of the true great leaders of modern times.” It’d be safe to guess that most republicans admire Martin McGuinness’s leadership qualities, and equally safe to say that many unionists admired the way he worked with Ian Paisley and works with Peter Robinson, and in particular his response to the killing of Ronan Kerr. On the Nolan Show, though,  the rejection of him is centring around his past role in the IRA.  He was involved in violence – admits to having been in the IRA – so he can’t possibly be regarded as a great leader.

Let’s test that. American leader Harry Truman ordered the death of over 200,000 people at Hiroshima and Nagasaki. Lyndon Baines Johnson used to sit in the White House during the Vietnamese War and listen to protestors chant “Hey, hey, LBJ, how many kids did you kill today?” And Winston Churchill gave orders that released over 4,500 tons of bombs and incendiary devices on the German city of Dresden in one night, resulting in the deaths of thousands of innocent people. Yet most people accept Truman, LBJ and Churchill as great leaders. Sorry, guys. The he-can’t-be-great-because-he-was-involved-in-violence argument collapses at the first touch of thought.

As for the Adams’ speech at the end, the Sinn Féin President was clearly addressing two major constituencies.

The first was the constituency of those uneasy about power-sharing, who fear a severance between today’s power-sharing and the republican past. Adams’ speech stressed continuity. He roll-called the names of the hunger-strikers, pointed to the presence of former hunger-strikers Raymond McCartney and Pat Sheehan at the Ard Fheis,  and ended with a rousing “Tiocfaidh ár lá!”

The second constituency his speech targeted was that mass of people (particularly but not exclusively in the South) who are concerned not with the constitutional position but with making ends meet. For them he listed the corruption of Fianna Fáil, the betrayal of election promises by Fine Gael and Labour, and Sinn Féin’s bread-and-butter alternatives. The two constituencies  – those focused on national reunification and those focused on paying their bills – were brought together in his call for a new republic, free of British interference, thought-out and agreed between Catholic, Unionist and Dissenter throughout the island.

So  yes, a sober conference, lit up by memorable speeches at either end. One commentator declared it an Ard Fheis short on laughs. Well, yes, but I did stumble on one good post-Ard Fheis chuckle. At first I was bewildered when I saw the BBC2 schedule on Saturday night: just after 9pm a programme about something called ‘The Conference’. An episode of ‘The Apprentice’ maybe?  A documentary on  academic free-loaders? I switch on and,  gorblimey, there’s  Sarah and Mark in the Waterfront Hall, quizzing Gerry Kelly and John O’Dowd about the, um, Ard Fheis.

You’re a laugh, Auntie. Please don’t say you paid someone for dreaming up that title or I’ll die laughing.