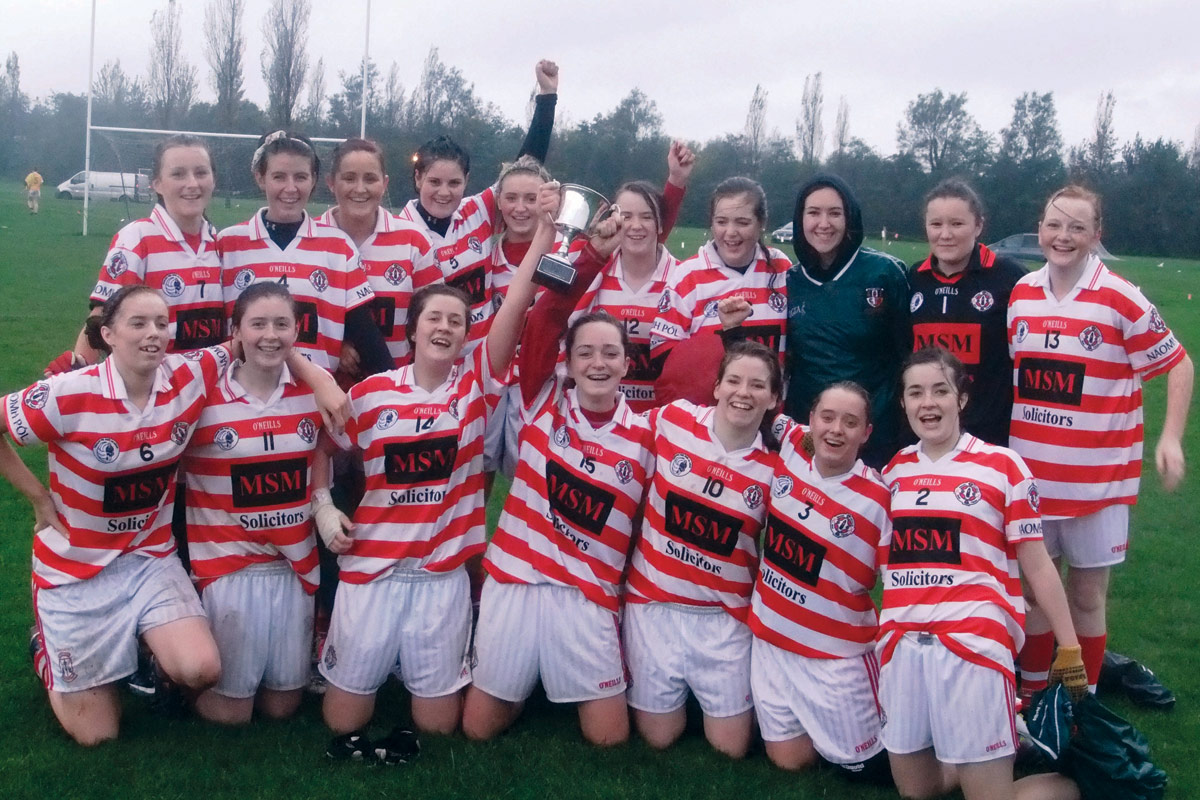 The St Paul's underage ladies football team finished the season with another Championship title. The club’s minor ladies took to the field against a South West combination team from Creggan, Moneyglass and Tír na nÓg.

The horrendous weather conditions did not deter both teams from producing a great opening first half battle.

St Paul's opted to play into the wind and while holding the majority of possession were frustratingly denied scores as the wind killed the power of their kick, and usually certain scores fell short into the keeper’s hands.

The South West team had a few attacks in the opening half, however each attack produced a score and St Paul's were playing catch up in the opening 15 minutes.

A minor and a major from Niamh Adams and Aine Tubridy respectively kept the Belfast side within a point.

However Niaimhin Cooper's 21 metre free in the 20th minute slipped under the horizontal and put St Paul's ahead. This was the turning point of the game as Siobhan Bell also netted the ball.

St Paul's entered the second half 3-1 to 0-4 up. Cooper was first to strike with a well taken point with captain Aine Tubridy quickly following that up with two points of her own.

The South West side were finding it impossible to breach the St Paul's defence of Fionnghuala Rocks, Caragh Lowe and Lucy Wallace and full back line up of Emer Rocks, Laura O'Neill and Aisling Dunlop. Saoirse Tennyson was also superb in nets.

The solid defence combined with a strong wind and heavy underfoot conditions took its toll on the southwest side and they found it extremely difficult to score.

It wasn't until deep into the second half that the country team pointed a free courtesy of Aoife McAteer.