Stan set to have day in court over dad’s killing 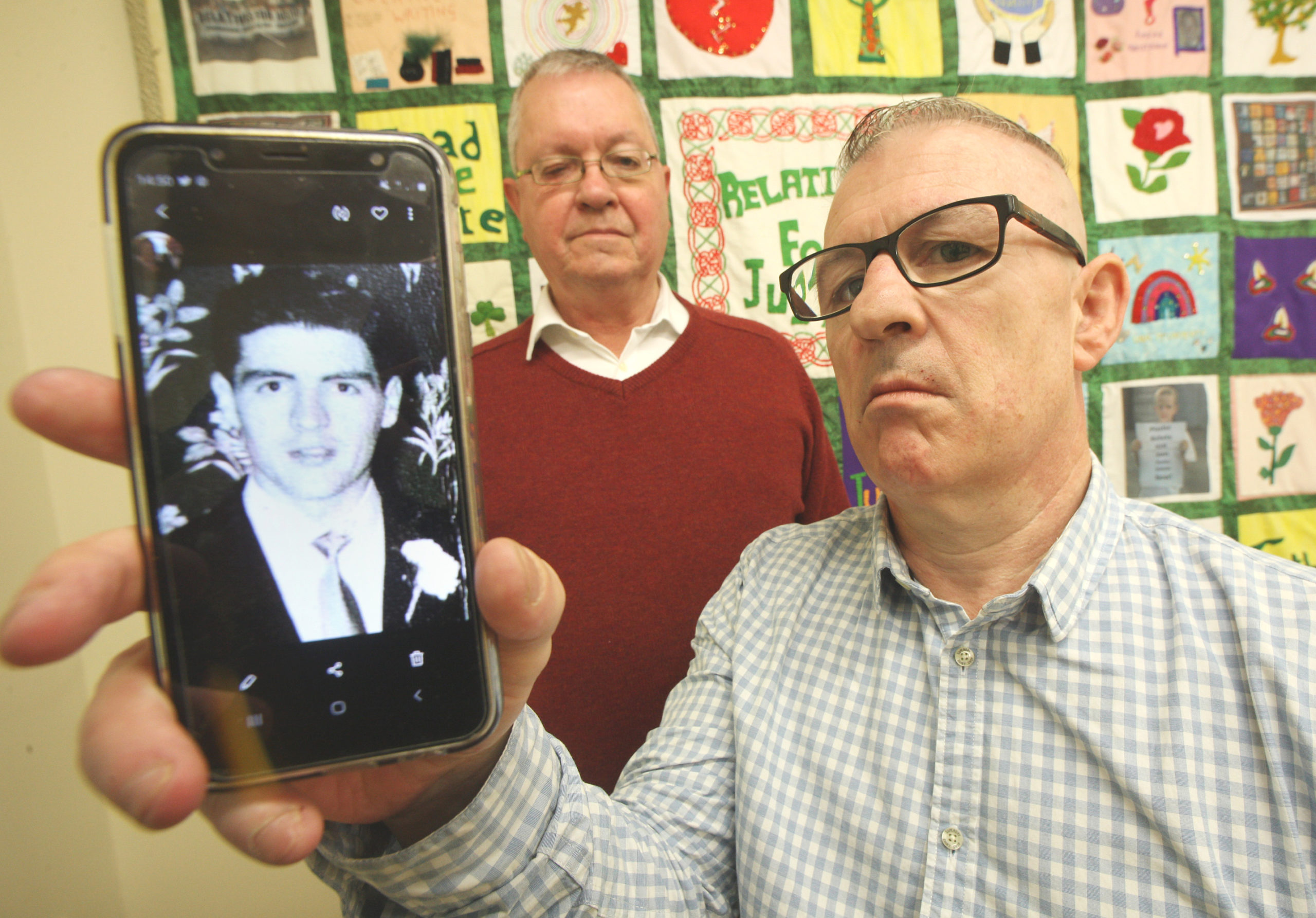 JUSTICE: Stan Carberry with a photo of his father, also Stan, who was shot dead in 1972. Mike Ritchie from RFJ has been working on the case with the Carberry family


FORTY-seven years on from the brutal killing of his father, Stan Carberry is set to have his day in court as his case reaches the civil courts.

IRA Volunteer Stanislaus ‘Stan’ Carberry (34) was shot dead by the British army in November 1972 at the junction of La Salle Drive and the Falls Road where he was the driver of a car.

The Ministry of Defence (MoD) alleged that Mr Carberry fired shots first, before soldiers returned gunfire. However, no weapons were ever recovered from the car he was travelling in. An autopsy revealed that Mr Carberry had three wounds, which had entered his back.

Back in September 2011, the Andersonstown News reported how two witnesses came forward with information on the killing of Stan Carberry Snr after an initial public appeal in the paper.

One witness will travel from Canada, having opted to not appear via video link to give evidence later this month. Stan Carberry, who was just eight when his father was gunned down, told the Andersonstown News that he is “obviously nervous” but at the “same time I know my father was murdered”.

“I want my day in court to get the truth, after all these years,” he said.

“This is 18 years in the making, working with RFJ, with solicitor Kevin Winters and Ciaran MacAirt who has helped so much with the paper trail. I want to hear this judge, I want to hear him say unlawful, this is very much progress,” he said.