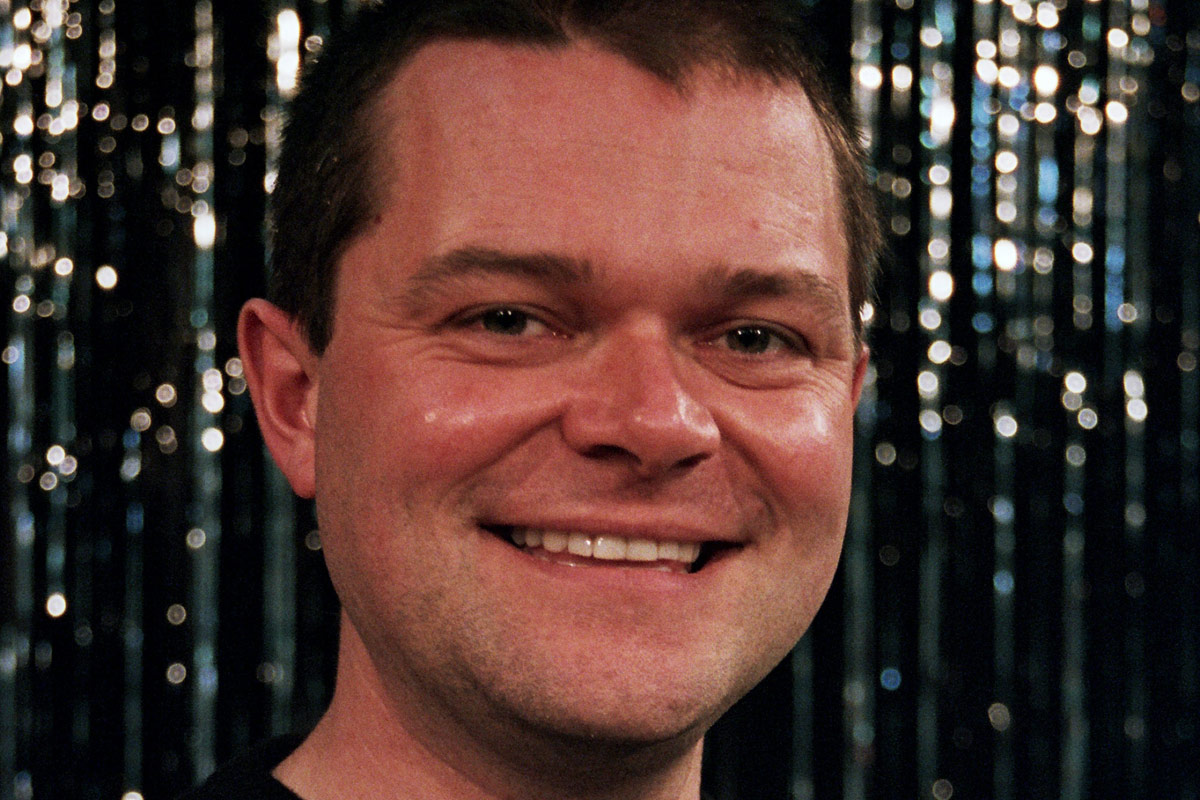 I was born in... Lisburn

I grew up in... Ravenhill Park

I now live in... Mount Merrion

I was educated at... Belfast Royal Academy and the University of Ulster

My earliest memory is... the Doctor Who story City Of Death in 1979

When I was a child I wanted to be... either a baker or an actor

I actually became... an actor and theatre company manager

Worst job I’ve ever had... was filing chiropody notes in a health centre

Best job I’ve ever had... is my current one with Bruiser

The bravest thing I’ve ever done is... disagree with my wife

The stupidest thing I've ever done is... trying to jump over a river and wrecking my knee

The biggest thing I've yet to do... is be Doctor Who

The people who inspired me most... are my parents

The most important thing in the world... is family and friends

I'm most proud of... my daughter Aoife

My best friend would say... I work too much

I like to relax by... going to the theatre or watching the telly

My favourite saying is... ‘Did you ever think you’d see such times?’

The last book I read was... Doctor Who Magazine

My favourite movie is... Psycho

The actor that would play me in a movie of my life would be... I don’t know

The song that makes me dance is... Don’t Stop ‘Til You Get Enough by Michael Jackson

The song I would have played at my funeral would be... Both Sides Now by Joni Mitchell

The best place I've ever been... is Iceland

The place I have to visit before I die... is Russia

The last person I talked to on the phone was... Laura Willis

The last text message I received was... from Nuala McGowan

If I was a politician... I would be useless

If I won the lottery... I would buy the South Bank Playhouse and give it to the members of the company

If I could describe myself in five words they would be... reliable, thorough, funny, nervous and enthusiastic

If I could invite five people (living or dead) to a dinner party they would be... my dad, Bob Dylan, Polly Harvey, James Stewart and Elvis