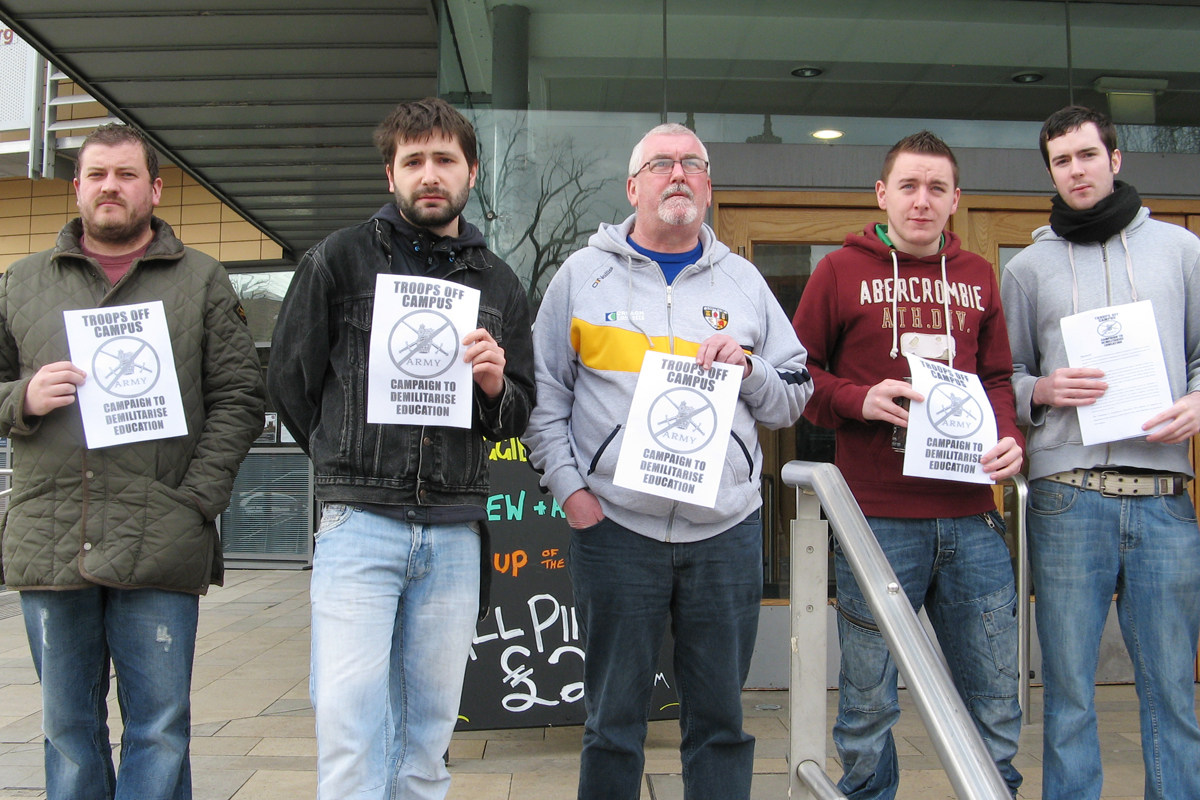 A GROUP calling for the British Army to keep out of Queen’s University have claimed a victory after an event by the head of the campus’ Officer Training Corp (OCT) was “postponed”.

A protest was held last Friday at the Student Union, by the Campaign to Demilitarise Education group, comprising students and republicans, calling for an end to the “British Military on campus”.

The protest was held before a planned “leadership course” was due to take place at the university by the Commanding Officer of the OCT, Lieutenant Colonel Richard Maundrell.

Following the protest, Queen’s University confirmed the event was postponed, but a spokesperson refused to comment on the reason behind the move.

However, a spokesperson for the campaign, Eamonn Ó Maolmhuaidh told the South Belfast News during the demonstration that the group believed pressure from the protest was working in their bid to see ‘troops off campus’.

“We want to see our university demilitarised,” he said.

“This is also about forcing the university to live up to its ethos as a place for all students to feel comfortable studying in. The Officer Training Corps makes a mockery of that idea.”

The group claim a previous event in which the OTC were to hold an information stall was axed due to the threat of peaceful protest, and have said their actions are in the spirit of “radical student politics”.

Following the protest, Mr Ó Maolmhuaidh said the group later learned the OTC event had been called off.

“This is proof that our protests have the power to get our point across,” he added.

A spokesperson for Queen’s University said the event had been postponed but as yet no date had been decided upon for it to be reheld.

The OTC is an offshoot of the Territorial Army. A Ministry of Defence spokesman confirmed that the leadership course was cancelled, but declined to comment on the reason for the decision.