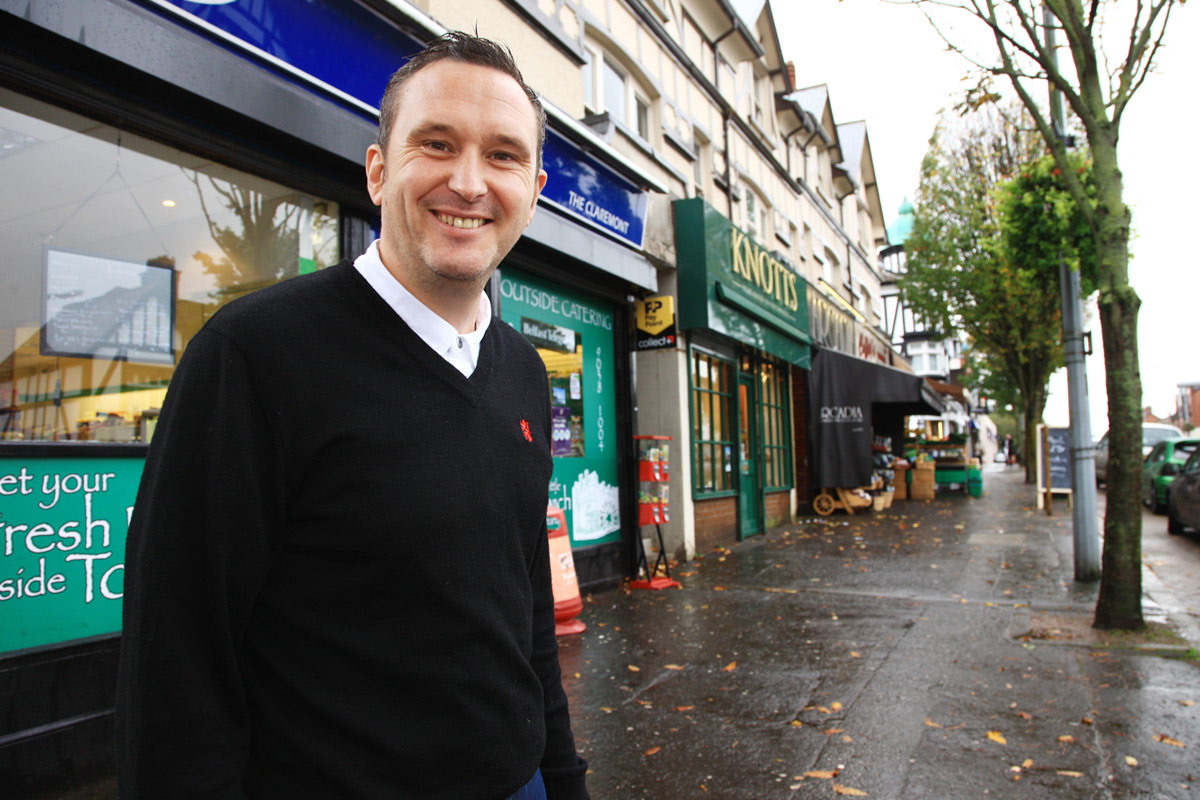 A South Belfast businessman has taken matters into his own hands and arranged a meeting for local traders with an economic development agency after personally contacting the chief executive.

Mark Taylor from the Lisburn Road Business Association took the step of contacting Invest NI in a bid to speak to its chief executive Alastair Hamilton on Wednesday (October 5) after hearing about the agency’s plan to give millions from its £185 million budget back to the Department of Finance. The surplus of £17.5 million is being blamed on many firms postponing their investment plans due to the recession. Mark said his belief that some of the money should be given to independent traders in order to help them through the harsh economic climate was the spur for the call.

“Sometimes I just get the bit between my teeth and when I heard about this surplus being handed back that was one of those occasions. I phoned Invest NI and asked to be put through to the chief executive. I was passed about the place and finally got his secretary.

“I left a message and within a few minutes, Mr Hamilton phoned me back. He couldn’t have been nicer and asked what they could do to help us on the road. We spoke for about half-an-hour about the issues we’re facing and it was all very positive. He ended by promising he would send one of his top staff down to meet us this week and within 15 minutes she was on the phone and we arranged for her to come down and see in person what we’re facing here.

“If there is something they can do with us, then brilliant. Likewise, if there’s nothing they can help us with, then at least they’ve given us the time of day. Invest NI is a manufacturing and export company which is fine but the majority of businesses here are small-to-medium sized and don’t export.

“Somewhere down the line, Westminster is going to cut the apron strings and we are going to have to be sustainable on our own. That’s where these independent businesses come in. They need help and that’s what I’ll make clear in next week’s meeting.”

The traders will then follow the Invest NI meeting with another meeting, this time with Belfast City Council’s development committee on October 25.

“We have ten minutes to pitch to them on the regeneration of the road and it’s part of a great amount of things happening for us. We are taking part in the Belfast Media Group’s Buy Local campaign, and we are advertising on television and radio.

“As a business association, we are doing our upmost for the road and lots of things are now happening for us.”

An Invest NI spokesperson confirmed the meeting would be taking place.