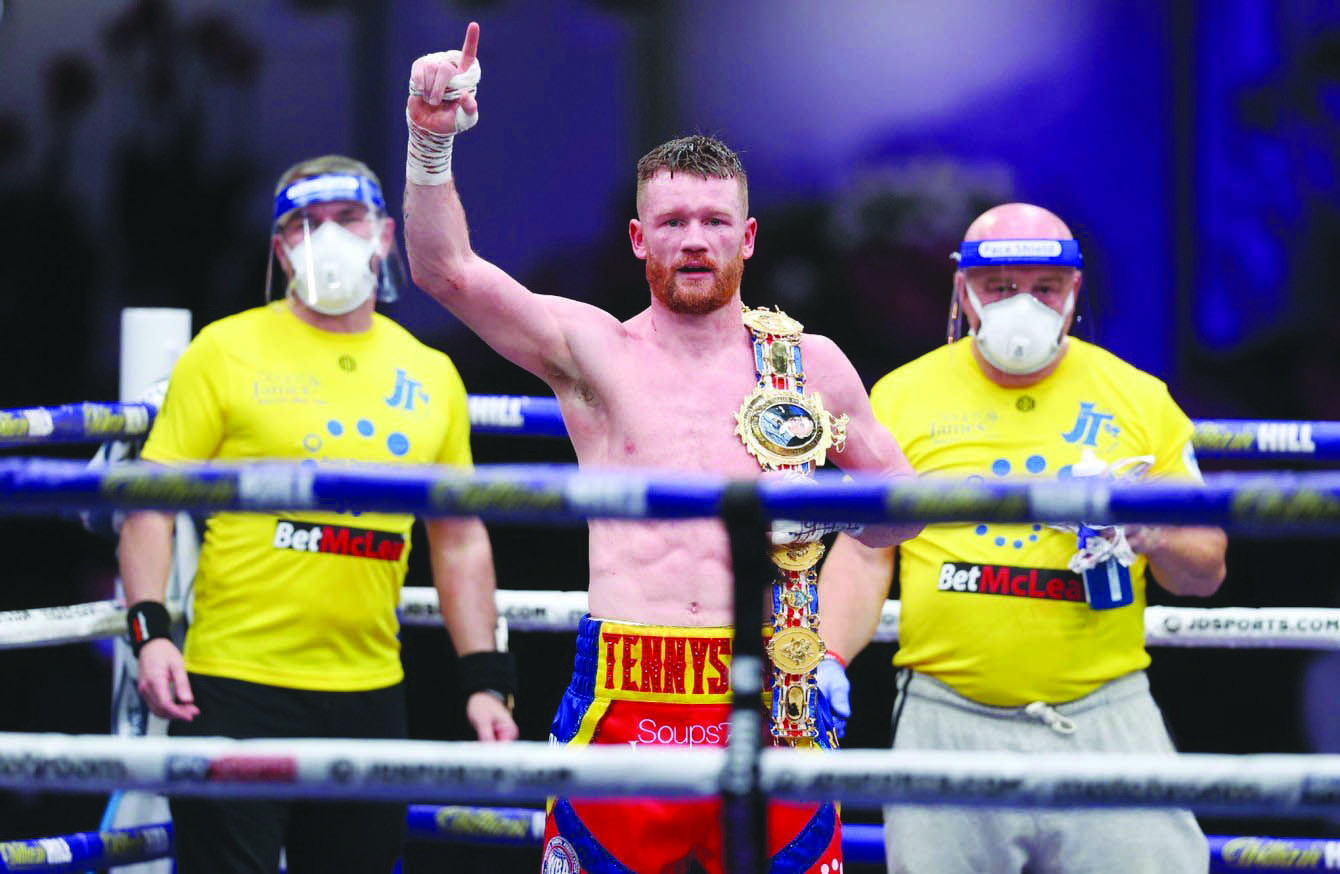 JAMES Tennyson has been handed an early Christmas present as the Poleglass puncher takes on Canada's Josh O'Reilly in a WBA lightweight eliminator on the undercard of Billy Joe Saunders versus Martin Murray at the SSE Wembley Arena next Friday night.

Tennyson claimed the British title with a sixth-round stoppage of Gavin Gwynne at Matchroom Fight Camp back in August but has since relinquished the Lonsdale Belt as he sets his sight at another crack at world honours.

Standing in his way is O'Reilly who holds a perfect record of 16 wins in as many fights and who holds a top 10 ranking with the WBA.

Victory would put him in pole position for a shot at the title that is currently held by the division's top dog, Teofimo Lopez and Tennyson says he is delighted to get back in the ring to round off 2020 when he added another title to his collection having belts in three divisions to date.

“I've been grafting away with Eddie (Hearn, promoter) for over three years now and it has been an incredible journey, and while I’ve collected British, Commonwealth and European titles, I feel I'm only getting warmed up,” said Tennyson.

“I want the full deck, so I am continuously prepared to go deep until I get the world title.

“Josh O’Reilly is undefeated and a great test for me; he is ranked eight with the WBA and is their North American champion.

“I am number 10 and the WBA International champion, so we both have a lot to gain and it is a great achievement for us both to get this far.

“While it is pretty amazing to be out twice this year in big fights given the current climate we are living in, I’m getting pretty fed up with hearing these American's names being thrown about as the next big thing. I would take (Yuriorkis) Gamboa out in a few rounds and after the O’Reilly eliminator, I want to be headlining bills.”