Tennyson to move up in weight after title loss 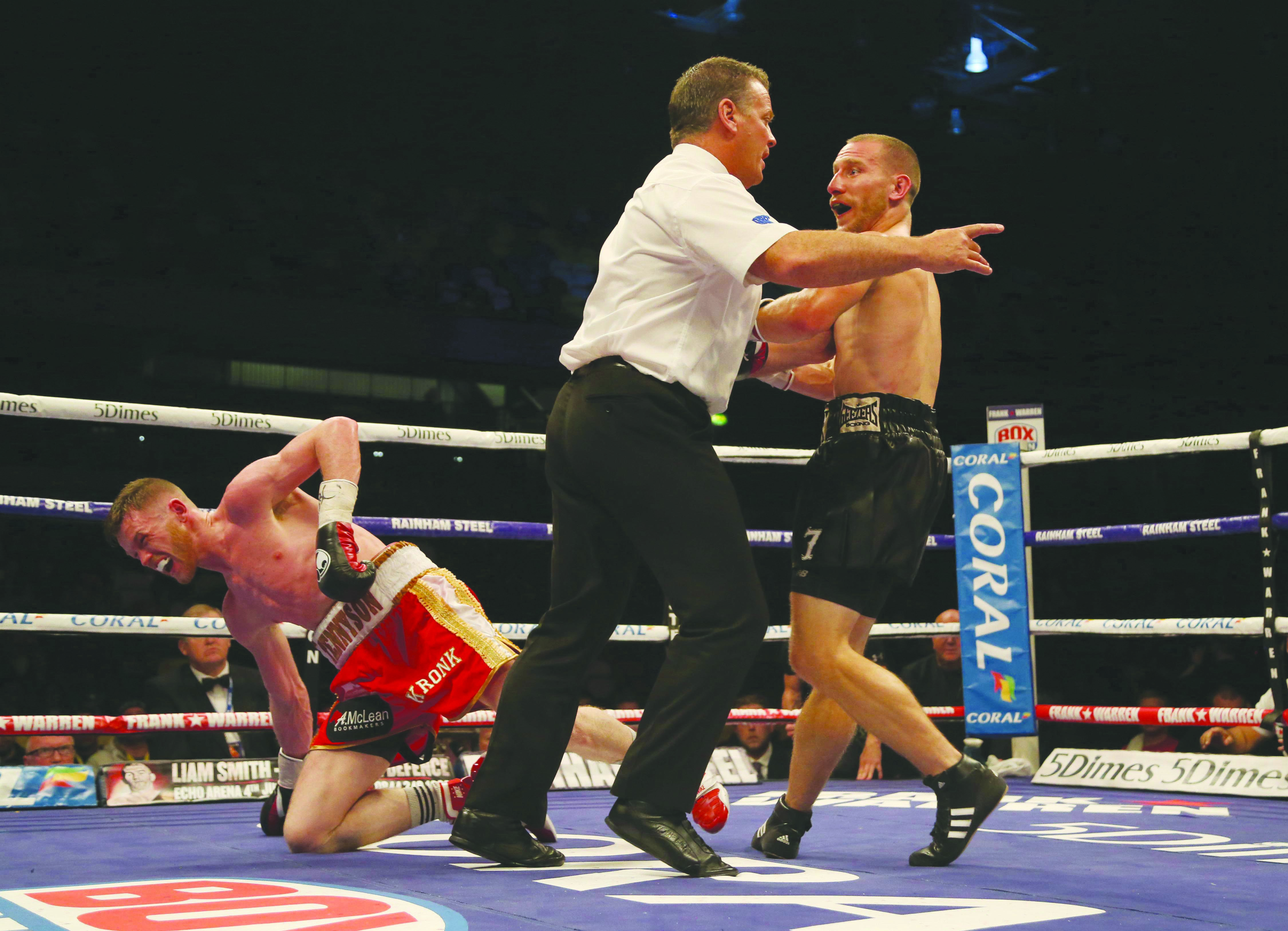 IT just wasn't to be for James Tennyson on Saturday in London as the 22 year-old came up short in his British featherweight title challenge against Ryan Walsh.
The Poleglass native was stopped in the fifth round of their bout at the Copper Box as the step up in opposition proved a bridge too far for ‘The Assassin’ whose record now stands at 16-2.
Tennyson admitted he wasn't on form on the night and confirmed he would be moving up to super-featherweight next.
“I didn’t feel right, I felt slow,” he admitted after.
“I came back in the third but I felt slow, I felt a wee bit tired, but I can’t make any excuses, the best man won on the night.”
Tennyson looked a little nervous in the early stages and was out of range in the initial exchanges with his shots falling short as Walsh settled to the task much better.
However, the Belfast man grew into it as the round went on and finished much better and maybe just nicked the opener.
However, Walsh came out for the second with two solid rights that shook the challenger and that right hook just couldn't miss as he tagged the West Belfast man again with a couple and a looping overhand right had Tennyson down.
However, he rose and saw out the round and even went on to dominate the third, driving Walsh back with his uppercut particularly effective.
However, it was a false dawn as the champion was back in control in the fourth, unloading some big shots as Tennyson got drawn into the trenches and failed to take advantage of his reach advantage with the jab non-existent.
The alarm bells were now ringing and in the fifth, Tennyson seemed to lose concentration slightly and was tagged by two hard shots that proved to be the beginning of the end.
After a right to the body, Walsh landed and overhand right that had Tennyson down. Again he rose, but the wind had been taken out of his sails and another right to the ribs had him on the floor once again.
Although he rose at nine, referee Michael Alexander had seen enough and waved the bout off after 2:34 of the fifth.
“He didn’t give the first knockdown as a low blow and obviously his stomach was still sore and he had to get up as quickly as possible,” said Tennyson's manager, Mark Dunlop.
“He did the weight alright but I think he’s maybe getting a bit too big for featherweight.”
Coach, Tony Dunlop admitted it was a bitter disappointment for his man but believes he will come again.
“He’s only 22 years of age and it’s great experience for him up to now,” he said.
“We expected more tonight, we expected to win that title tonight but he seemed to be a bit lethargic getting in there and I could sense it.
“He did ok for a while but he’s still a 22 year-old kid and he will become British and European champion. Tonight was a setback and the best man won on the night but we will definitely consider moving up to junior lightweight. I think that’s what will be happening.”
Tennyson admitted the champion just had a bit too much on the night, but feels that had he been on form it could have been a different story and better days lie ahead.
“He’s a good fighter,” he acknowledged.
“He’s British champion and he’s one win away from winning the (Lonsdale) belt outright. I think if I was on top of my game I would have won the fight but, as I said to Tony, ‘I felt a bit slow tonight’. It wasn’t my night.
“Maybe if I was on top of my game I could have used the jab more and picked clear, long shots. But I just wasn’t right. There’ll be better days ahead, I’ll be back.”