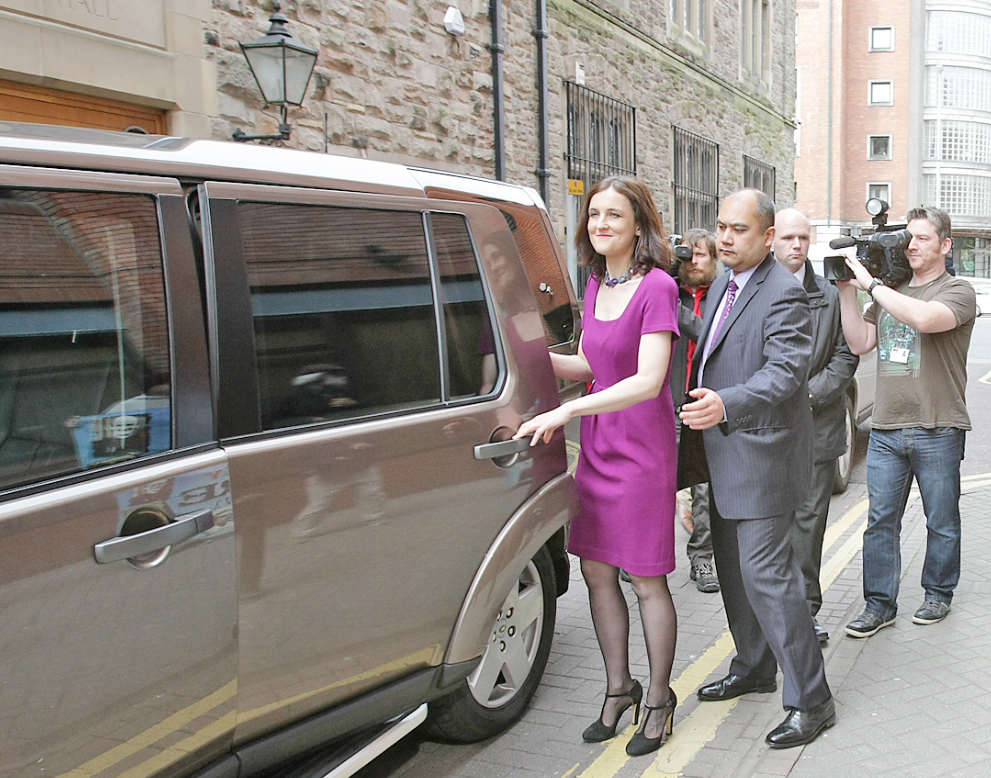 THE DUP has urged London to take over responsibility for welfare from the Assembly after the party’s bid to push through the Welfare Bill failed after a lengthy debate yesterday.

A petition of concern tabled by Sinn Féin and backed by the SDLP and the Greens ensured that the bill would be blocked, opening the way for the DUP to follow up on its promise to ask Secretary of State Theresa Villiers to implement the threatened cuts.

Eleventh-hour talks last week between Ms Villiers and the parties designed to head off yesterday’s showdown came to nothing and it’s expected that the DUP will sit down with her again before the end of the week to formally ask her to intervene.

“The bill is now dead,” said the DUP’s Sammy Wilson, a former Finance Minister, speaking after the bill fell, “and the financial consequences which stem from that are going to roll out not just this year, but next year and the year after that. We’re entering uncharted waters.

“I think the only answer to this, since there’s not the maturity amongst the nationalist parties in the Assembly to deal with the issue, is for the government to take on the reform issue itself. That then escapes the immediate budget consequences and longer-term ones as well.”

“Well done, Sinn Féin,” he said. “You say you stand up for the vulnerable in Northern Ireland, but you are making them suffer for your political aspirations in the republic. I am particularly disappointed in Martin McGuinness and his lack of self-respect in allowing himself to be shaken by the tail by Sinn Féin’s southern command,” he added. “The decision to block the Welfare Reform Bill and thereby scupper the Stormont House Agreement is an act of political terrorism.”

Sinn Féin’s Alex Maskey urged the parties to sit down together and work out a solution.

"What we have to do is face the problem, something has to be sorted out because the problem’s not going to go away,” he said.

“The parties still have to get round the table. There’s an offer from Scotland, from Nicola Sturgeon, let us all sit down and work out together and directly challenge the Tories in London who are trying to impose these drastic cuts.”

During the debate the SDLP’s Dolores Kelly said the DUP should withdraw the time constraints they’re placing on the welfare issue.

“My party and I recognise the difficulties in setting a budget and the time constraints that we work within, but it is not yet too late for all parties to address the concerns about welfare reform that we each have,” she said. “Therefore I ask the DUP to consider the time frame again and whether it would be in the best interests of us all to have a mature negotiation in which all of the parties are included all of the time.”

58 MLAs voted in favour of the Welfare Bill, while 39 voted against. Greens leader Steven Agnew didn’t cast a vote despite having signed the petition of concern which negated the outcome.