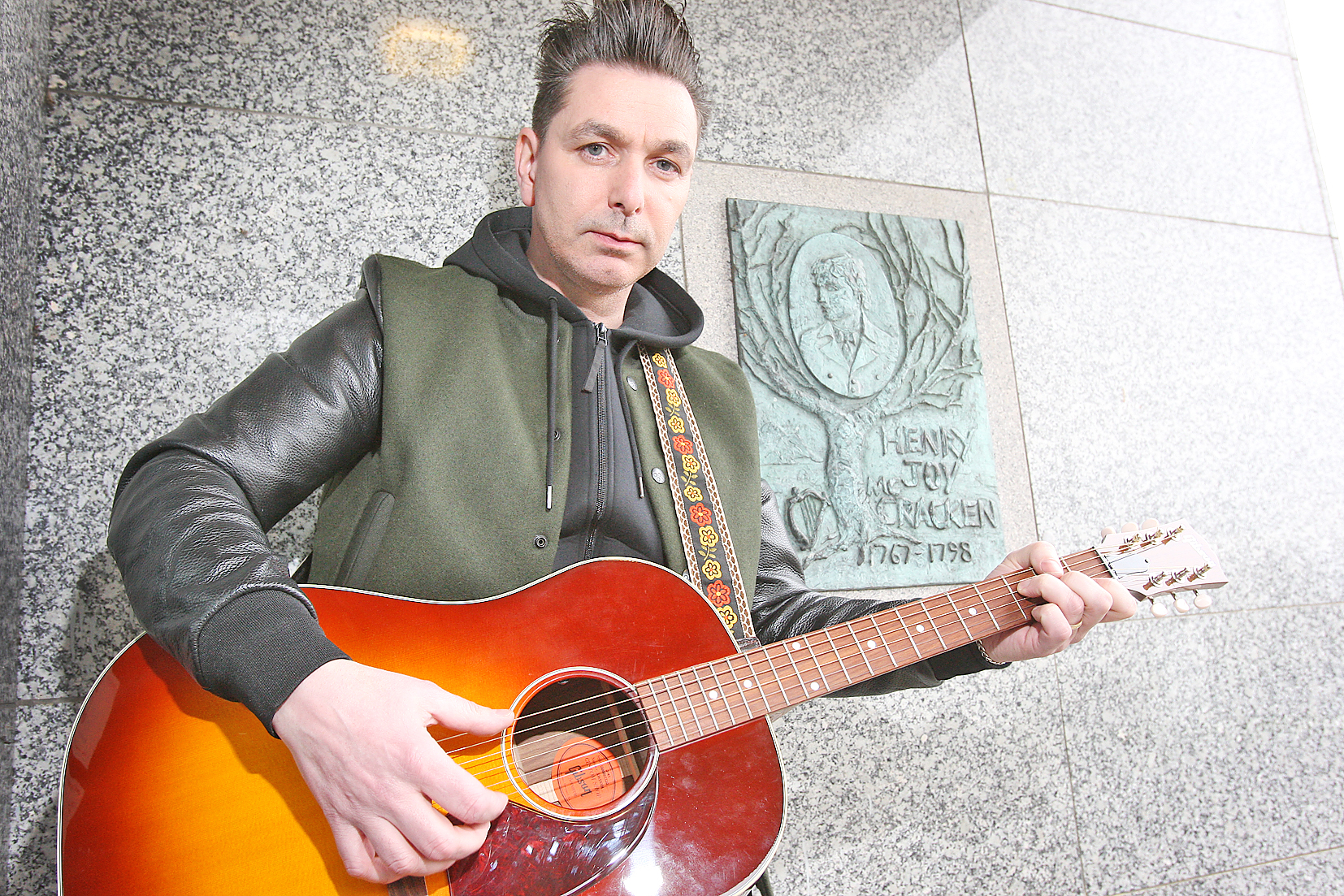 Felix Maginn and his band, Moke, begin their tour in Holland and Belgium later this month

A Belfast man is deep in rehearsals with his band ahead of a May concert in New York that’s set to take them to another level.

It’s an exciting time for Felix Maginn and his band, Moke, whose latest album, The Time Has Come, will be released in May.

“I’ve had the chance to have a bit of a whistlestop visit of my home town and then we continue rehearsals with the tour due to start in Holland and Belgium this month,” explained Holland-based Felix. “It’s a hectic time but it’s all starting to come together.”

Moke, named after Felix’s late uncle Bobby McMahon, whose nickname the band have made famous, have garnered quite a following throughout Europe with their unique take on the classic ‘Britrock’ sound. Felix told the Belfast Media Group that the band hopes to play soon in Belfast if the opportunity arises.

“I lived on the Springfield Road until I was around 17 and then went to London with a few friends and basically played all over the place at that time,” he said. “You’re talking the late 1980s, early 1990s. Our lead singer at the time had to go back home but I decided to stay on. I hooked up with a few Irish musicians from Derry and we started playing as we lived quite close by each other. You would’ve worked during the day as a runner for a video or film shoot and have your gigs at night. After the poll tax riots the government clamped down on squatters. Most if not all of us were squatting at that time and most of us were on the street pretty quick. I was going with a girl from Holland and visited with her family that Christmas. I had no plans to stay but it’s where I ended up and I’ve always continued to play.”

Fast forward to 2005 and Moke were in the middle of recording their debut album, Shorland, when they met The Modfather himself, Paul Weller, who was in Amsterdam recording his As Is Now album. Impressed by their sound, Weller personally asked the band to support him at two of his shows at The Forum in London.

A man with many hats, depending on the time of day, Felix says he worked variously as a forklift truck driver, builder and canal bridge operator to pay the incidentals.

As Moke prepare to launch their fourth studio album their latest single, Stand My Ground, has just been released with the video featuring shots of the Glen Road and stunning footage of the Mourne Mountains and North Coast.

Moke’s album, The Time Has Come, will be released in May. The video for Stand My Ground can be viewed at: www.youtube.com/channel/UCb_vZekFkO3ayU-N3Bm5eYw or follow the band on Twitter @moketheband