There is a way out of unemployment cycle 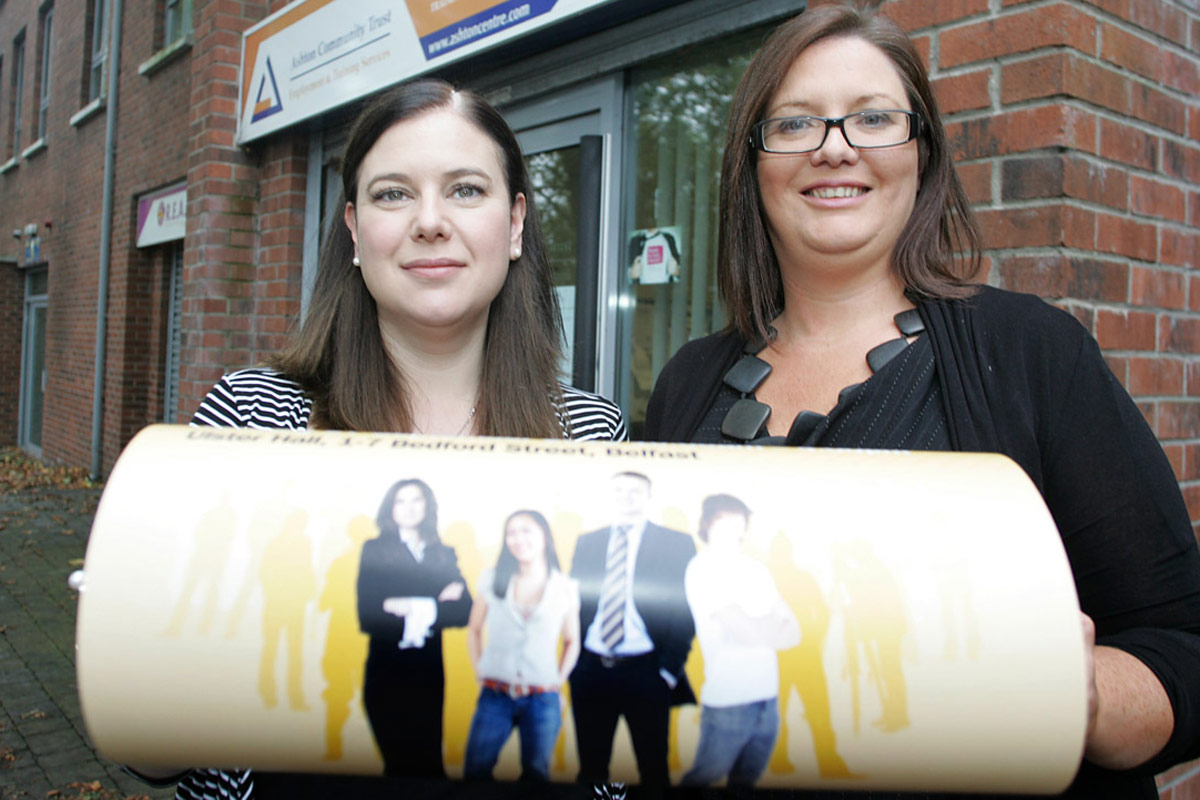 The scourge of generational unemployment is contributing to North Belfast’s place at the top of the unemployment tables, according to a local jobs worker.

Figures released last week show the North has the third highest unemployment rate across the six counties with only Foyle and West Belfast faring worse.

Part of the problem, according to a North Belfast charity that helps people get back into employment, is that many people here struggle to break away from claiming benefits because that is all they know.

Eileen O’Prey, Employer Liaison Officer with the Ashton Community Trust, says a lot of people here are third generation unemployed, meaning their parents and grandparents were also jobless, and don’t know how to even begin thinking about how to get a job.

Next week the Trust is taking part in a city-wide jobs fair at the Ulster Hall which is designed to give people who are unemployed practical advice on how to get jobs.

The fair, part of the Department of Employment and Learning’s Local Employment Intermediary Service (LEMIS) promises to have seasonal vacancies available with several major employers including Asda, Tesco and the Henderson’s Group, who own stores like Vivo and Spar, taking part.

“Statistically North Belfast is one of the highest area for unemployment which can be down to a mix of things,” said Eileen.

“There is no big employer around here that can offer a lot of people work. There is also a problem with low educational attainment. There are people who are third generation unemployed and it’s about trying to say there is another way of living out there.”

Melanie Menary, Progress to Employment Co-ordinator with the Trust, says many people who are long-term unemployed fear losing their benefits by entering the job market.

“People are afraid to take a temporary contract, losing benefits and then having a time delay when they sign back on,” she said.

“There is this mentality that maybe you will be worse off if you take a job on minimum wage and lose benefits, but you won’t.

“There is also a fear of losing housing benefit, especially in North Belfast where housing is so expensive.”

Melanie says there are ways around the difficulties that may exist.

“Although you mightn’t have your housing benefit you might have your working tax credit which will pay your rent. The message is you can work, it will be worth your while.”

But Eileen says people need to be prepared to get back in the hunt for jobs.

“It’s not just a matter of saying ‘there’s jobs out there, away you go’. What we try to do is to make sure that people are ready to work and will stick at it when they get employment and build on skills they have and grow in confidence.”

Melanie says many unemployed have skills that they don’t consider using on a CV.

“People sometimes don’t realise the skills they do have, real transferable skills. I was speaking to a client who was deaf and I asked does he have sign language on his CV and he didn’t> From that we were able to turn around the whole situation and offer that skill to an employer.”

Getting back into employment can be difficult, especially in the current jobs market, but Eileen and Melanie say the help is out there to make that step a little easier.

Only Foyle and West Belfast have more people claiming unemployment related benefits than in North Belfast, with 7.7 per cent of people claiming here – well above the average for the North of 5.5 per cent.