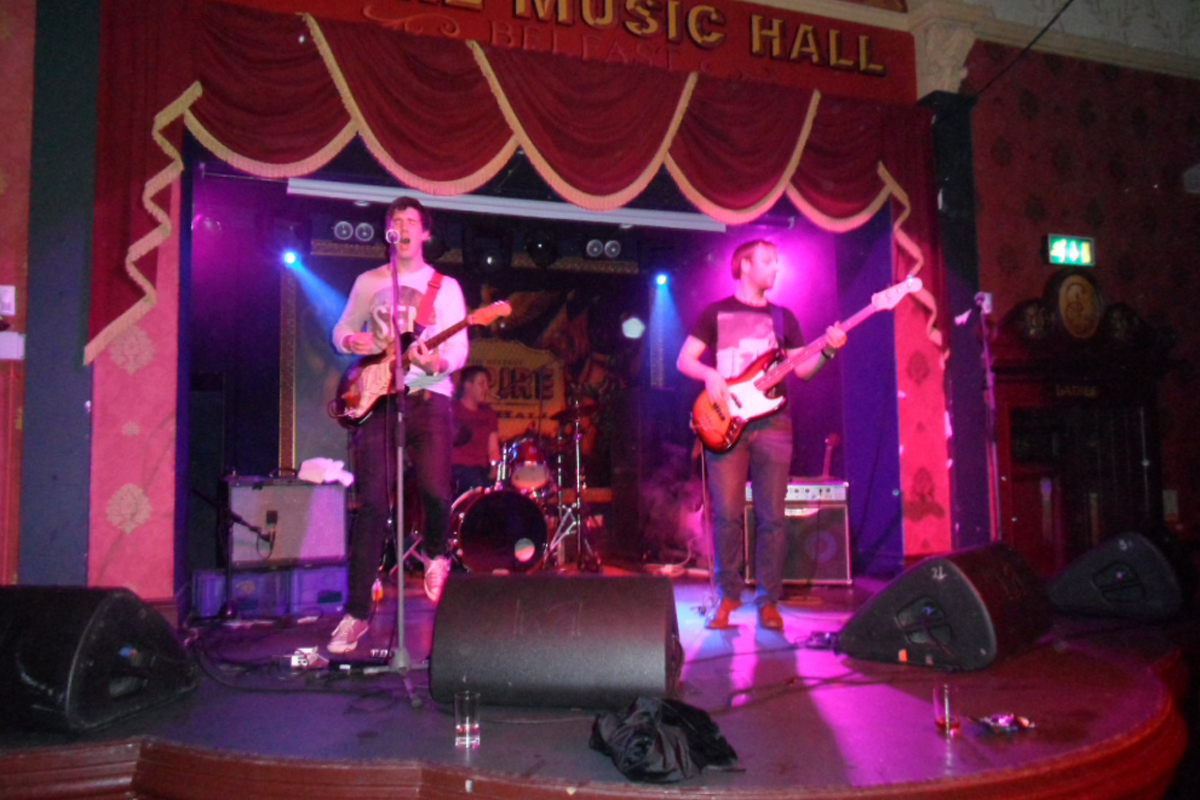 Christmas is not just about eating your own weight in turkey and opening all sorts of presents that you’ll never look at again.

It’s also about giving and for one group of South Belfast residents, that takes on a special significance each festive season as they come together to celebrate the life of one of their late friends while also raising money for a good cause.

Colin Magill died in the New Jersey town of Wildwood in April 2002 after falling from a three-storey building. Police officers found his body after residents responded to complaints of a noisy party.

The party had been in the same building the 20-year-old Malone Road man was staying, however police believed he was asleep in his room at the time and got up to open a window, losing his balance and plunging to his death. The incident was later ruled an accident by investigators.

Colin was an up and coming musician on the local scene and since his death others have held the ‘Sick City’ gig at the Empire Music Hall in his memory, while also raising funds for his parents’ chosen charity, the NI Hospice.

Speaking before the latest event, held at the Botanic Avenue venue on December 28, Colin’s friend Peter Gilmore said it was a way of keeping Colin in everyone’s minds.

“As we moved towards the first December after Colin’s death, our mutual friend Paddy Taylor brought up the idea of doing something in his honour. Colin was a musician and we were all in bands so we thought of doing something to do with that in order to keep his memory alive.

“The first gig we did was in the Limelight and we made just over £1,000, which was a lot more than we were expecting. The other musicians involved had a great time and so it became an annual thing – first in Auntie Annies and then the last three years in the Empire.

“We had to move it because it became more of a draw – others had started hearing about it and as it grew more and more came to us asking to be involved.”

“He was definitely very popular and is sorely missed by everyone who knew him. Because it’s a charity night, more people are also willing to come down and lend a hand or play, which means it is always a good night in Colin’s memory.

“Colin and I were in our first band together and so I particularly like to play homage to him each year. His family are also there at every event we do. His parents chose the NI Hospice for the first year and so we decided to stick with that because it’s such a good cause.

“There’s no question the night has gained steam over the years. We always have relatively unknown bands yet manage to get lots of people through the doors. It’s very hard to get to the bar all night but I suppose that’s a good problem to have.”

Attendees this year were treated to Peter’s band, the Callum and Doyle Show, which played well-known covers by the likes of The Clash, PJ Harvey and Radiohead. Also taking to the stage were renowned local punk band The Shakes, who reformed especially for the event.

Peter revealed by the end of the night, a total of £2,500 was raised for the hospice, a sum he said he was “delighted with”. It also raised the question of further gigs, something Peter said he was sure would happen.

“Paddy always says each year that this will be it and he’s holding no more but by the time the next year rolls around we’re always doing it again. If he ever does follow through with that I would probably take the helm by myself because it’s a great tradition to have.

“This year’s was a bit more poignant because it was the 10th we have held. That was momentous and it makes me want to definitely continue the event in one shape or another.”