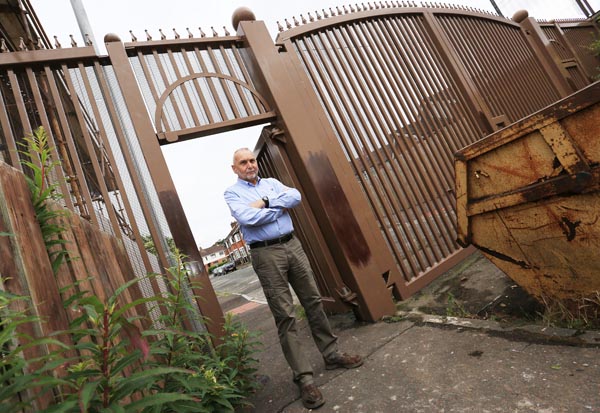 A Parades Commission decision to reroute a controversial Twelfth of July parade for the first time has been welcomed by a local residents’ group.

Monday’s determination prohibits the West Belfast LOL 739 and the Whiterock LOL 974 from walking along the Springfield Road. The parade typically made its way past nationalist homes before passing through a peace gate on Workman Avenue, and has been the source of tension in the past.

Residents have campaigned for a number of years to have the parade rerouted.

The Parades Commission determination means that the parade will not be allowed to pass through the peace gate on Workman Avenue and must instead pass through the old Mackies site. A similar restriction placed on a parade in 2005 resulted in loyalist violence, however, despite being prohibited from passing through the gate just two weeks ago the Orange Order’s Whiterock Parade passed without incident.

Seán Murray from the Springfield Residents’ Action Group said residents were “extremely happy” with the determination.

“This is the last significant determination around parading and it is a huge relief for the Springfield Road residents,” he said.

“It is a realization of the five-point plan that was drawn up by residents in 2003 to deal with parading issues.

“Every year there is tension around this parade. There has been rioting in the past, and residents have had to come out and protest against the parade. On the basis of this determination, this will the first time in 20-years where residents won’t have to protest outside their own homes.”

The peace gates at Workman Avenue have only been opened in the past to facilitate loyalist parades and the Parades Commission noted in its determination that the opening of the gates “contrasts with the wider approach to the use of the peace line” and is “inconsistent with community consultation about the design of the gates”.

The determination also notes that the Parades Commission had set out in an earlier determination on the Whiterock Parade a number of weeks ago the “wider issues surrounding parades on the Springfield Road”, which at their core was the issues relating to parades moving through nationalist or republican areas.

A spokesperson for the Orange Order said: “It’s sad that the Parades Commission are still issuing vindictive determinations, such as those thrust upon Portadown District and Whiterock LOL.

“However, in spite of this provocation and uninformed dictates, the Institution remains determined to ensure the Twelfth is an enjoyable day for all.

“We also remain committed to replacing the current parading legislation with a system fit for purpose that is equitable, transparent and accountable – all the things that the current system lacks.”

“This is the same scenario as the Whiterock Parade in terms of the reaction from the Orange Order and others,” he stated.

“They might not like the determination, but if they refuse to respect and to engage with their nationalist neighbours then it has negative consequences for everyone.”