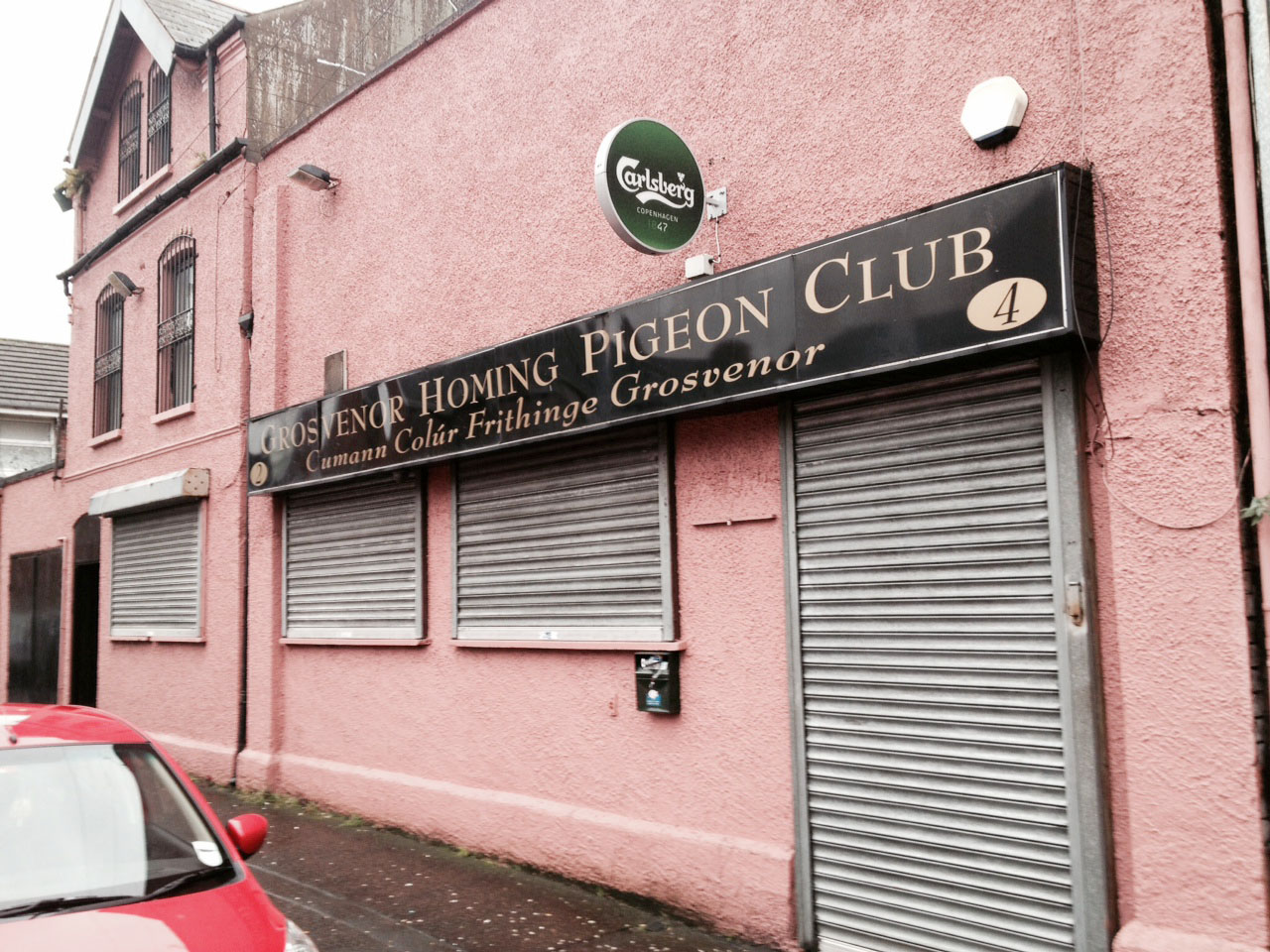 Two men shot in a paramilitary-style shooting at a West Belfast social club yesterday afternoon are in a stable condition in hospital.

Two men with scarves over their faces entered the Grosvenor Homing Pigeon Society premises in Iveagh Street yesterday at around 4pm and ordered two customers to lie on the ground. An eyewitness told Daily Belfast that at first staff and customers thought it was a joke. The two victims were then shot in the legs before the gunmen fled.

The two injured men have been named as Martin McDonald and Sean Maguire, both from the lower Falls area.

“This is the third time in two weeks that guns have been used on the streets of West Belfast,” he said. “Every attack is unjustified and the response to each and every attack must be unambiguous. People must provide information to the police."

“The community should now acknowledge what the few are attempting to achieve, those who use the gun seek to impose their will on the vast majority who are democratic. The response of the community must be as it was in past decades, a resolve to resist those who deny human rights, use the gun, oppose Irish democracy and undermine the rule of law.”

“"I am very surprised that these two men have been shot inside a bar where people are working, people are socialising, trying to get on with their daily lives and enjoying themselves,” he said.

Mr Maskey described the shooting as “shameful” and said it was an “attack on the whole community”.

Detective Inspector Nigel Snoddy is appealing to anyone who was in the area at the time and who has any information to contact detectives in Musgrave on 101.