Ulster players to undergo Covid testing ahead of August return 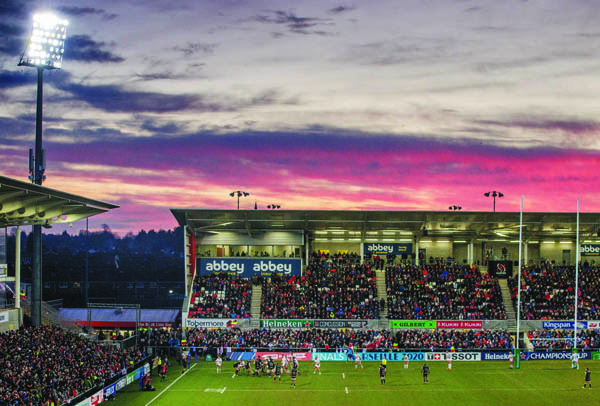 ULSTER players and staff will undergo the Irish Rugby Football Union's Covid-19 testing programme next week ahead of a return to collective training.

The governing body will start the PCR tests with Leinster and Munster this week, with Ulster and Connacht to follow.

The swab tests are part of the governing body's return-to-train protocols.

“All players, coaches and support staff will be tested before being permitted to enter their respective High Performance Centres,” IRFU medical director Dr Rod McLoughlin.

“They will also receive Covid-19 education from our medical staff as well as education on the new protocols that have been put in place at each High Performance Centre to create a controlled working environment that greatly limits the risk of infection.”

With all rugby activity suspended in Ireland since March, the IRFU plans for the provinces to play a series of inter-provincial fixtures at the Aviva Stadium starting on Saturday, August 22.

Ulster's CEO Jonny Petrie has revealed that the affect of COVID-19 forced him to abandon some of the club’s long-term plans and refocus on making the club survive through a challenging period for sporting clubs across the world.

“In the run up to COVID-19, we had the club’s business plan and growth strategy really clearly planned out, we were performing well and had reached the Heineken Cup quarter-final,” said Petrie.

“So we had all this momentum being generated, and this forward- thinking outlook, which in a way was pulled out from under our feet in a matter of days, and we had to change our goals and our focus to how are we going to survive this, but I think that’s something that a lot of businesses will have experienced during this period.”

Petrie spoke of juggling his role as CEO between three aspects of the club – the club’s high-performance athlete unit, corporate and commercial responsibilities, and Ulster Rugby’s role as a governing body for domestic and amateur clubs within the province.

“The very nature of a sporting business is that revenue is directly generated from match sales and ticket sales,” he added.

“We have rugby and non-rugby related revenues, with rugby, it is tickets, sponsorships, season ticket sales and then our non-rugby revenues would be mostly events and conferences held within the stadium.

“When two of your main streams of income are effectively gone like that it means you have to look at expenditure and that has been difficult.

“We are a not for profit company but still have commercial responsibilities so striking that balance has been a challenge.

Although we can’t come together, we will #StandUpTogether!

Thank-you from everyone at Ulster Rugby for your continued support ♥️🤍#SUFTUM pic.twitter.com/thwgBeOit4

“How you act now is a measure of how you will be viewed in the future by people so how we deal with people now is a big part of what we do, so we are hoping to emerge from this  being viewed in a positive light and can focus on recovery,  growth and moving forward.”

Petrie revealed that Ulster Rugby’s gym had been virtually emptied out with players borrowing equipment to continue their training at home when the initial lockdown announcement was made but acknowledged it has been a difficult transition period.

“For our high performance athletes, structure is everything and they’re so used to having everything planned out to a tee all the time week to week, when that’s gone, it’s difficult, you have to find a way of keeping them together, motivated and connected.”

He also paid tribute to Ulster Head Coach Dan McFarland for doing an “incredible job” of looking after over 40 of the club’s athletes, and said while it was important for all players and staff at the club to use the time away from the pitch to freshen up – it was also important to keep on top of it.

“When we do come back, we want to come back and be able to make an impact quickly, across all aspects of the club, so everyone needs to be able to do that,” he added.