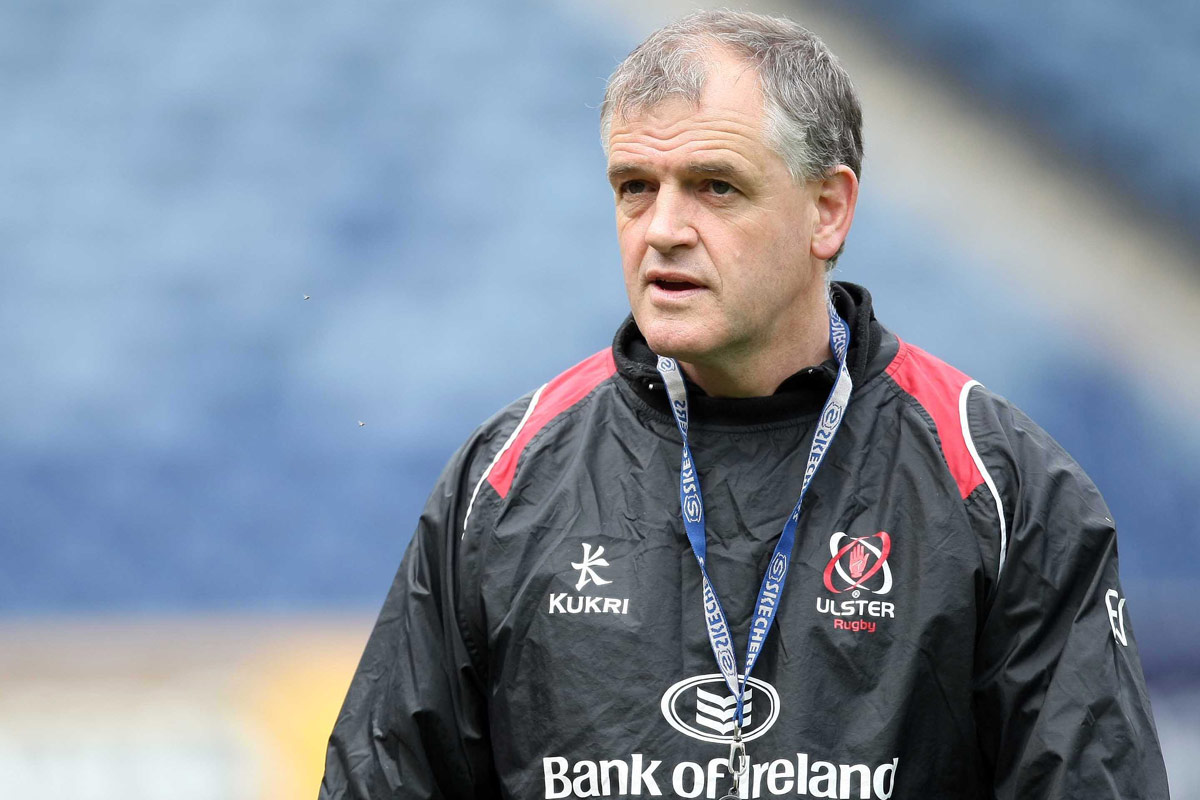 Ulster emerged from the pool stages for the first time since they lifted the trophy back in 1999 but face a tricky opener on Saturday when high-flying French outfit Clermont Auvergne roll into town.

McLaughlin’s side had been on a worrying four-game losing streak but arrested their decline with a welcome 22-3 victory over Connacht in the RaboDirect PRO 12 at the weekend.

That performance was a welcome boost ahead of such a key game but the Ulster coach acknowledged that his side will need to be ruthless if they are to succeed on Saturday.

“Obviously we are very pleased with the result. To get a huge win to put us back on the straight and narrow was very important for us,” he said.

“It was a huge boost for us. We were coming off the back of four defeats but we always knew we were a good side so it was important for us to turn in a good performance at the weekend and we thought we did that.

“Our set-piece was rock solid. We created loads of chances and the key thing is that the confidence we gleamed from creating – we just have to make sure that this week, in such an important European game, that we take those chances and don’t squander them.”

That victory may have come at a cost as Ulster may be without the services of injured trio Stephen Ferris (twisted ankle), Tom Court (knee) and Johann Muller (arm) for this weekend’s game although it is now hoped they will be passed fit.

Ruan Pienaar is a long term absentee due to a hamstring problem and will definitely not be available although Ulster were boosted on Saturday as New Zealand prop John Afoa made his debut.

McLaughlin paid tribute to the newest member of the squad as he took to the field less than 48 hours after arriving in Belfast but he believes he has already seen enough to prove that the World Cup winner is a class act.

“I’m very happy because we put him under a bit of pressure,” admitted the former Ballynahinch coach.

“For the poor fella to come off a massive flight from New Zealand and then less than 48 hours later to throw him into a match.

“To be fair to him he did really well. Our scrum was rock solid in the first half and he showed us that he is very capable and very talented with the ball in hand so that is excellent for us.”

Last season, Northampton Saints halted Ulster’s European adventure in the quarter-final but this was a relative success given the fact they had not been at that stage of the competition for 12 years.

The goal is to at least repeat the achievement of qualification for the knockout stages but must negotiate a tricky pool that includes Leicester Tigers, Aironi and Saturday’s opponents.

The French side sit second in the Top 14, one point behind Toulouse and while they have enjoyed a storming start to their domestic campaign, Vern Cotter’s side fell to a 29-6 defeat against the league leaders at the weekend.

However, they will enter the Heineken Cup opener as favourites and boast an array of household names such as Lee Byrne, Julien Bonnaire, Brock James and Aurelien Rougerie to name just a few.

McLaughlin is aware of the quality of Saturday’s opponents but says everyone is looking forward to the challenge and has called upon the Ravenhill crowd to get behind his side and create an intimidating atmosphere for the visitors.

“It’s important we build upon last season’s performance. Last season we did something that no Ulster side had managed to do in a long time so we have to back that up,” he added.

“We have a really fantastic challenge with the group that we are in with Clermont, Leicester and Aironi.

“That is a fantastic challenge for us so we have to step up to the plate this weekend.

“We are looking forward to Clermont coming to Ravenhill.

“They are a top quality side but we reckon that we have a side that on our day if we can perform to our ability, we are very capable and can compete with anybody.

“That (home support) is a very important thing for us. We love playing at Ravenhill and we love the crowd behind us so this week will be no different.

“We really need the crowd to get behind us and put that little bit of doubt into the minds of the Clermont players.”