Unionists hide in City Hall from the genie outside 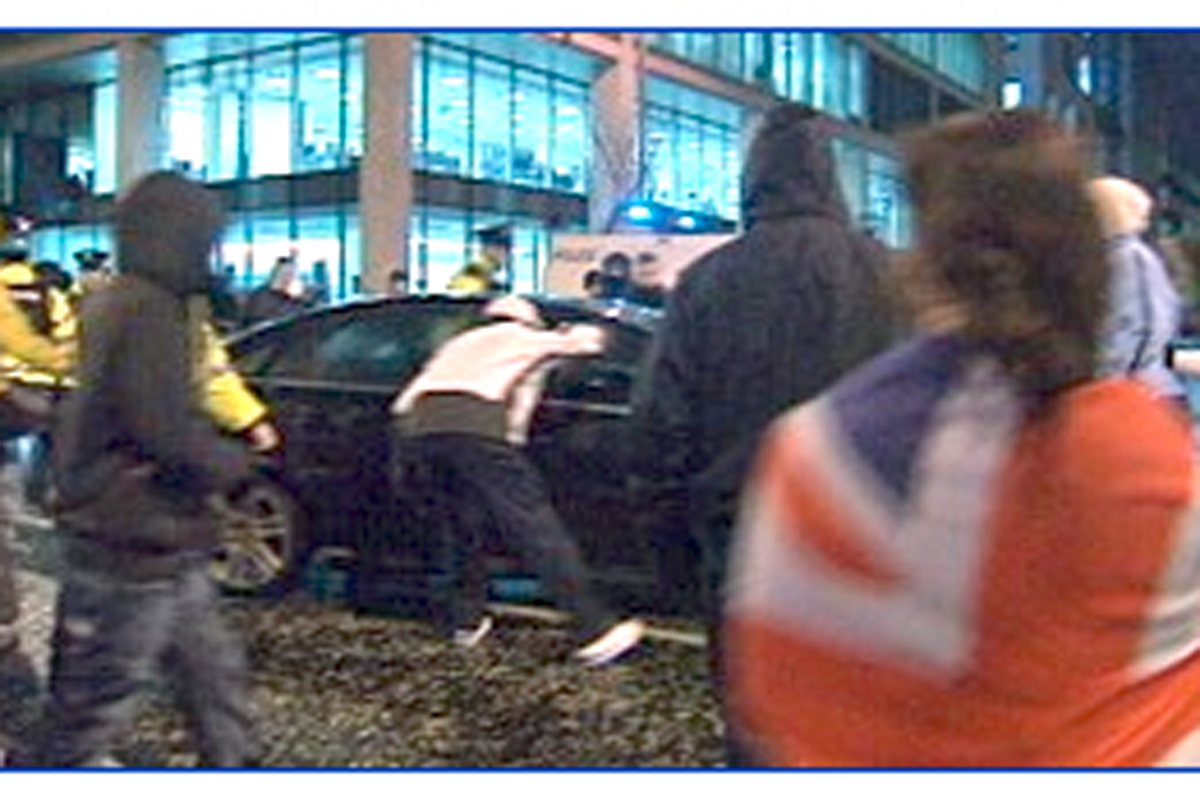 As we drove out of City Hall, our cars being kicked and attacked by the cream of loyalist East Belfast on Monday night, a colleague remarked: “This must bring you back.”

It’s true that in the early years of Sinn Féin intervention in the Council – back in the grim eighties –  unionists would occasionally call on the UDA or UVF to send a van-load of heavies down to City Hall to try to prevent Alex Maskey accessing the Dome.

But, in truth, I can’t remember a unionist mob at City Hall trying to stop me entering or leaving the Dome when I was a councillor from 1987 to 1997.

This week, unionists called the troops to the barricades on Thursday past and again on Monday to barrack our excellent young Lord Mayor – who like the rest of humankind makes a mistake now and again.

This they did with some style: ‘No Surrender’ and ‘The Sash’ were just two of the festive party pieces emanating from the mob who blocked cars from leaving City Hall after Monday night’s meeting.

The meeting itself was a textbook lesson in snatching defeat from the jaws of victory. Last Thursday’s monthly meeting of Council was a rare moment for unionism: they could bash Sinn Féin with abandon. But then they overstepped the mark. When the Lord Mayor apologised, some within unionist ranks, exhibiting political nous, decided to accept that statement, bank it  and move on.

Others, however, decided to push on into the big muddy, insisting the Monday night special meeting to chastise the Lord Mayor would go ahead, regardless of the fact that the cadet involved and her family had accepted the First Citizen’s apology.

Thus did the same political parties who for 100 years banned a Catholic from high office in the City of Belfast gather for a second bite at the Lord Mayor on Monday night.

Outflanked, out of ideas and out of their depth, the unionists not only lost the vote 29 votes to 19 but they then had to deal with the anger of the mob at the gates. When the deputy Lord Mayor Ruth Patterson – she who last week refused to shake hands with the head of the SF Council group – went out to address the faithful, she was jeered and shouted down. This was followed by chants of “DUP sellouts” and “Come out and address the people who elected you.”

Ultimately, the very unionists who had let this genie out of the bottle couldn’t exit City Hall post-Monday’s meeting. While the SF contingent took the generous PSNI offer of having a way cleared through the protesters, the unionists held back, fearful of the reception which awaited them.

How did it come to this? I have no idea, but hopefully Peter Robinson is watching and will get a grip on things in the Dome. Up in Stormont, he and Martin McGuinness are a talented twosome, giving leadership to our oft-divided people. In City Hall, however, unionists are in a huff about losing power and influence due to demographic and political changes.

Instead of watching the adroit political response of the Alliance Party to the Lord Mayor’s faux pas (and who is to say Alliance doesn’t understand the unionists of East Belfast better than the DUP at this moment in time?), unionists pandered to the lowest-common denominator, bringing on to our streets the ne’er-do-wells who think screaming “IRA scum” at Sinn Féin Councillors as they drove from City Hall is a political strategy.

In the meantime, let’s say it again: there is more uniting our people than dividing them. Let’s highlight the positive, then, as we move towards the launch early in 2012 of the biggest-ever Belfast City Council initiative to build our shattered economy.

In this season of goodwill, as we look forward to a Nollaig Shona sign going up on a City Hall which once guldered ‘Belfast Says No’, let’s say ‘Yes’ to a shared city where all our people are treated with equal respect.

n You can follow Máirtín Ó Muilleoir on www.twitter.com and you can watch a webcast of the December monthly meeting of full Council at