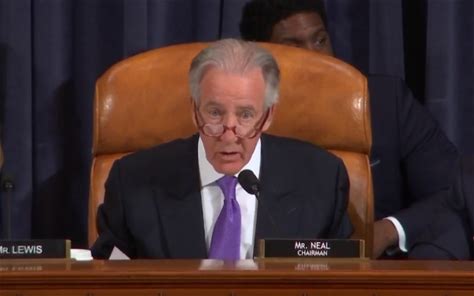 IN Ireland, we have a reputation for welcoming the stranger – it’s a central plank of our tourism industry. But for some here in NEI, the slogan is ‘Stranger Danger!’

Even after his departure, Congressman Richie Neal ­leaves behind him a considerable amount of clench-jaw and teeth-grit among unionist politicians. They judged the Chairman of the Ways and Means Committee to have made two mistakes: His words on  the Protocol, and his words about unionists.

First the Protocol. Neal said it seemed to be a “manufactured problem” which could be resolved “quickly”. Whoa!

Derry’s DUP mayor asked the American delegation to be “careful with their words”. DUP MLA Gordon Lyons said that Neal  clearly had a “fundamental misunderstanding” of the Good Friday Agreement. DUP leader Jeffrey Donaldson declared Neal’s visit “terrible” and his description of the Protocol “outrageous”.

What they saw as outrageous was that  the American delegation appeared to suggest the Protocol wasn’t really the rending-of-garments matter the DUP were claiming.  And the Americans could have pointed to supporting evidence.For example, the National Institute of Economic and Social Research a week or two back said that NEI was performing above the average UK rate. “This is partly an outcome of the Northern Irish Protocol and its special status in the Brexit arrangements, including better trade and investment conditions as part of the EU’s single market and customs union.”

Richie Neal is apparently a fan of Derry Girls. Says he has watched some of the show and says it demonstrates that politics is about the future. pic.twitter.com/3zG74V6b8n

You might have thought that the more rational response to Neal’s “manufactured” charge would be to show how the Protocol isn’t manufactured, but Jeffrey and Gordon and the rest were so busy being outraged,  Mr Rational had to take a seat in the corner and keep schtum. The Protocol problem couldn’t possibly be manufactured, otherwise the DUP would have sent their newly-elected MLAs to the Assembly and Executive, and would have made possible the release of more than £400 million to help hard-pressed citizens. An appalling vista.

I have no sympathy with the argument that the Protocol is wreaking havoc on the NEI economy. Jeffrey Donaldson finally claimed the protocol is costing NEI £535 million a year. However, when The Journal did a fact-check on his claim, it was clearly based on some pretty wobbly figures derived from a very small number of companies, and The Journal’s verdict was that it proved nothing.

In contrast, figures from the Central Statistics Office (CSO), show that imports from NEI to the South in the first eleven months of 2021 increased by 64 per cent compared with January to  November 2020. Exports from the South to the North  in the same period were increased by 48 per cent.

So it looks very much as though this claim of economic disaster is actually a fig-leaf, hiding what really is bugging the DUP – the fact that a return to Stormont would mean having to formally accept that nationalists/republicans had now secured the position of First Minister. The Deputy First Minister, of course, has precisely the same powers as the First Minister – they’re Siamese twins. One can’t act without the okay of the other.

First Minister designate @moneillsf says the public "deserve politics to work" and encourages the DUP "to eventually to the right thing."

In fact, the whole First Minister/Deputy First Minister brouhaha would have remained a paper dragon, except the DUP have been beating the drum and yelling about the horrors of a Sinn Féin First Minister for so long they find themselves in a very uncomfortable position now that the horror has become reality.

Shakespeare as always put it best: The DUP have been hoist with their own petard. 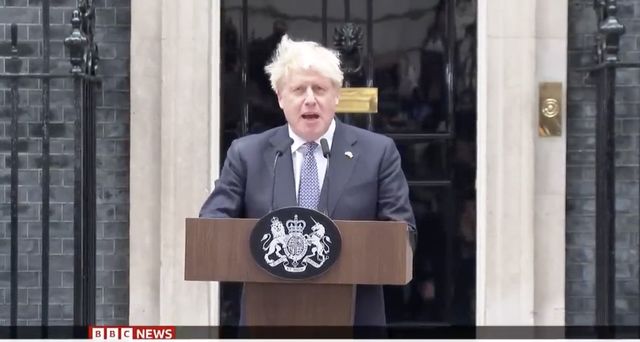