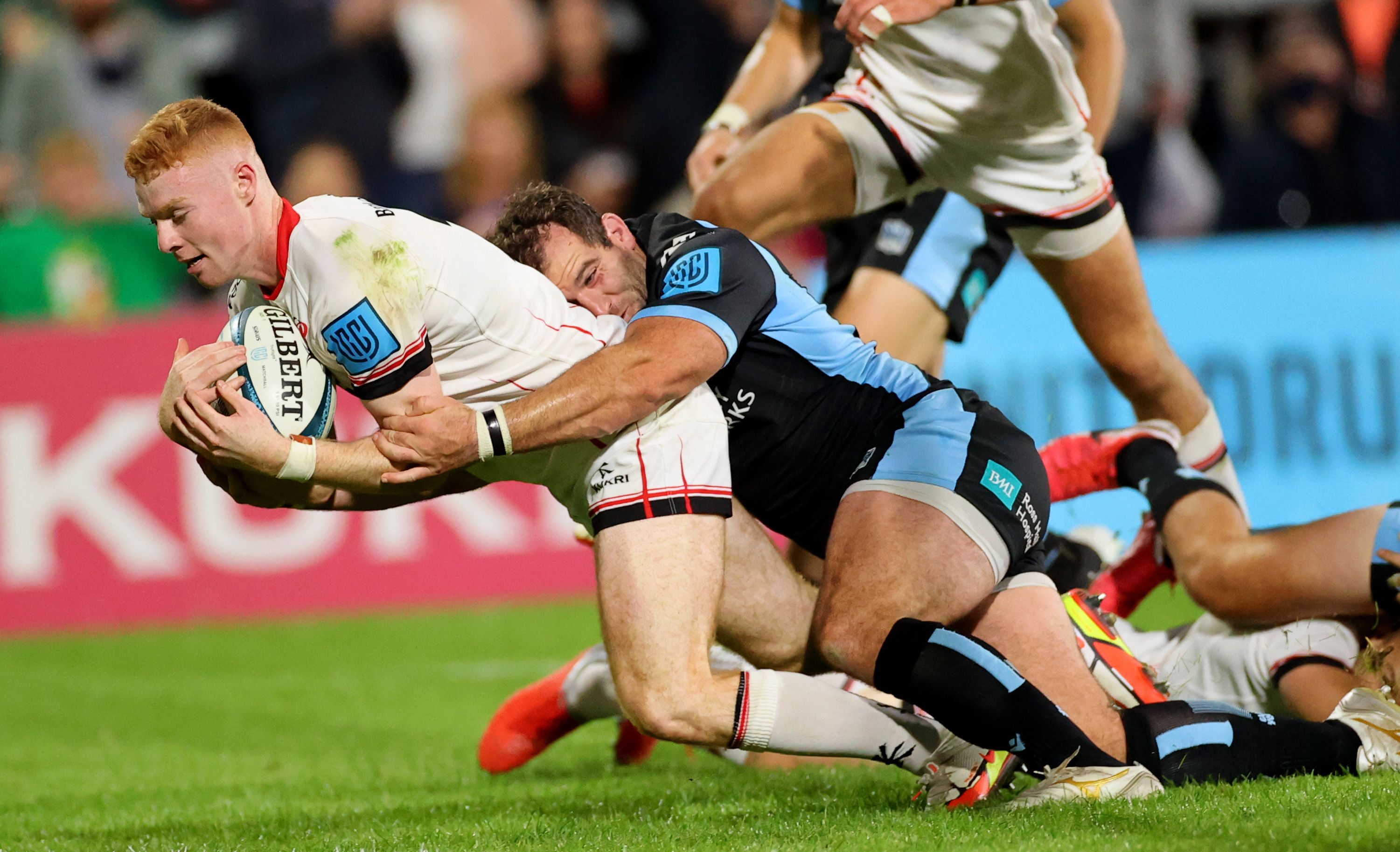 ULSTER will aim to make it two wins from two in the United Rugby Championship when they make the strip to the Stadio Sergio Lanfranchi in Italy tomorrow to face Zebra (5.15pm kick-off).

Dan McFarland's men opened with a thrilling 35-29 win over Glasgow Warriors at Kingspan Stadium last Friday to get the new season off to an excellent start, but it dod come at a cost with John Cooney hobbling out with a hamstring injury that keeps him out of tomorrow's first away fixture of the campaign.

In his place at scrum-half comes Nathan Doak with the 19-year-old set to make his first competitive start for Ulster.

Doak, who scored his first senior try against Glasgow Warriors last Friday, has been named alongside Billy Burns at out-half. In the midfield, James Hume has been paired up with Stewart Moore. Ethan McIlroy makes a positional switch to the left wing, with Craig Gilroy coming in to take up the right wing position, and Will Addison named at full-back.

It’s all-change in the front row with Eric O’Sullivan and Tom O’Toole coming in to prop at either side of Rob Herring, who will be just one appearance away from the ‘200’ milestone when he takes the field tomorrow.

Alan O’Connor will skipper the Ulster side, and is partnered by Mick Kearney in the second row. Matty Rea is selected at blindside flanker, and Nick Timoney switches to openside, with David McCann named at Number Eight.