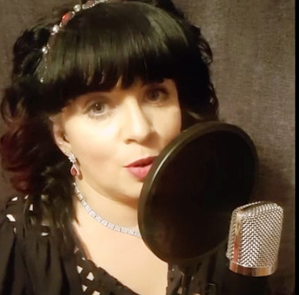 ON SONG: Mairaid is causing a stir with uplifting new number

A local musician has released an uplifting new song to help people cope with the lockdown blues.

Crumlin singer-songwriter Mairaid McMahon’s self-released track, titled ‘When This is Over’, looks to a hopeful future beyond the Covid-19 pandemic.

Despite having written music for a number of years, this is Mairaid’s first vocal performance on one of her own songs.

“It was inspired by lockdown and I thought ‘well I’m not going to have to face anybody if it goes badly wrong’,” she joked.

“The only place you’ll ever hear me singing is at Mass. I used to run the choir in the parish at home, but I never really considered myself a singer to be honest.

“I love singing and I enjoy it, but I’m not Adele by any stretch of the imagination, but I really love writing songs and I wrote that wee song about the situation we’re all in.

Her own modesty aside, Mairaid’s newest song is, perhaps, the perfect soundtrack for the times we’re living in; a stripped back and soothing piano melody accompanying an uplifting vocal performance. The public response has, of course, been overwhelmingly positive too.

“I never expected it to get anywhere near 1,000 views, and I’ve had well over that on Facebook, YouTube and all that. People have been commenting and people who I don’t even know have been sharing it into other groups.”

She added: “It’s really lovely and if it gives somebody a smile for a couple of minutes then it’s worth it – we all need it at the minute.”

Although the lockdown is unlikely to be fully lifted in the short to medium term, luckily, Mairaid has some more music on the way.

“I’ve got hundreds of songs written – the world is going to regret ever liking my video,” she laughed.

“I wrote a song about ten years ago called ‘What Are You Waiting For?’ and it was written a bit at myself. It was kind of telling myself that if there’s something I wanted to do I should just go do it. The chorus is basically about if the world was to end tomorrow, how would you feel if you hadn’t done all these thing? That sort of feels like it’s quite relevant now, so I think I might go for that one next.”