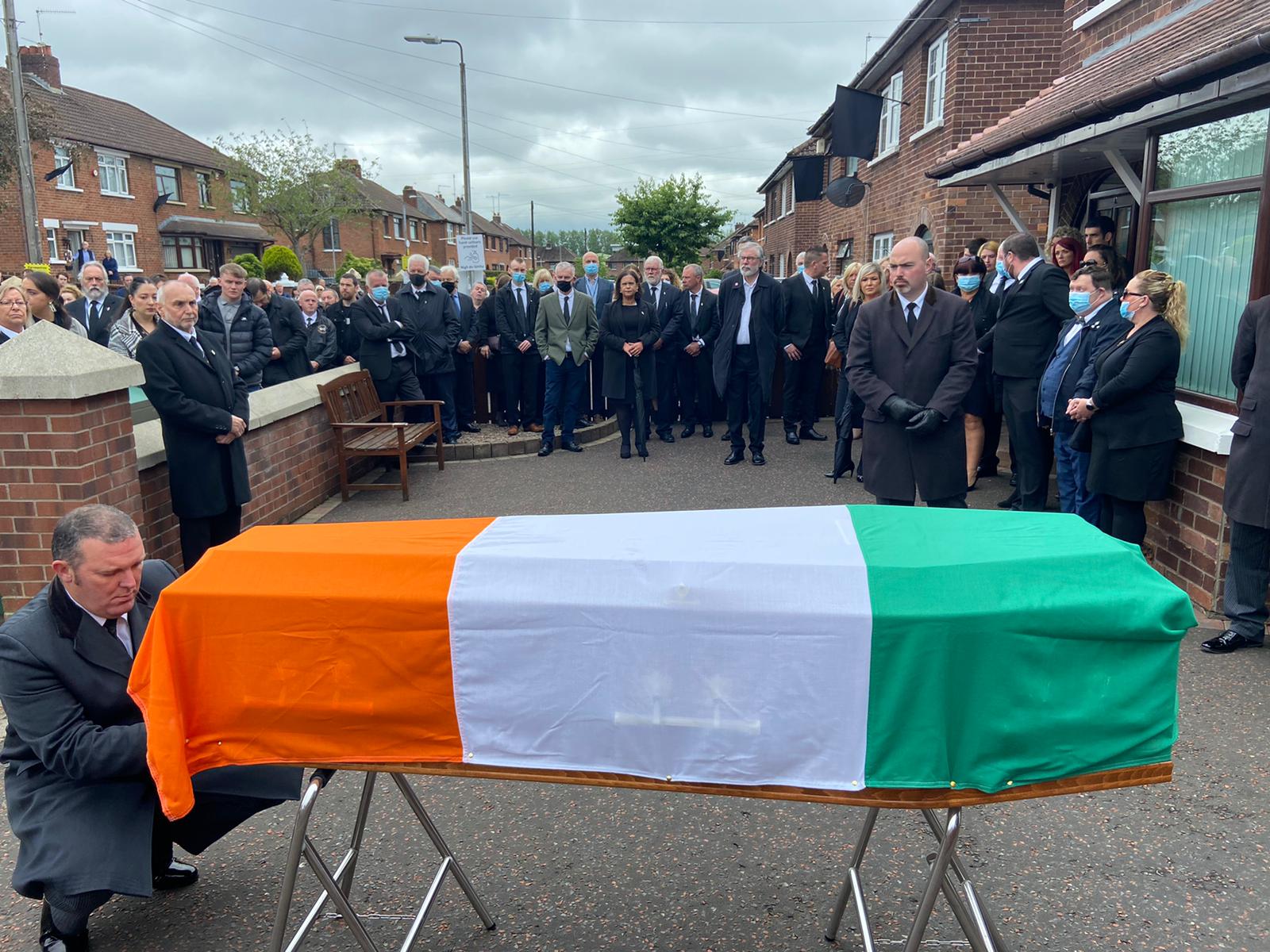 APOLOGY: Controversy over Bobby Storey's funeral has continued all week.

His Tricolour-draped coffin was carried from his home at Owenvarragh Park earlier for requiem mass at the nearby St Agnes' Chapel.

Large crowds lined the route from this home to the church with many mourners dressed in white shirts and black ties.

His family took the first lift of his coffin outside his home.

A senior figure in the republican movement since his youth, Bobby Storey was first interned on his 17th birthday in 1973.

He was remanded on IRA charges repeatedly in the 1970s including for a period in England. Close to the end of the H-Block hunger strike in 1981, he was arrested after an attack on the British Army in Andersonstown and subsequently spent 13 years in jail.

He was among the leaders of the 1983 Great Escape of 38 republicans from the H-Blocks.

In recent years, he was Chair of Sinn Féin in the North.

After funeral mass, he will be interred at the republican plot in Milltown Cemetery where Gerry Adams will deliver the oration.