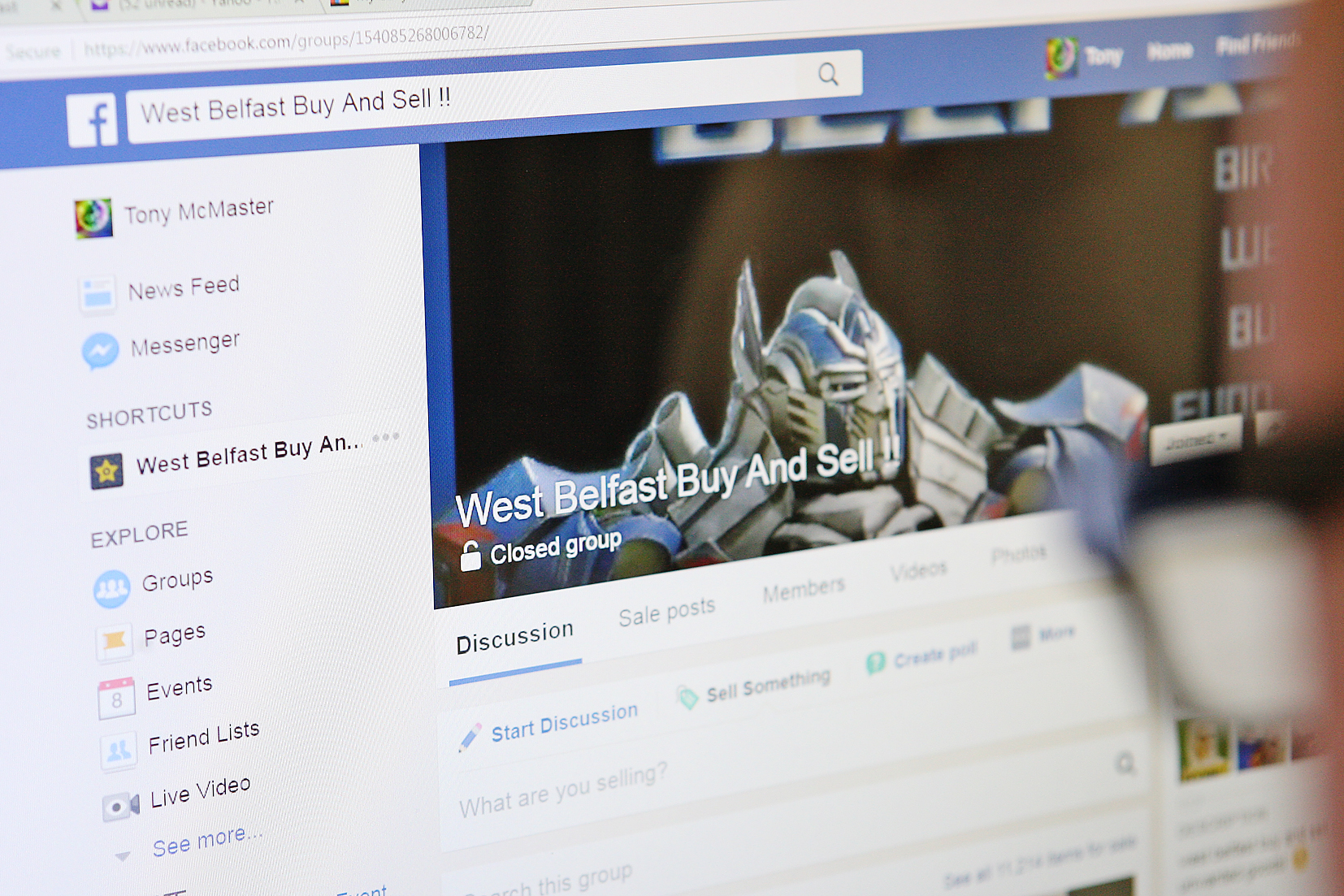 SICK internet trolls have shared private images of children, people with disabilities and even the deceased on a local Facebook group alongside derogatory comments taunting local families.

The ‘West Belfast Buy and Sell’ Facebook page was first targeted last week. Most of the posts are too malicious for the Andersonstown News to publish. Three families in West Belfast – who have been on the receiving end of the trolls – have blasted the lack of action against the offenders with one saying it “needs sorted as soon as possible”.

Tony McMaster said the police have been “as useful as a chocolate teapot” after he reported that images of his deceased relative had been posted to the site.

“To be honest I’m more angry at Facebook itself than the trolls. I contacted them describing the guilty profiles and as usual you receive an automated message saying it does not go against their community standards,” he said.

“They are using fake profiles that Facebook warn go against their community standards. The group has no administrator monitoring the site which also goes against the community standards, yet the company have completely washed their hands of it, just blatantly let it go despite the indecent images and derogatory comments up there too.

“There are rumours flying about that people have hacked the group and members’ accounts. I contacted the police but they’re as useful as a chocolate teapot. They need to step it up, if this was the Malone Road Buy And Sell site things would be different. Let’s be honest if I took £5 from a bank without the authority to do so they would be at my door in five minutes, so why isn’t it the same for personal pictures? And I don’t just mean my late relative but the young kids and vulnerable adults being subjected to abuse on that site, it’s disgusting.”

West Belfast mum Michelle Dorrian said the situation is “out of control”after having around 10 pictures of her family, including her disabled son, posted on the site leaving her tormented.

She explained: “I have a couple of pictures of my son, Ryan on Facebook so that my family can see what he’s been doing and how he is, but I think some of the photographs where poached are from somewhere else. The thought that someone would go into your profile and do something like this is disgusting.

“It's unbelievable they can get away with saying things like that about young children as well as my son and daughter. I've been up all night thinking about it.

"I've tried to report it and have contacted police, but it seems like nobody is able to do anything. Somebody should be able to stop this."

Young mum Michelle O’Neill said the trolls have caused ‘untold distressed’ throughout the community, targeting her son and late partner.

She said: “I found out by a friend mailing me and telling me that the picture was put up. I went on to see and I felt so hurt and disgusted that someone would take the picture off my son and Christopher and mock it.

When members of the public reported the issue to Facebook many received an automated response suggesting simply leaving or ‘hiding’ the group. The message reads: “We've looked over the group you reported, and although it doesn't go against any of our specific Community Standards, we understand that the group or something shared in it may still be offensive to you. We want to help you avoid things you don't want to see on Facebook.

“From the list above, you can also hide, unfollow or leave West Belfast Buy And Sell!! directly.

“If you find that a person, group or page consistently posts things you don't want to see, you may want to limit how often you see their posts or remove them from your Facebook experience.”

Police said that they are currently examining the contents of the page and urged people to be mindful of the material they post online.

“When posting comments on social media or elsewhere on the internet there are a number of laws to be mindful of including libel, contempt, harassment as well as discrimination and public order legislation,” advised Inspector Roy Burnside.

“Social media users are personally responsible for the content they post and there can be both criminal and civil law implications to posting comments online.

“Where a report is made to police of possible criminal offences officers will always investigate and where evidence exists prosecutions will be sought.

“Anyone who has any concerns is asked to contact Police on the 101 number.”