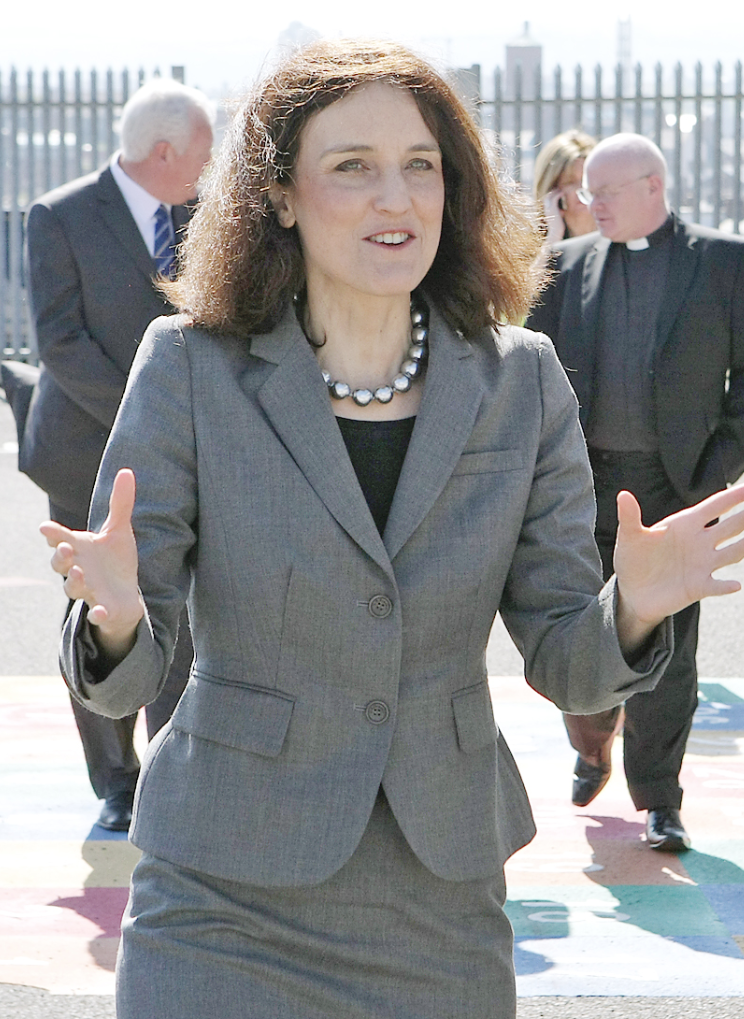 Secretary of State Theresa Villiers moved to pour oil on troubled political waters yesterday when she said after meeting senior party figures that she shares the assessment of Chief Constable George Hamilton that the IRA still exists but is not involved in paramilitary activity.

Senior unionist politicians had demanded to meet Ms Villiers in the wake of a new crisis triggered by last week’s claim by the PSNI that members of the Provisional IRA had been involved in the Markets killing of Kevin McGuigan 13 days ago.

There was ill-disguised disappointment in unionist circles at Ms Villiers muted response to the latest controversy to engulf the political institutions, but Sinn Féin – who have also met the Secretary of State to discuss the impasse – are also irked by her assessment that the IRA is still in existence. They continue to insist that the organisation has stood down.

“My understanding is very much in line with that of the Chief Constable, that a number of the organisational structures of the Provisional IRA still exist but that there is no evidence it's involved in terrorism or paramilitary activity,” said Ms Villiers yesterday.

“I think the crucial thing for politics in Northern Ireland is that all political parties support and embrace the principles of democracy and consent. I'm satisfied that is the case in terms of the parties in the Assembly. Were it to change in future that would obviously have very serious implications, but it is clearly the case, as far as I can see, that all the parties in the Executive support the Belfast Agreement and the principles of democracy and consent determining Northern Ireland's future.”

“There are many republicans, including myself, who were in the IRA, who joined Sinn Féin, who are involved with the peace process and put all our energies into that. To be very clear so there is no ambiguity, whoever was involved, whatever they claim for themselves in terms of the two killings and the two families who are now grieving, this society has moved past killing and should have moved passed killing. We should be joining together to make sure that everybody is of one voice and that the people who were involved in these killings be taken off the street.”

After his meeting with Ms Villiers yesterday, UUP leader Mike Nesbitt upped the ante when he said that his party would be considering its options over the next two days – and among those options is an Assembly walk-out.

"We need credibility if we are going to maintain these institutions of government," he said. "We need honesty and we need parties that are prepared to build trust with us."

Lagan Valley DUP MLA Jeffrey Donaldson, who’ll be part of a party delegation meeting Ms Villiers on Thursday, said if it’s found that former republican prisoners were involved in the killing of Mr McGuigan then the Secretary of State should revoke their licences and return them to prison.

“The police have indicated that members of the PIRA were involved in the murder of Kevin McGuigan,” he said.  “We want to know the extent and nature of any so-called command structure and who authorised this attack.  If it is established that former PIRA prisoners were involved, then the Secretary of State must ensure their licences are revoked and they are returned to jail.

We are facing a very serious situation which is distinguished from any previous crisis in that the PSNI are very clear in their assessment that PIRA members have been involved in murder. We entered government on the basis that everyone in the Executive supported the police, the courts and the rule of law. There can be no fudging of this issue and we will take every possible step to ensure the democratic process is not corrupted.”