Visitors to Spain risk repeating the fate of the Armada 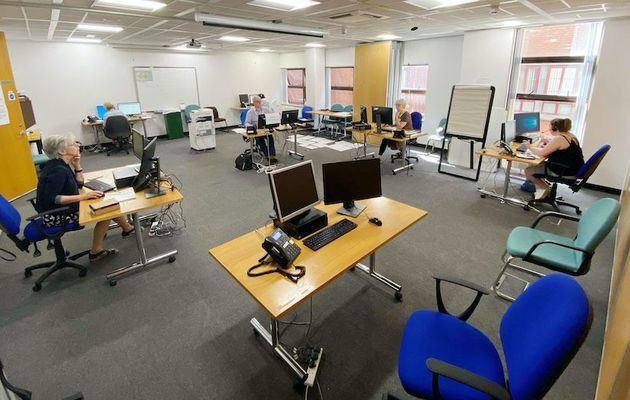 QUARANTINE HAS BEEN PERFECTED OVER THE AGES: The Belfast contact team which has been set up to trace, test and isolate anyone found to have the coronavirus

This week has been saddened by the passing of John Hume who was indeed the greatest living Irishman RIP. For the rest of us, it is nearly 500 years since the Spanish Armada shipwrecked upon our shores and this last week Irish Ministers met in Dublin Castle to consider the effects of Irish visitors turning up on Spanish shores where pandemic cases are peaking in Barcelona and in other resorts threatening to wreck holidays.

In Britain the loosening of the lockdown has been slowed and outdoor events such as the FA Cup and Grand Prix curtailed. The pandemic shows little sign of going away and there is concern that background incidence and prevalence are not receding though the Russians have a vaccine with China to follow.

New quick tests have been developed.

The discipline of keeping to well-crafted public health advice has been underlined by cases which may have arisen due to flagrant disregard for the advice on beaches, raves and other partying.

If you go to see the doctor and the doctor says take these tablets and keep in the same temperature for five days most heed that advice.

Do not take half the tablets and head out to the pub at the first opportunity.

This condition is worse. No one can successfully treat you, it may kill you or you may not fully recover. Therefore, do whatever is advised as necessary to avoid it. These are the only weapons we have without a vaccine.

Man has developed quarantine successfully over the age and it works.

There is a real effort being made to get a #ZeroCOVID policy adopted across the UK. Scotland's @NicolaSturgeon is providing brilliant leadership as she demonstrates in this clip from her press conference. Let us all hope the other nations join in. pic.twitter.com/P8jaCvJui5

There has been much talk of an all-island approach by Dr. Gabriel Scally and hopefully at the North South Ministerial Council.

This week another medical hero, not from Scoile Mhuire but probably from neighbours Inst, spoke at Féile An Phobail, noted obstetrician Jim Dornan, about harmonising health services,melding the HSC into the HSE.

There is a lot of scope with cross-border obstetrics, radiology for Donegal in Derry, the use of the South West Acute Hospital in Enniskillen by Sligo, Cavan and Monaghan and the need to resolve acute hospital services on the M1 corridor to Dublin which so many have taken to Spain to follow the descendants of the Armada.